The crew of Expedition 40 is safely back on Earth after a five-and-a-half month stay aboard the International Space Station. Soyuz TMA-12M touched down in Kazahkstan this morning at 8:23 a.m. local time (2:23 UTC, 10:23 p.m. Wednesday EDT), carrying NASA astronaut Steve Swanson and Russian cosmonauts Alexander Skvortsov and Oleg Artemyev. The trio launched to the station in March, and served on Expeditions 39 and 40.

For the next two weeks, the ISS will operate with the three-person crew of Reid Wiseman, Maxim Suraev and Alexander Gerst. Suraev is currently in command of the station, which has switched to Expedition 41.

The next scheduled crew launch is Sept. 25, when Soyuz TMA-14M is scheduled to lift off from the Baikonur Cosmodrome in Kazahkstan, carrying Barry Wilmore from NASA, and Alexander Samokutyaev and Elena Serova from Roscosmos. Serova will be the first Russian woman to serve aboard the ISS, and just the fourth female cosmonaut. Her predecessor is Yelena Kondakova, who made two trips to Mir in 1994 and 1997.

Here are some pretty pictures from the landing: 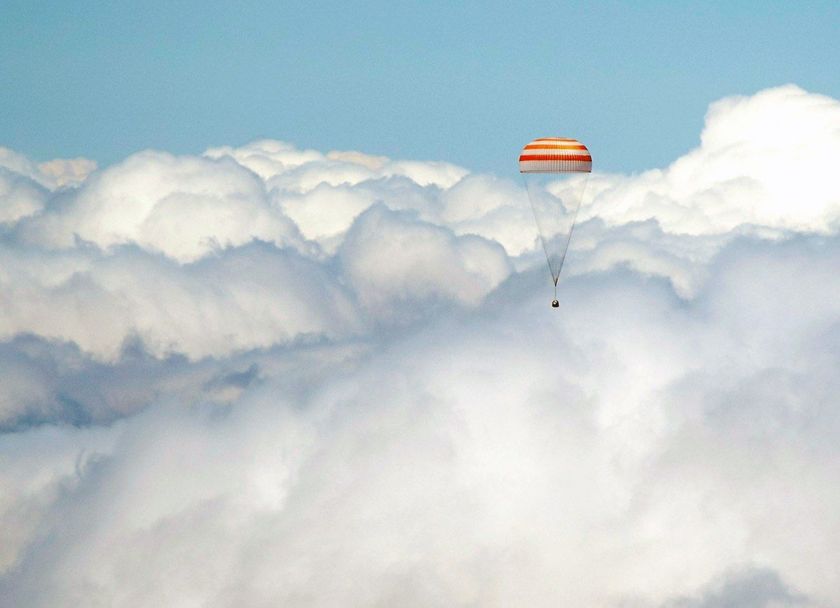 Soyuz TMA-12M floats through the clouds en route to a landing in Kazakhstan on Sept. 11, 2014. The capsule carried Expedition 40 crew members Steve Swanson, Alexander Skvortsov and Oleg Artemyev back to Earth after nearly six months in space. 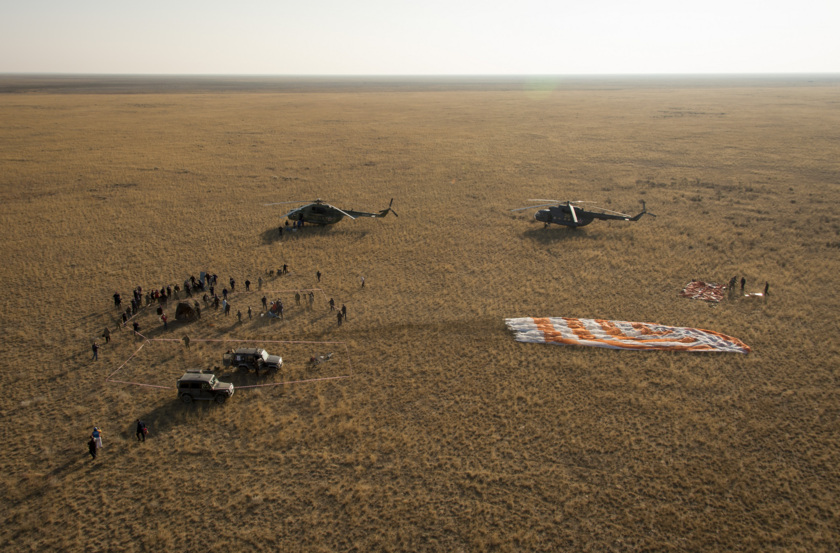 Soyuz TMA-12M on the Kazakhstan steppe 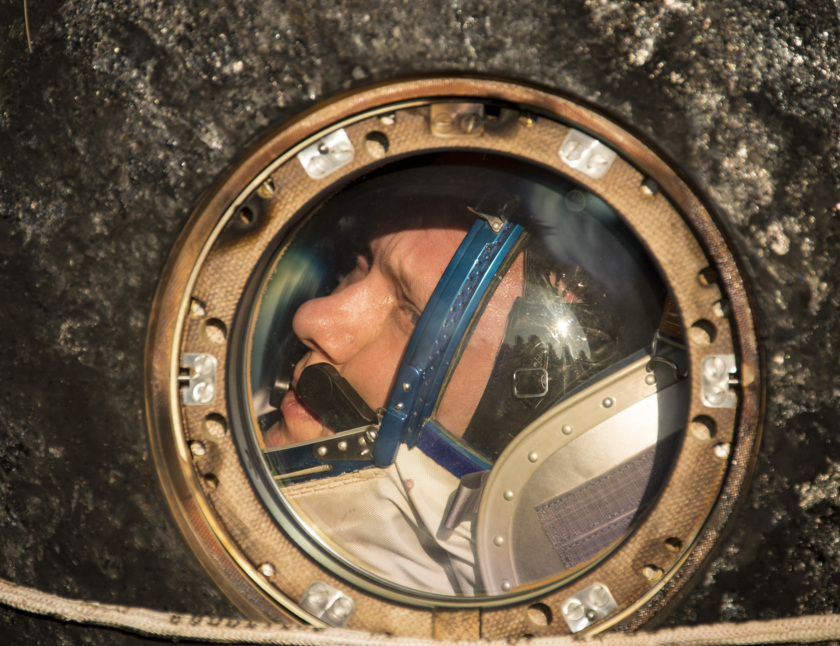 Oleg Artemyev looks out the window

Russian cosmonaut Oleg Artemyev looks out the window of Soyuz TMA-12M shortly after his crew landed in Kazakhstan. 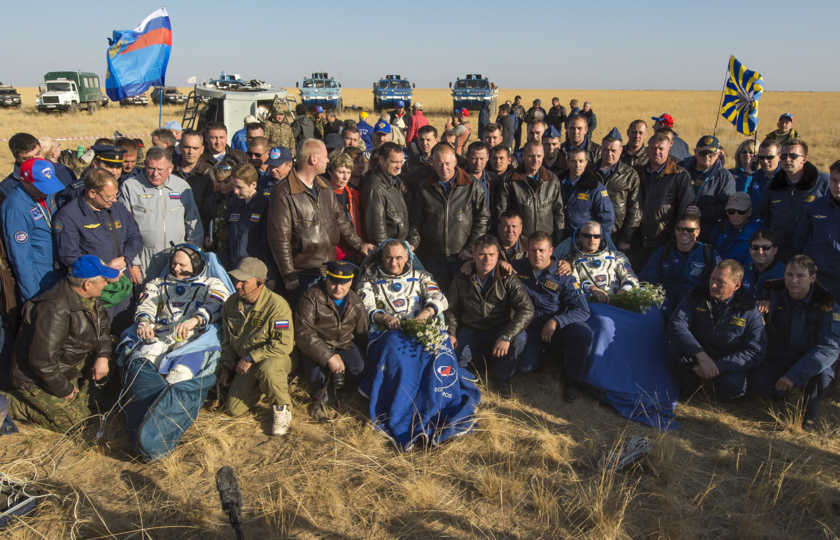 The crew of Expedition 40 poses with recovery forces following their landing on Sept. 11, 2014. From left: Oleg Artemyev, Alexander Skvortsov and Steve Swanson.