The Planetary Society's LightSail spacecraft successfully completed testing to prepare it for a possible test flight. Following a last minute burn wire redesign, the spacecraft went back into vibration testing on Nov. 24. Riki Munakata, LightSail's integration lead for Ecliptic Enterprises Corporation, confirmed that the new configuration had passed its test without a hitch.

Next, LightSail took a trip through the thermal vacuum chamber at Cal Poly San Luis Obispo and emerged unscathed. More milestones were cleared shortly thereafter, as the spacecraft sailed through a Mission Readiness Review on Dec. 3. Jennifer Vaughn, The Planetary Society's Chief Operating Officer, praised the team's efforts in response to emails confirming the successful readiness review. "I know we still have a lot of work ahead, but I hope you all take a minute to soak up this moment of accomplishment," she wrote. Planetary Society board members were also notified and sent messages of encouragement.

LightSail has now been transferred to Cal Poly. The spacecraft will be integrated with its P-POD (Pico-PolySat Orbital Deployer) in mid-January. An announcement from The Planetary Society on the status of the 2015 test flight is expected around the same time. Following P-POD integration, the spacecraft will be taken to the Naval Postgraduate School in Monterey, Calif. for final acceptance testing. 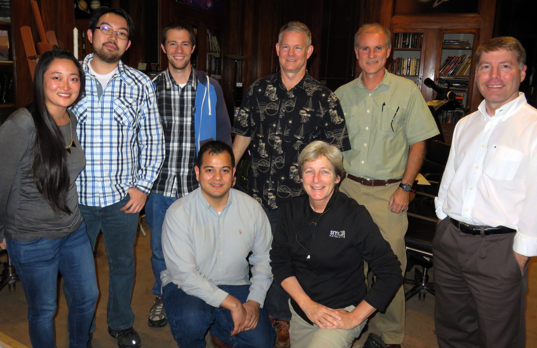 On Dec. 5, the LightSail team convened at The Planetary Society's Pasadena, Calif. headquarters to discuss next steps for the second LightSail spacecraft, which is scheduled to embark on a full-fledged solar sailing flight in 2016. The ride to orbit for that mission is SpaceX's new Falcon Heavy rocket. In January, work officially kicks off to prepare the spacecraft—which is currently in storage—for flight. While both LightSails are similar in design, the second model comes equipped with a sun sensor and momentum wheel, which will be used to orient the CubeSat for solar sailing. In order to gain acceleration from solar photons, LightSail must tack like a sailboat, turning face-on as it moves away from the sun and edge-on as it moves toward the sun. These delicate maneuvers require additional software algorithms that must be finalized and tested.

For a look back at LightSail in 2014, don't miss our day-in-the-life test report, a related multimedia post, an onboard camera selfie, and a recap of the 2016 launch date announcement. 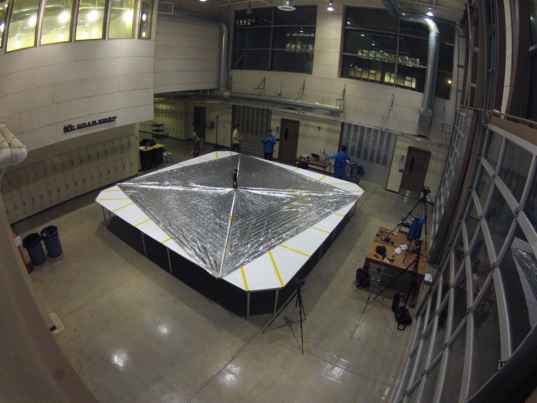