In Pictures: Orion's Scrub, from the Vehicle Assembly Building

Orion’s Thursday morning launch attempt was scrubbed by high winds and faulty liquid hydrogen valves. Crowds of onlookers at the Kennedy Space Center and surrounding areas were treated to a pastel, Mars-tinted sunrise that eventually gave way to mostly clear skies. NASA and United Launch Alliance are gearing up for another retry attempt Friday, with a potential alternate date on Saturday.

Here are some scenes from launch day, shot from the unique perspective of the Vehicle Assembly Building. The iconic VAB stands 526 feet tall and was the home of the Saturn V moon rockets and the space shuttles. Orion’s eventual ride to orbit, the Space Launch System, will be stacked together here as well. 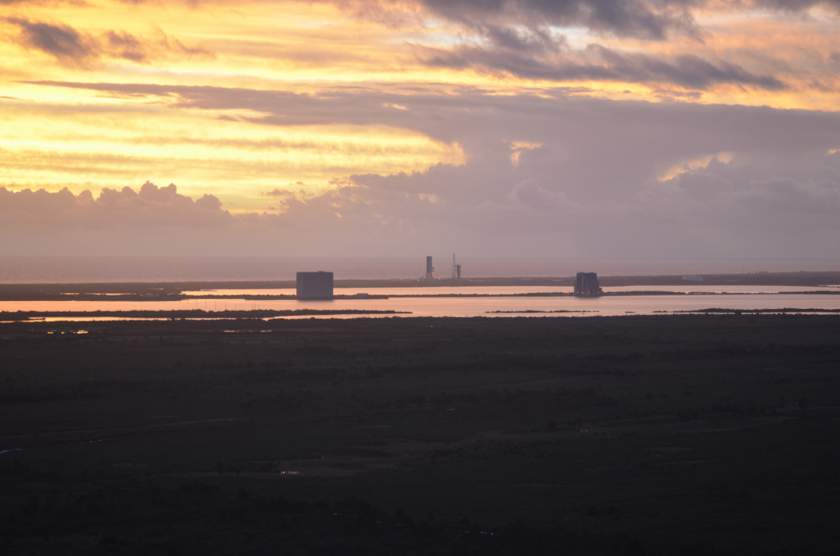 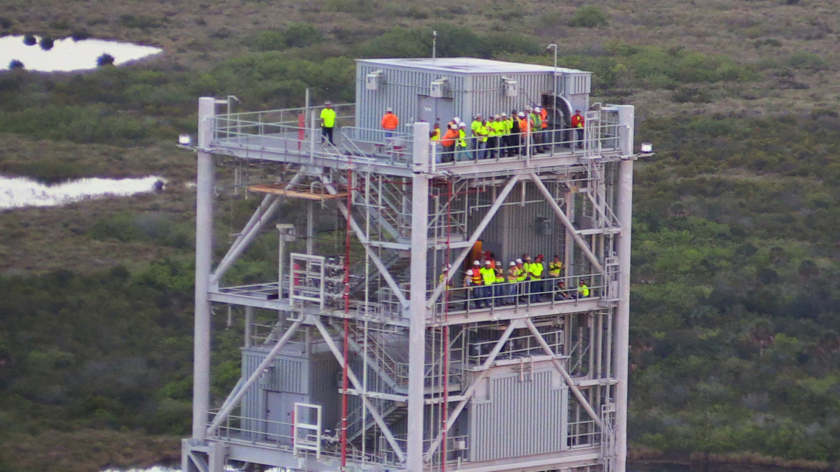 Workers at the Kennedy Space Center line the top sections of the Mobile Launcher to watch Orion lift off for Exploration Flight Test 1. The moveable tower will eventually be used to launch the Space Launch System. 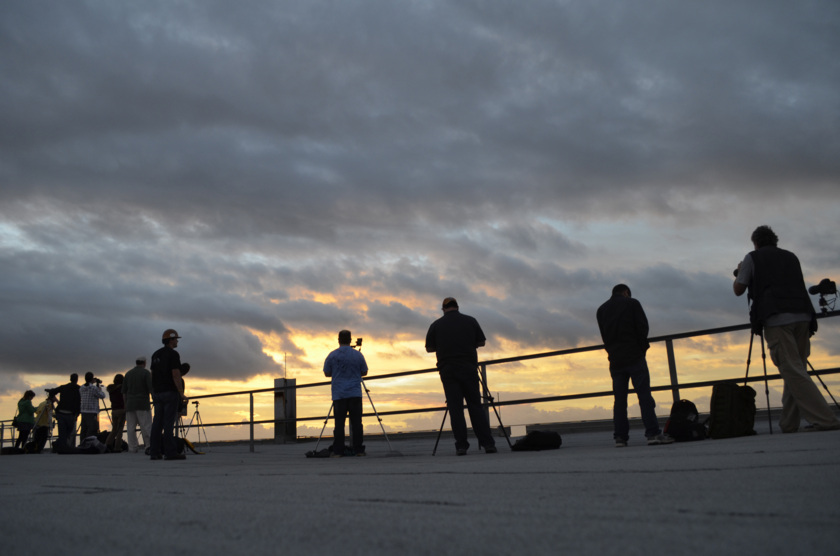 Photographers line the rail at the edge of the Vehicle Assembly Building prior to the scrubbed launch attempt of NASA's Orion spacecraft. 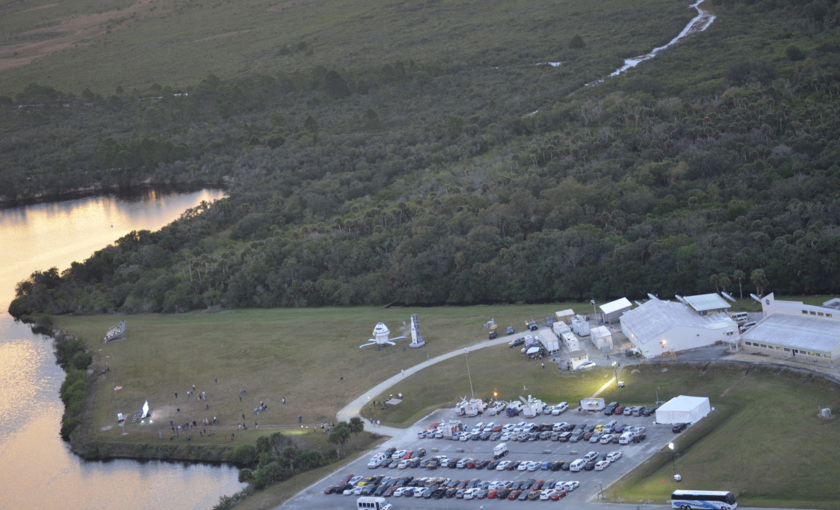 The press site, from above 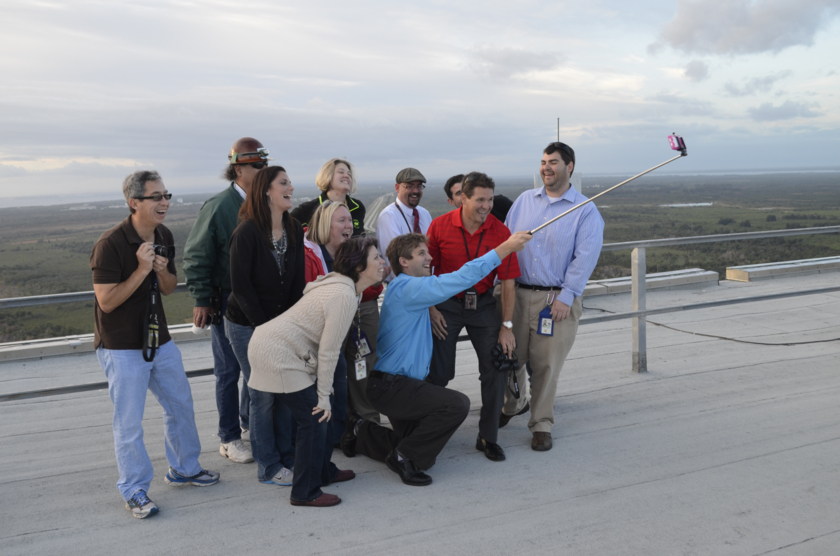 A group of safety engineers and NASA employees pose for a selfie on top of the Vehicle Assembly Building prior to the scrubbed attempt of Orion's launch. 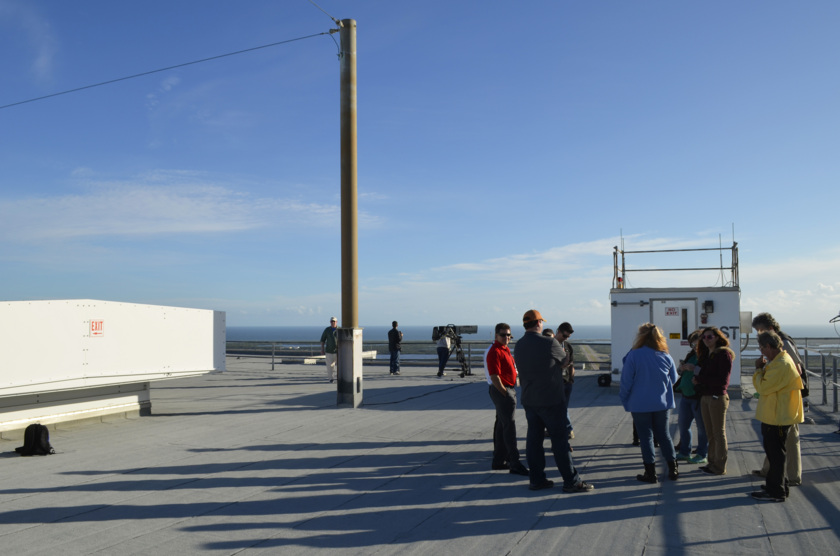 Photographers and media escorts huddle around a broadcast of the United Launch Alliance countdown net for updates on Orion's maiden voyage.