In Pictures: A Busy Week at the International Space Station

It's been a busy week at the International Space Station. On Sunday, Sept. 21, a SpaceX Falcon 9 lifted off from Cape Canaveral Air Force Station carrying a station-bound Dragon capsule loaded with supplies and equipment. Dragon arrived on Tuesday and was berthed at the station's Harmony node. Three days later, Soyuz TMA-14M rocketed into the night from the Baikonur Cosmodrome in Kazakhstan, sending NASA astronaut Barry Wilmore and cosmonauts Alexander Samokutyaev and Elena Serova into space. One of the Soyuz capsule's two solar arrays failed to deploy, but despite the glitch, the trio docked at the station six hours later (the stuck solar array sprung loose shortly thereafter). It was a big moment for Serova, who is just the fourth female cosmonaut and the first-ever to visit the International Space Station.

Since I've been too busy covering our LightSail project to follow either story in detail, I rounded up a handful of my favorite photographs from this hectic week in human spaceflight. I tried to include a few images that are just a shade different from the ones I've seen elsewhere.

Also, I'm happy to announce the completion of another project I've been working on: an International Space Station dashboard! You can visit this page to find out where the station is, how to see it, what crew members are aboard and a schedule of arriving and departing cargo ships. I owe a big thanks to our systems administrator, Brandon Schoelz, for helping me finalize the page. Enjoy! 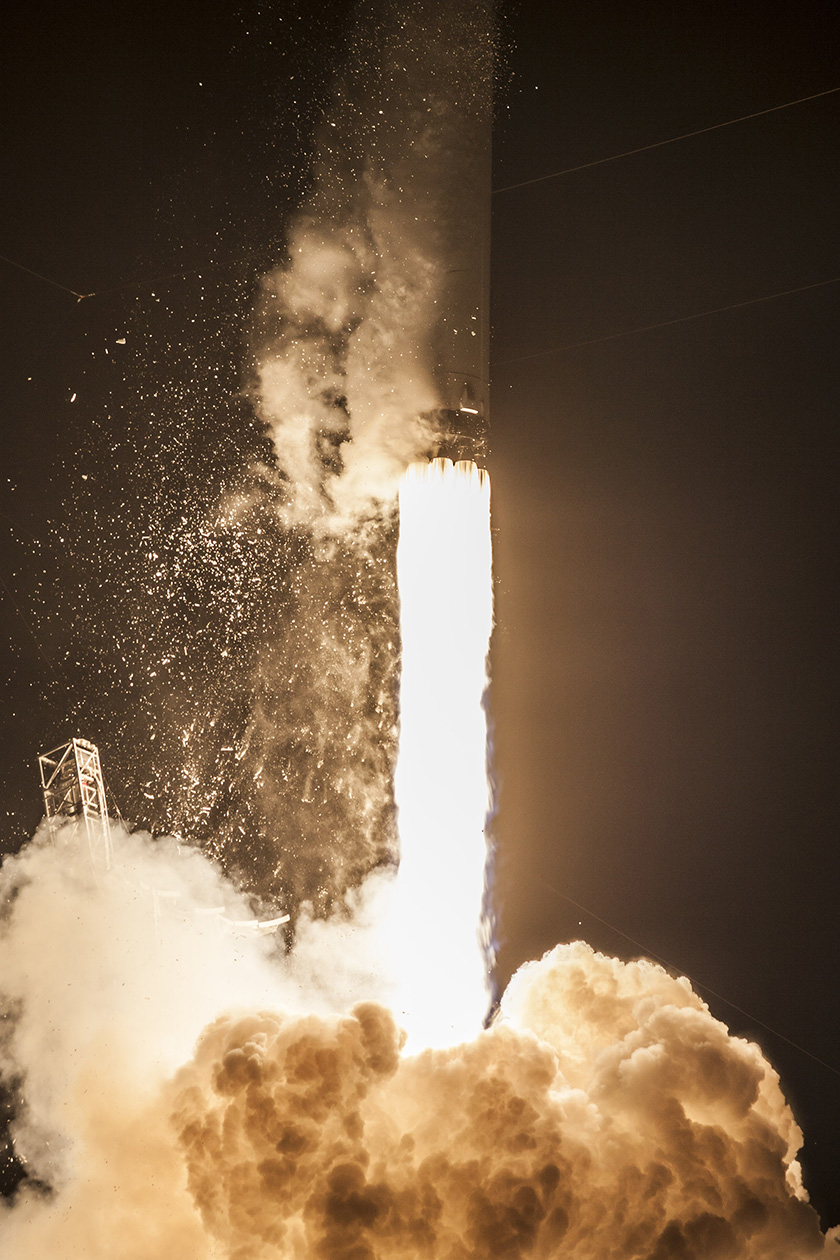 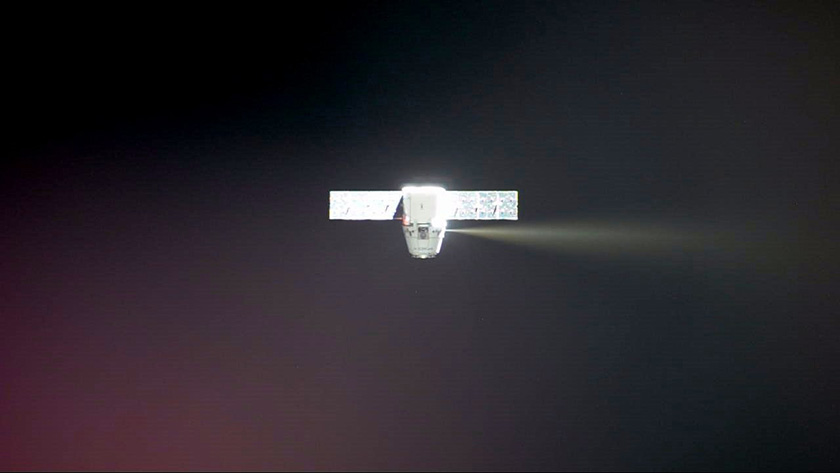 SpaceX's Dragon capsule fires a thruster during its approach to the International Space Station on Sept. 23, 2014. 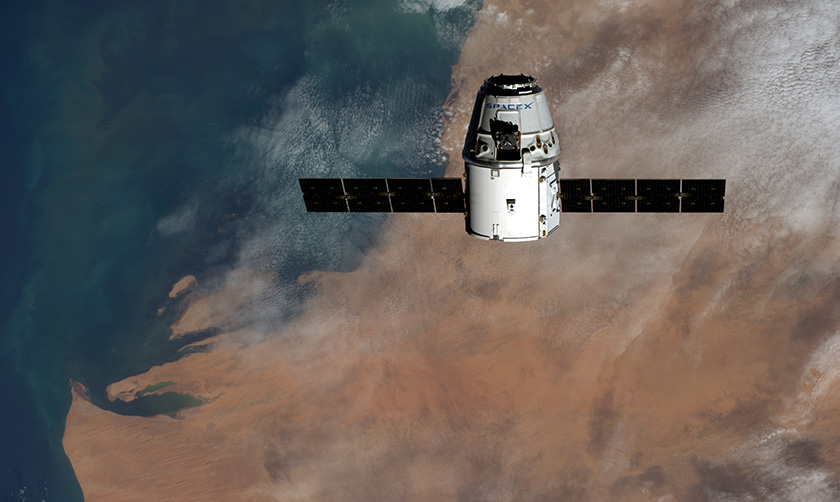 Dragon soars high above the African continent as astronauts aboard the ISS prepare to grapple it with the station's robotic arm. 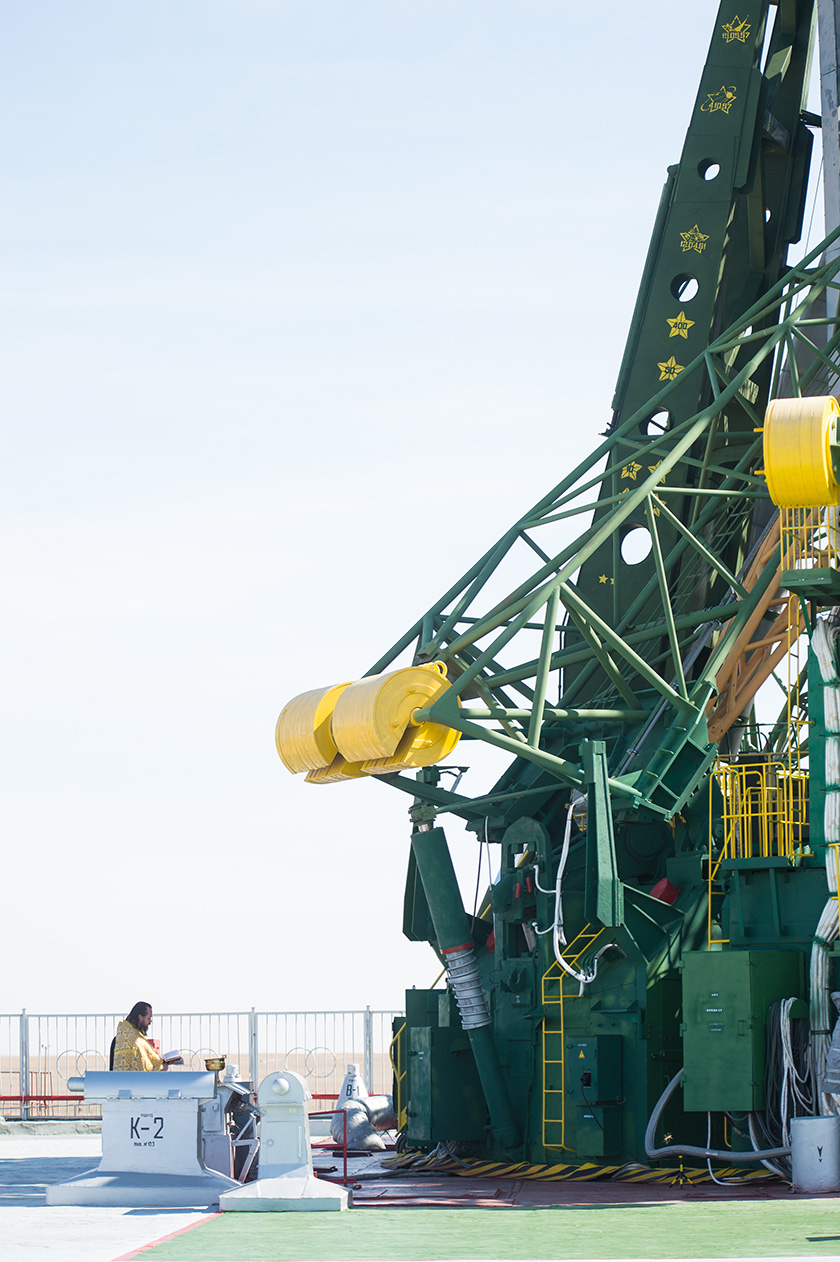 An Orthodox priest blesses the Soyuz rocket that will carry three Expedition 41 crewmembers into space. 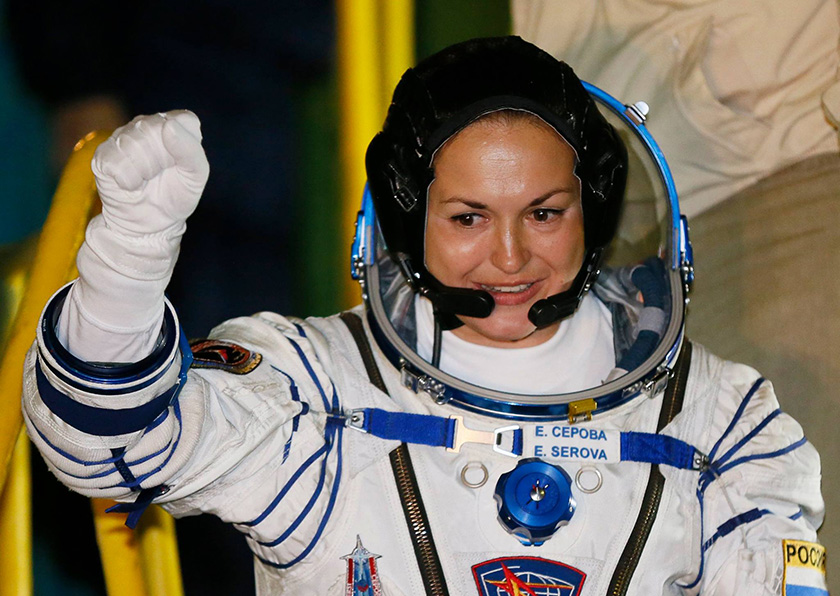 Cosmonaut Elena Serova prepares to board the Soyuz capsule that will carry her Expedition 41 crew to the International Space Station. 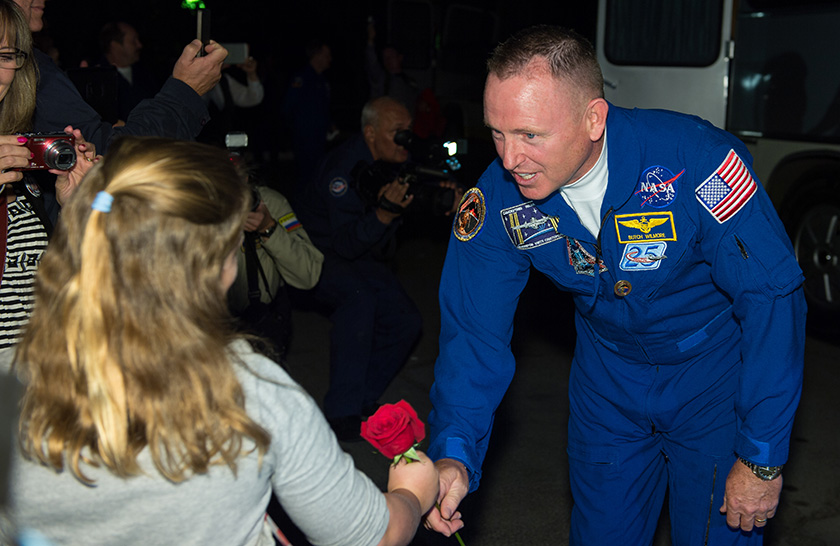 NASA flight Engineer Barry Wilmore gives a rose to his daughter, Daryn, as he leaves to suit up for his trip to space. 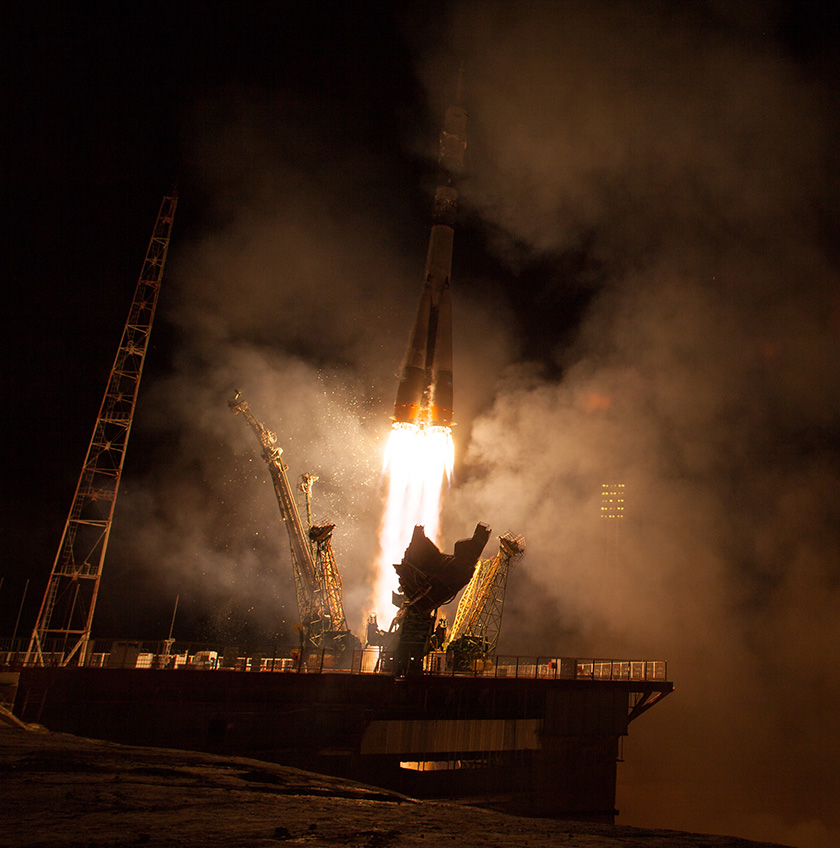