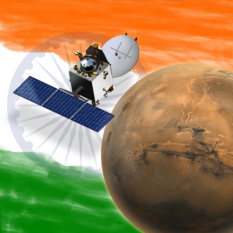 Here is a list I've compiled of places that I'll be watching for news of the Mars Orbiter Mission launch... 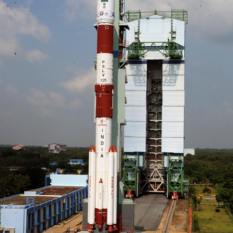 The excitement is really building toward India's first-ever attempt at an interplanetary spacecraft! Launch day is quickly approaching for the Mars Orbiter Mission. In this lengthy post, I provide answers to frequently asked questions about the mission and its goals. 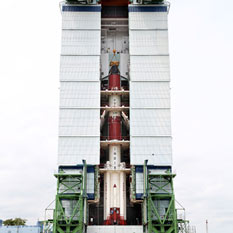 The launch of ISRO's Mars Orbiter Mission has been delayed by about a week due to bad weather in the Indian Ocean. The new launch date is November 5 at 14:36 IST (09:06 UTC / 01:06 PST). Their launch opportunity stretches to November 19.

ISRO posted five photos from the momentous day of the Mars Orbiter Mission's shipment to Sriharikota.

Several Indian news sites posted a press wire article this morning indicating that India's Mars Orbiter Mission departed its assembly and testing facility in Bangalore today and is now on the way to the coastal launch site, the Satish Dhawan Space Centre at Sriharikota, a journey of about 400 kilometers. 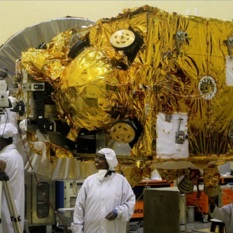 Indian media reported over the weekend that the Mars Orbiter Mission has passed some senior review, and has been approved to proceed toward a launch date of October 28, a week later than previously planned.

The road to Mars: updates on NASA's MAVEN and India's Mars Orbiter Mission

The 2013 launch window for Mars is fast approaching. November represents the next chance to send spacecraft to the Red Planet; the next window doesn't open until early 2016. So NASA and the Indian Space Research Organisation (ISRO) are working hard to prepare their respective Mars missions for launch.

A couple of articles on India's Mars Orbiter Mission were published on the news website The Week yesterday, and they're much more in-depth and insightful than the norm. 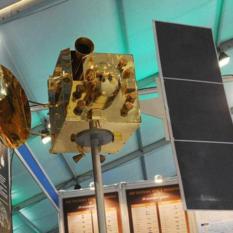 India's Mars Orbiter Mission has been much in the news in Asian media over the last week as a result of the release of ISRO's Annual Report 2012-2013. Also, ISRO and NASA issued a joint statement from Washington a week ago endorsing interagency cooperation in the space sciences

Looking ahead to spacecraft activities in 2013

2013 is going to be a busy year in space exploration. Two missions launch to the Moon (LADEE and Chang'E 3), and another two to Mars (MAVEN and India's mission). Curiosity should drive to the Mountain, and Opportunity to the next site on Endeavour's rim. Cassini will be seeing rings and Titan. Others should continue routine operations, except maybe MESSENGER, whose fate after March is not yet decided.