Big News for Hayabusa: It wasn't hovering, it landed!!

Remember how Hayabusa was virtually still for 30 minutes? JAXA is now saying that Hayabusa actually touched down -- and more than that, they may even have a sample. 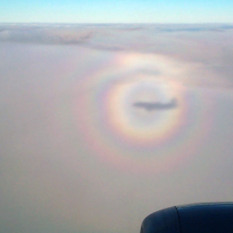 A fun picture for holiday travel

A fun NASA explainer just crossed my email inbox and I thought I'd share it.

A gap in the Hayabusa telemetry, as the Earth rotates

If I understand the various sources(and my somewhat vague memory) correctly, it now appears that Earth has rotated far enough to take the Deep Space Network station at Goldstone, through which Hayabusa has been transmitting, out of line with Hayabusa.

Hayabusa reached an altitude of about 560 meters above Hayabusa at 17:30 UTC. And at 18:00 UTC they are at 500 meters. This is still farther above the asteroid than the asteroid is big...there is still a long way to go before Hayabusa touches down... 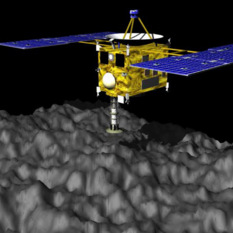 Getting ready for Hayabusa's touchdown

In a further update on Hayabusa's status, we have been contacted by Kazuya Yoshida of the Space Robotics Laboratory at Tohuku University. Yoshida reports that the touchdown is now planned to take place "in early morning of November 20 (Sunday) JST", which would make it late Saturday evening UTC, or Saturday midday here in California.

There has been a delay of just about a day in JAXA's plans for landing Hayabusa on Itokawa. 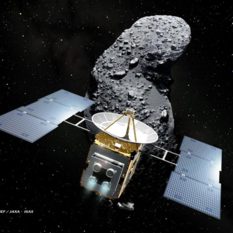 A couple of Hayabusa updates

Tak Iyori from The Planetary Society of Japan has sent us a couple of updates on the status of Hayabusa and the mission's plans for landing on Itokawa. 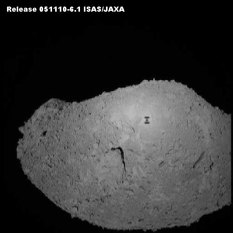 These photos pretty much speak for themselves. They are amazing. Hayabusa saw its own shadow on Itokawa, and took a photo of the released target marker.

An update on the Huygens Doppler Wind Experiment

While I was at the Division of Planetary Sciences meeting in Cambridge in September I had a chance to chat with David Atkinson, who's a member of the Doppler Wind Experiment team on Huygens. They and the other instrument teams have been plugging away at analyzing their data. 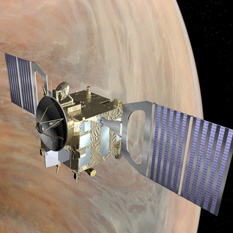 Europe Prepares to Return to Venus

After a 2-week delay in its schedule, the European Space Agency's Venus Express spacecraft is back on track for launch.