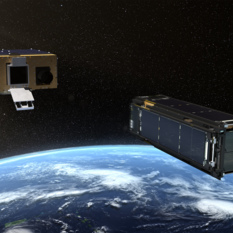 The Planetary Society's solar sailing CubeSat is scheduled to head to space during a 60-day period starting on June 13. 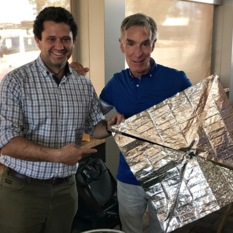 The Planetary Society’s 2017 journey to Australia expanded our perspective, advocacy and global community. It was rich with reminders close to Carl Sagan’s heart: We are all connected through time, humankind, and our origins in the stars. 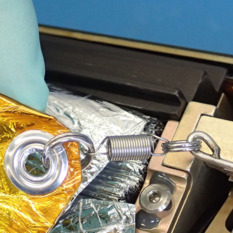 Here's how engineers closed out LightSail 2 for flight

The Planetary Society's LightSail 2 spacecraft is in a flight-ready state, marking a major milestone for the program. 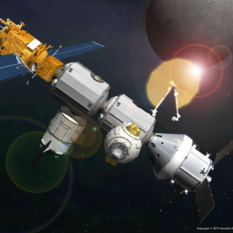 A Canadian Space Agency proposal would install a solar sail on the outside of the Deep Space Gateway, a miniature space station in lunar orbit. 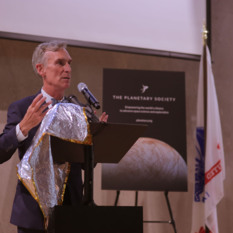 This year’s International Astronautical Congress (IAC) is being held in Adelaide, Australia. Thanks to the generous support of our members, The Society’s advocacy and outreach capability is rapidly expanding, and we decided to step up our IAC advocacy this year. 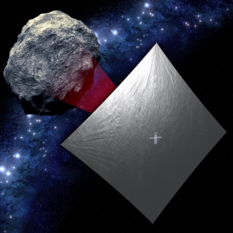 A good time for solar sailing: LightSail 2 finds itself among friends

Is the quest for flight by light approaching a tipping point? Representatives from the NEA Scout, CubeSail and StarChip missions discuss how their spacecraft are advancing the art of solar sailing.

LightSail 2 and Prox-1 are expected to launch aboard a SpaceX Falcon Heavy no earlier than April 30, 2018.

Georgia Tech's Prox-1 spacecraft has arrived at the Air Force Research Laboratory in Albuquerque, New Mexico, where it will be integrated with LightSail 2. The SmallSats will ride to orbit on a SpaceX Falcon Heavy rocket in December 2017 or later.

Planetary Society CEO Bill Nye appeared on “The Late Show with Stephen Colbert.” In a nod to Sagan (Bill’s Astronomy professor at Cornell University), Bill unveiled his own shiny version of a crude model. 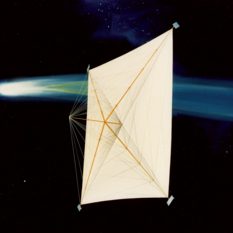 The Planetary Society's LightSail project has roots in a late-1970s NASA plan to send a giant solar sail spacecraft to Halley's Comet. Now, a cache of archival documents adds new depth to the audacious plan.