June 29, 2010 was the second Martian anniversary of the start of Mars Climate Sounder (MCS) observations at Mars. Much like it is on Earth, it is again early northern summer on Mars, shortly past the northern solstice. When powered on, MCS produces a continuous stream of soundings, one every 2 seconds. During these two Mars years, MCS has returned just over 50 million soundings.

The instrument is still going strong and producing excellent observations of the Martian atmosphere. The MCS team expects to continue operations for a long time. In the short term, a new operating mode is being developed to enhance the data by observing at four additional local times to supplement the 3:00 AM and 3:00 PM times of the current observations.

Additional local times were briefly observed during the Phoenix mission as part of a joint observation campaign with Mars Reconnaissance Orbiter (MRO). The Phoenix observations are described in a paper recently published in the Journal of Geophysical Research by Leslie Tamppari and many coauthors, titled "Phoenix and MRO coordinated atmospheric measurements."

The paper discusses the coordinated atmospheric observations over the duration of the mission, with instruments on both the orbiter and the lander observing dust, water vapor, and other atmospheric phenomena. It then concentrates on a specific two sols of the mission (sols 70 and 71, August 5 and 6, 2008) when a small dust storm was approaching the lander. The combined instruments reveal the evolution of the complex structure, vertically and horizontally of the storm, with both ice and dust interacting in the atmosphere.

With two Mars years of climatology now available, the team is starting to look at year-over-year change in the atmosphere. For example, in the first year of the MRO mission, there was a major dust storm during the southern summer that drastically increased the dust in the atmosphere globally. The dust then affected the atmospheric temperatures globally and completely changed the circulation. In the second year, there was a large regional storm in the south, but it was much earlier in the southern spring and had a much smaller impact.

The next major milestone for the instrument will be supporting the Mars Science Laboratory mission when they land in a bit over a Mars year (about two Earth years). This will be similar to the support MCS provided for the Phoenix mission. The instrument should also be around when the Maven orbiter arrives and will hopefully continue to operate until the ExoMars TGO 2016 orbiter arrives. 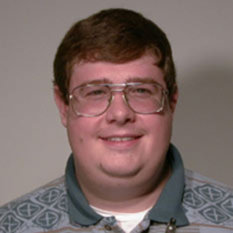