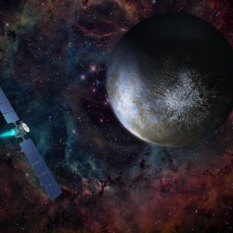 Marc Rayman updates us on Dawn's status and explains how the spacecraft is actually getting closer to Earth at the moment as it moves deeper into the asteroid belt.

Continuing its daring mission to explore some of the last uncharted worlds in the inner solar system, Dawn remains on course and on schedule for its rendezvous with dwarf planet Ceres next year. 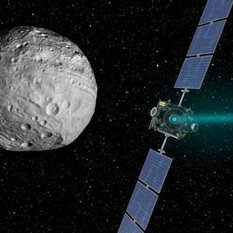 The majority of Dawn's time in the Ceres approach phase will be devoted to continuing ion-powered flight. Let’s take another look at how this remarkable technology is used to deliver the adventurer to the desired orbit around Ceres.

Now more than halfway through its journey from protoplanet Vesta to dwarf planet Ceres, Dawn is continuing to use its advanced ion propulsion system to reshape its orbit around the sun. Now that the ship is closer to the uncharted shores ahead than the lands it unveiled astern, we will begin looking at the plans for exploring another alien world.

Gliding smoothly through the main asteroid belt between Mars and Jupiter, Dawn continues to make good progress on its ambitious mission of exploration. It is patiently but persistently pursuing Ceres, the second destination on its interplanetary itinerary.

Deep in the main asteroid belt between Mars and Jupiter, Dawn is continuing its smooth, silent flight toward dwarf planet Ceres. Far behind it now is the giant protoplanet Vesta, which the spacecraft transformed from a tiny splotch in the night sky to an exotic and richly detailed world.

On the sixth anniversary of leaving Earth to embark on a daring deep-space expedition, Dawn is very, very far from its erstwhile planetary residence. Now humankind's only permanent resident of the main asteroid belt between Mars and Jupiter, the seasoned explorer is making good progress toward the largest object in that part of the solar system, the mysterious dwarf planet Ceres.

Traveling confidently and alone, Dawn continues to make its way through the silent depths of the main asteroid belt. The interplanetary adventurer is on its long journey to the uncharted dwarf planet Ceres, by far the largest of all asteroids. 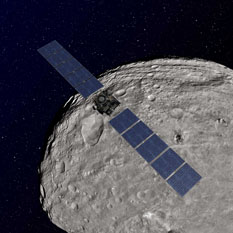 Ion propulsion is not a source of power for Dawn. Rather, the craft needs a great deal of power to operate its ion propulsion system and all other systems. It needs so much that...we crave power!! 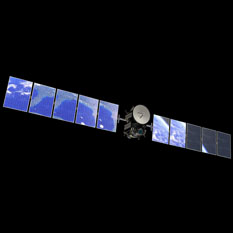 The indefatigable Dawn spacecraft is continuing its extraordinary interplanetary flight on behalf of inquisitive creatures on distant Earth. Progressing ever farther from Vesta, the rocky and rugged world it so recently explored, the ship is making good progress toward its second port of call, dwarf planet Ceres.