Back from the President's Space Conference

Yesterday, I -- together with Planetary Society Board members Jim Bell, Bill Nye, Neil Tyson, Scott Hubbard, and Elon Musk -- attended President Obama's Space Conference in Florida. Obama's speech was truly inspiring. All my life I have worked to advance exploration into the solar system and it resonated deeply for me to hear him say "ramp up robotic exploration of the solar system" and send humans into the solar system "step by step, [to] push the boundaries not only of where we can go but what we can do." The full transcript of the President's speech is available on NASA's website. 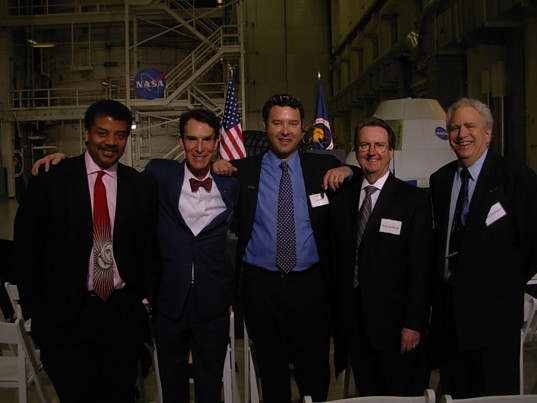 The President's proposal now goes to Congress with an increase in NASA's budget. We strongly support this budget proposal and the plan for NASA's future.

We are proud to play a key role in helping turn this NASA plan from words to reality. We have a lot of work ahead of us, so stay tuned.

Read the Society's statement: The Rebirth of Human Spaceflight: The Planetary Society Position on President Obama's Proposal for NASA.