The Augustine Committee, which is reviewing the U.S. human space flight program, presented its final report (PDF, 7.7 MB) today at a NASA press conference. There were no substantial differences from their preliminary report (see also my column "World Watch" in the September/October 2009 issue of The Planetary Report). However, their recommendations were a bit more explicit.

They said the Flexible Path to Mars was a more sensible, quicker and more affordable plan to lead to the ultimate goal of sending humans to Mars, than was the current Moon landing program. They also said that the changing budget realities (a euphemism for lower budget allocations) made development of the Ares I rocket less sensible now than it was when it was first proposed. Instead, commercial launch operators should be encouraged to provide U.S. transportation to low Earth orbit, while NASA should focus on building the heavy-lift capability to get beyond Earth orbit. 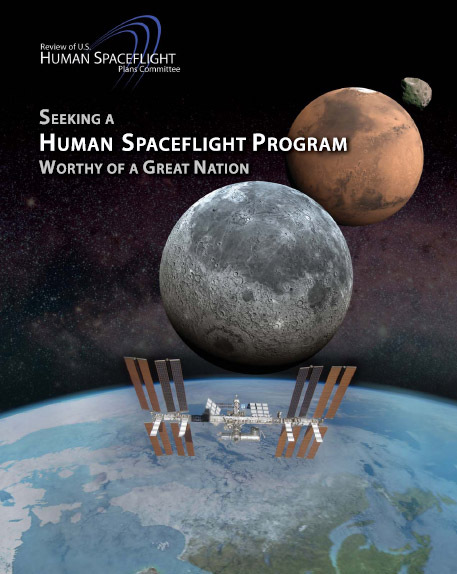