News from Mars and Capitol Hill 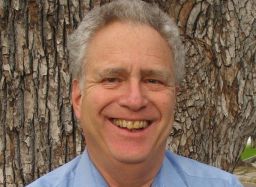 ome recent news -- first the good: the Mars Reconnaissance Orbiter has resumed its fantastic photography mission over Mars. The spacecraft had shut itself down after its computer unexpectedly re-booted itself on June 3. The shut-down into a standby (or safe) mode occurs automatically after the sudden anomaly (a process not unfamiliar to us with our own computers).

The chief suspect for the cause of the re-boot is a cosmic ray or solar particle hit on the spacecraft electronics. But because a similar event occurred in late February the engineers are also looking deeper into whether there might be a systemic problem.

The spacecraft is in its extended mission, having been working wonderfully in orbit for the past three years. It continues to give us the highest resolution mapping images of Mars.

The bad news is political. The U.S. House of Representatives Appropriations Committee deleted nearly a half-billion dollars from the Administration's request for NASA saying that exploration funding in NASA could take a "time-out" while the Review of U.S. Human Space Flight Plans Committee (Augustine Committee) performs its three month review.

While the cut is considered temporary, to be restored or revised after the Augustine Committee recommendations are made, it adds to the large uncertainty about the planned development of the Ares I rocket and the Orion Crew Exploration Vehicle. The aerospace community is awash with rumors and proposals concerning the Ares I rocket development, which is supposed to be ready to replace the shuttle for U.S. access to the International Space Station in 2015.

The Augustine Committee holds its firs public meeting on June 17 at the Carnegie Institution in Washington DC. The Committee has established a public information web site http://www.nasa.gov/offices/hsf/home/index.html

Two big launches coming up: Saturday morning, June 13, the space shuttle Endeavor to the International Space Station, and on Wednesday June 17 the long awaited launch of the Lunar Reconnaissance Orbiter (LRO) and its companion LCROSS impactor on the Atlas V rocket.