Representatives from the European Space Agency’s 20 member states and Canada approved a 10 billion euro budget (13 billion U.S. dollars) for 2013-2017 during their Ministerial Council last week in Naples, Italy. Unlike NASA, the ESA sets its budget levels for multiple years at a time, requiring mandatory member participation in some programs and optional contributions to others. Budget highlights include Ariane rocket development, a variety of planetary and Earth science missions, and the development of a service module for NASA’s Orion crew capsule.

The Orion module will be part of a trade to offset some of the ESA’s required International Space Station contributions. The United Kingdom, which rarely opens its wallet for human spaceflight, is chipping in 20 million euros for the project. As the BBC’s Jonathan Amos reports, the UK hopes the investment will bolster its technology sector, and ensures the country will play a role in NASA’s efforts to send humans beyond Earth orbit for the first time since 1972.

The service module will be based on the ESA’s Automated Transfer Vehicle, which regularly ferries supplies to the ISS. It will debut on Exploration Mission 1 in 2017, an uncrewed trip around the moon that begins with the inaugural flight of the Space Launch System. This will be the second test of the Orion capsule, which is scheduled to be launched by a Delta IV Heavy in 2014 during Exploration Flight Test 1. 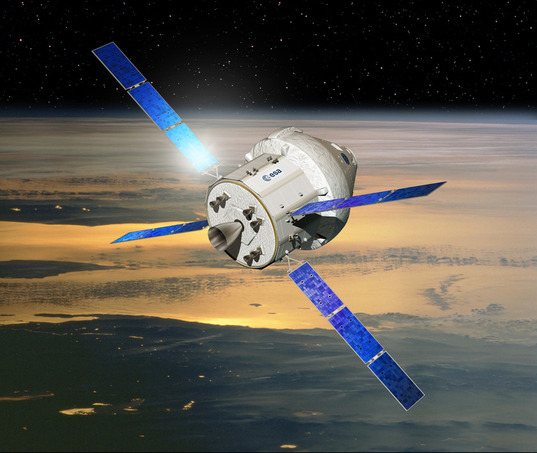 The ATV is equipped with thrusters to make course corrections and boost the International Space Station’s altitude, but it currently lacks the large engine bell seen in the ESA’s concept art. A bigger engine will be required to slow Orion down for lunar orbit, as well as propel it home towards Earth.

ATV care packages are launched to the ISS via the Ariane 5, Europe’s primary launch vehicle. The ESA budget includes funding for a new Ariane 5 upper stage that will eventually be used in the Ariane 6. The 6 is expected to have lower production costs and is slated to be ready for flight in 2021. 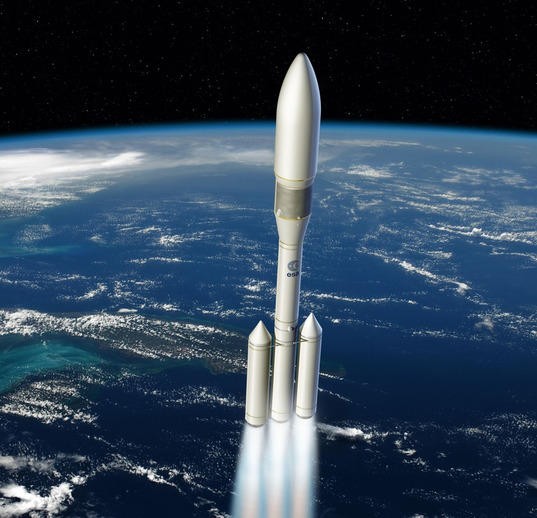 Concept art for Ariane 6, the ESA’s next-generation rocket. The Ariane 6 is hoped to fly by 2021.

ESA member states also green-lit Russia’s involvement in ExoMars, a set of Mars missions scheduled for 2016 and 2018. When NASA cancelled support for the project earlier this year, the program was thrown into disarray and nearly cancelled. Russian involvement revives the missions, which involve an orbiter, stationary lander and rover.

During the 2013-2017 budget cycle, the ESA will launch three planetary and astronomy spacecraft:

The ESA will also continue to invest in a host of Earth observation programs (a PDF explaining the various programs can be found here):