The OSIRIS-REx mission continues to make great progress. As I have mentioned before, we are in the Assembly, Test, and Launch Operations (ATLO) phase of the program. We have had many great accomplishments leading up to this point. At the heart of our mission is the Sample Acquisition and Return Assembly (SARA). This assembly contains the Touch-and-Go Sample Acquisition Mechanism (TAGSAM), the Sample Return Capsule (SRC), and the TAGSAM launch container. The SARA panel is now installed on the spacecraft and has completed its functional tests. 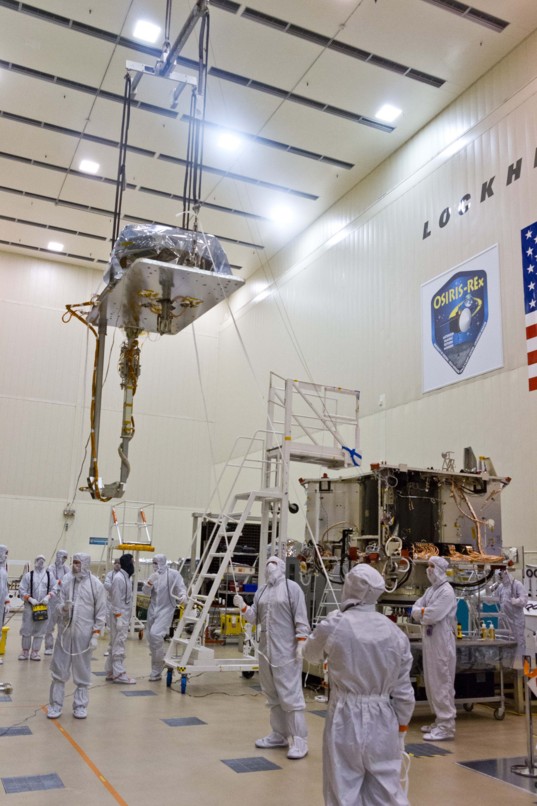 The SARA panel on its way to integration with the spacecraft.

TAGSAM works by pressing its head down into the regolith on the asteroid, then opening up one of three bottles of high-pressure nitrogen gas. The gas moves down through tubing on the arm and exits from an annular orifice at the base of the head. The gas is then injected into the regolith, which is fluidized and sucked up into the collection chamber inside the head. 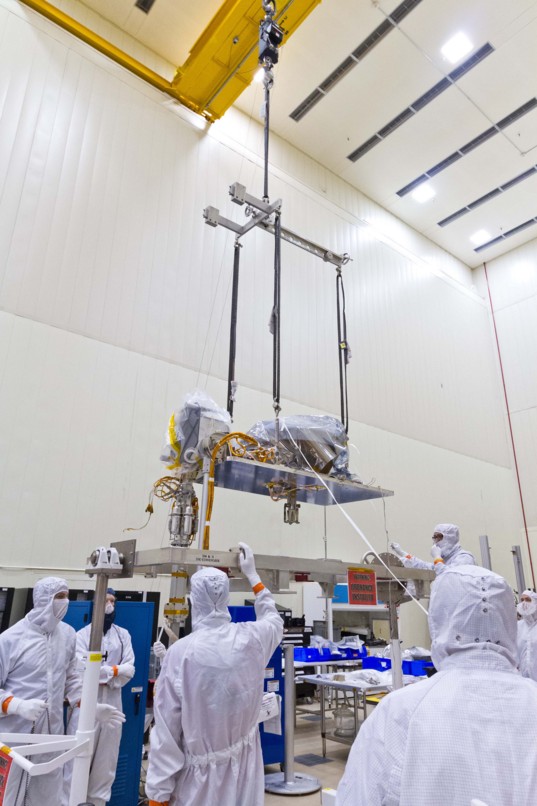 Lifting SARA is a well-coordinated activity.

To make sure that this process will work, we have to perform many different verification tests. Over the past two months, we have verified the TAGSAM-to-capture-ring alignment, ensuring that we can transfer the sampler head from TAGSAM into the SRC. These vertical capture tests included a 1.9-cm (0.75 in) intentional offset in the alignment between TAGSAM and the SRC, to cover the worst-case scenario. The TAGSAM head capture was demonstrated successfully at both ambient and cold temperatures. 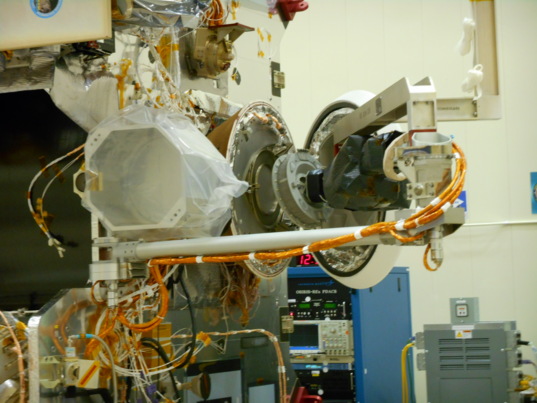 We performed several tests to ensure that TAGSAM and the SRC are properly aligned.

We also have to verify that SamCam can image TAGSAM during and after sampling. In order to get the right lighting conditions, we performed the ‘Hollywood Lights’ test. This configuration included a series of lights focused on TAGSAM to simulate the lighting conditions that we will experience in space. Once in place, we captured a series of images with both the SamCam and StowCam. 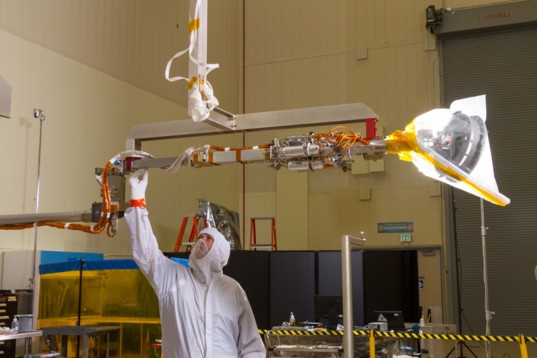 TAGSAM deployment provides an opportunity to test the imaging capability of the SamCam.

We also have to make sure that the gas flow is not compromised as the TAGSAM goes through its range of motion. For this verification, we performed a convoluted tube pressure test and a blow-down test. Other recent activities for TAGSAM include baking out the TAGSAM MLI thermal blankets, which will keep TAGSAM at the proper operating temperature. The bake out is needed to drive off any potential contaminants. The Propulsion team also supported TAGSAM development by determining the gas-loading fixture volume. Since they are the experts in spacecraft gas-handling systems, they have the responsibility for filling the TAGSAM nitrogen bottles and certifying the plumbing. 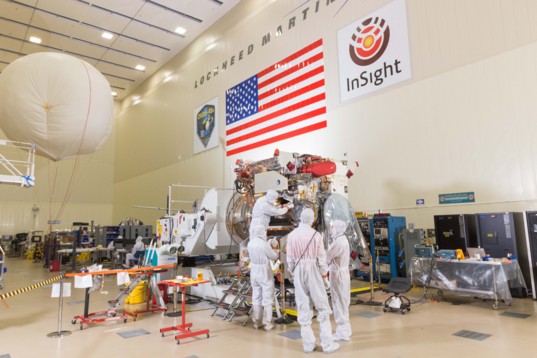 The team is very diligent in their work on the spacecraft – and their efforts are much appreciated!

With TAGSAM on the spacecraft, we were also clear to perform the TAG System Verification Test (SVT) on the spacecraft. This test is run in real time, with all of the commands going through the spacecraft. It simulates the time period from orbital departure, through our CheckPoint and MatchPoint maneuvers, down to contact with the asteroid surface, sample acquisition, and the back-away burn. The TAG-LIDAR SVT ran successfully in ATLO, with the touch-and-go executing very smoothly and the SVT overall executing very well. While a few minor issues were noted, this SVT was successful in helping establish our baseline going into our environmental test program. I was enthralled while watching the TAGSAM arm move real-time during the SVT. It made me flash forward four years to visions of a sample of Bennu successfully being captured during the TAG critical event (and setting the stage to return the sample safely to Earth). It also made me realize how long 4.5 hours can seem when such a critical event is playing out. 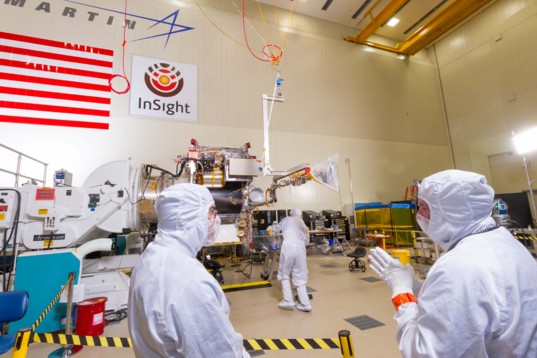 The TAGSAM deployment tests demonstrated the proper working of the entire system.

With the spacecraft assembly nearly complete, we are getting ready for the next phase of ATLO – Test. Starting next week, we will begin the System-level Test program. Before we can start putting the spacecraft through the rigorous series of environment tests, we must pass our Pre-Environmental Review or PER. I am heading back to Denver next week for this major milestone. At the PER, the project discloses the complete project status to the review panel. It is our job to demonstrate that the flight system is ready to proceed with environmental testing as an integrated system and is on track to complete development and conduct operations within allocated cost and schedule. In particular, we are ready to show that the flight system has been integrated and subjected to a successful comprehensive systems test that established a baseline for future tests. I am confident that we will have a successful PER and look forward to seeing the complete spacecraft begin its environmental qualification testing!