This article originally appeared on Dante Lauretta's blog and is reposted here with permission.

The OSIRIS-REx spacecraft has completed the Electromagnetic Interference/Electromagnetic Compatibility (EMI/EMC) system level test. This test has three objectives. The first objective is to test for Radiated Emissions, which are the release of electromagnetic energy from the spacecraft. To pass this test, the team had to verify that the emissions from the Spacecraft do not violate the limit specified for both the Launch Vehicle and the Spacecraft. 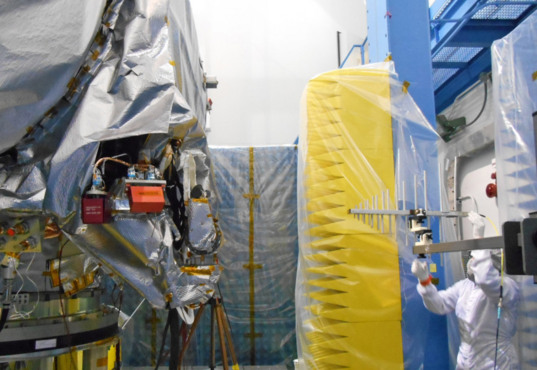 The OSIRIS-REx team sets up the anechoic wall (yellow) and emission test equipment for the EMI/EMC test.

The second objective is to test for Radiated Susceptibility, which is the response of the spacecraft to external electric fields.  This test verifies that the Spacecraft will perform as required at the launch site, during launch, and during operations in space, when it is exposed to these electromagnetic environments. 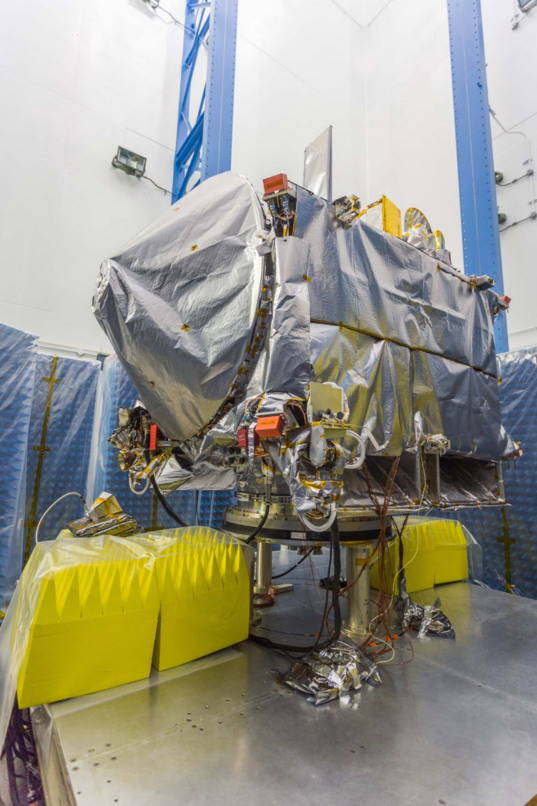 The spacecraft was mounted on the acoustic stand for this test. 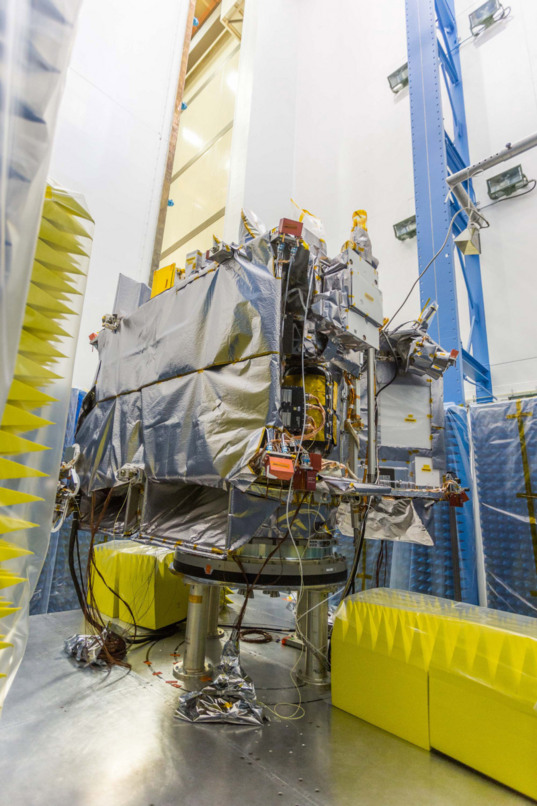 This test was performed in the same chamber as the mechanical environmental tests. This facility was modified to create an “anechoic chamber”. The term anechoic can be broken down to “an-echoic”, which basically means that the walls are non-reflective, non-echoing, or echo-free. For this test, we had to create a shielded room whose walls have been covered with a material that scatters or absorbs so much of the incident electromagnetic energy that it simulates free space. 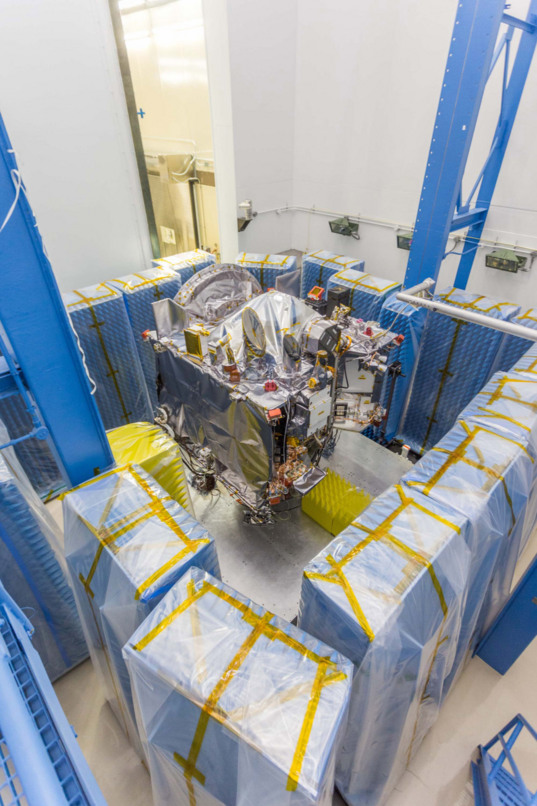 Overall, the test was completed without issue. At one point in the test an unexpected emission in the Global Positioning System (GPS) band was recognized. However, after a bit of troubleshooting, this emission was shown to be within specification. With the EMI/EMC test behind us, the last major environmental test, thermal vacuum testing, is up next. Watch for a future post to describe the results from “T-Vac”.