Another Day in the Solar System

Last year I picked a red-letter day in space exploration, and took a tour through the Solar System using pictures that were all made on or close to that one day. Since then, the robotic reconnaissance of the worlds has only accelerated. It's time to take another tour.

This time we're looking at October 9, 2013. On that day, a spacecraft bound for Jupiter returned home very briefly for a speed assist from the Earth's gravity. This is what the encounter looked like, as simulated in NASA's Eyes on the Solar System software.

The robotic spacecraft Juno, en route to Jupiter, passes by the Earth for a gravity speed boost on October 9, 2013.

As it swung by at nearly 170,000 kph, Juno listened to amateur radio operators on the ground. It also took advantage of the moment in order to create some beautiful portraits of the home world.

As it flew past Earth, Juno's JunoCam got its first opportunity to image a colorful planet. In this photo, taken at 19:03 on October 9, 2013 -- 12 minutes before closest approach -- you can see the west coast of South America.

As memorable as the Juno flyby was, the amazing thing is that Juno was by no means the only mission that the Deep Space Network tracked that day. All across the Solar System, our robotic proxies were exploring the frontiers we can't yet cross in person. The following photographs were all made within about 24 hours of Juno's closest approach to Earth.

At Mercury, the MESSENGER orbiter peered from behind its sun shade to glimpse the first world along the edge of its night. 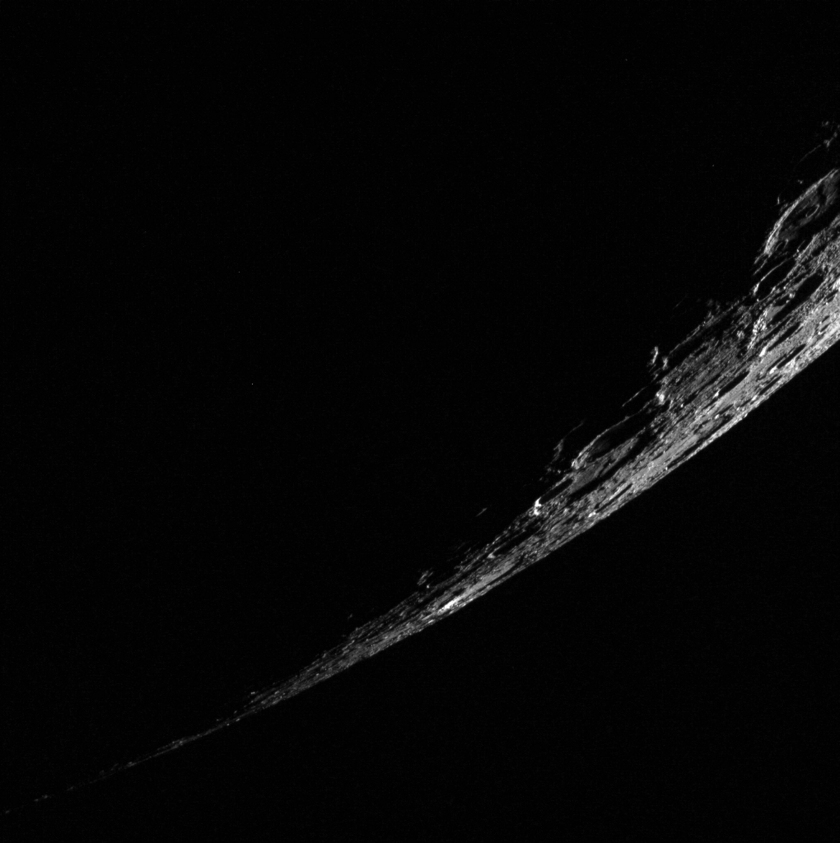 The MESSENGER spacecraft spies Mercury's limb and terminator on October 9, 2013.

While circling our own moon, the Lunar Reconnaissance Orbiter trained its camera on a "sea" right at the edge of the near side we can see from Earth. It captured the spectacular rays of a geologically young crater that extend for kilometers in all directions. 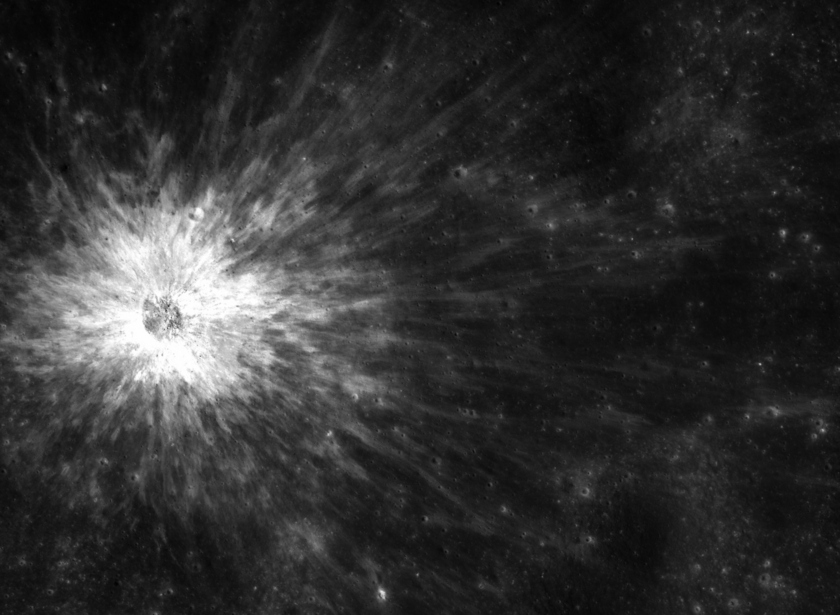 The Lunar Reconnaissance Orbiter took this close-up of an impact crater in the moon's Mare Marginis, a lava plain found right at the edge between the near and the far side.

Several missions were active at Mars that day. From orbit, the HiRISE camera scanned the north polar region, where it imaged a layered cliffside made of ice and dust. 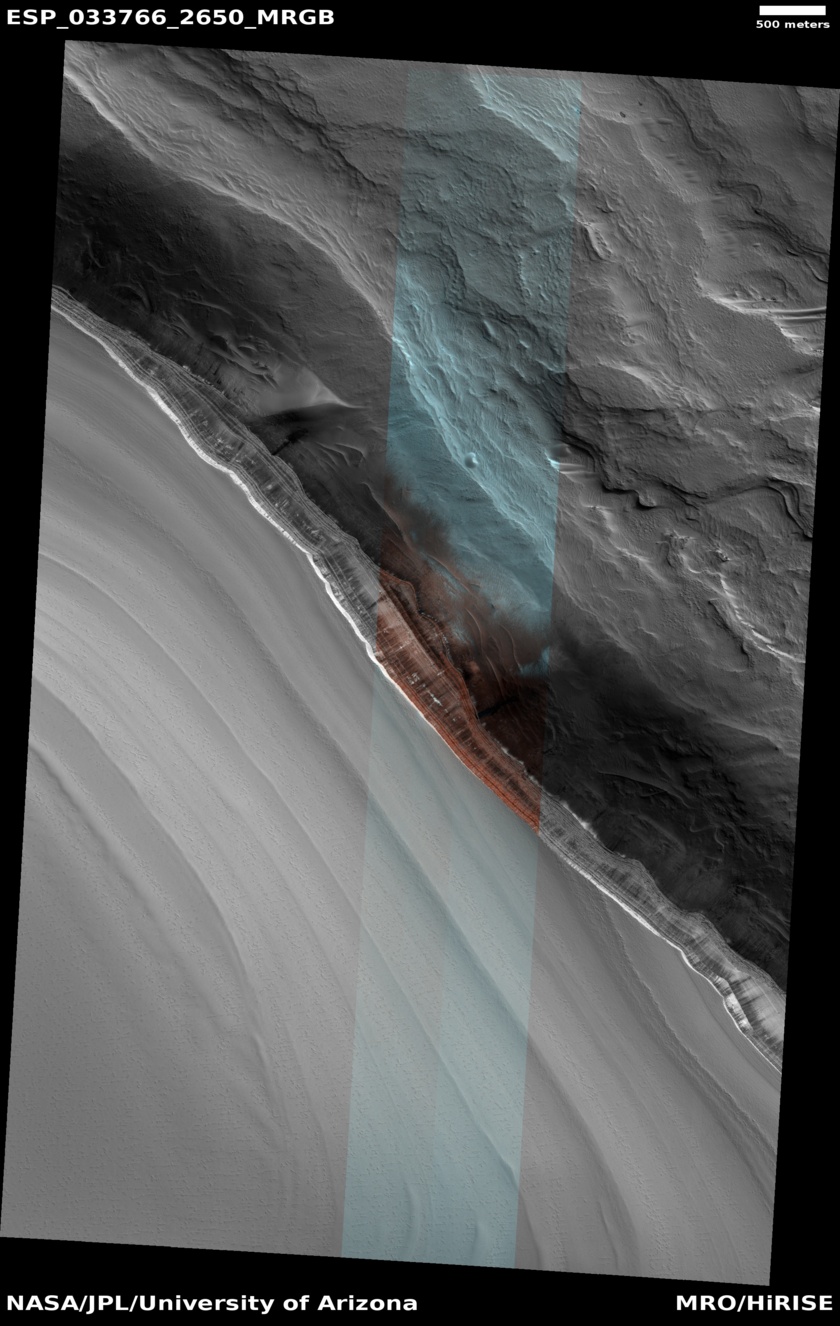 The Mars Reconnaissance Orbiter imaged this steep, icy scarp near the north pole.

Look closer, and there's a bonus: it looks like the picture was snapped right at the moment that an avalanche had kicked up a cloud of dust. 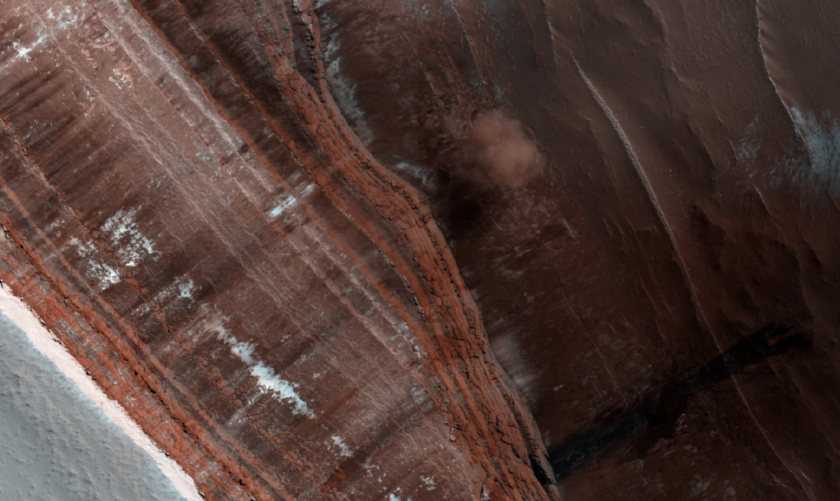 Caught in the act: an avalanche cascading down a steep, icy slope near the north pole of Mars has kicked up a cloud of dust. Captured by the Mars Reconnaissance Orbiter on October 9, 2013.

Meanwhile, a decade into its 90-day mission, on that same day the Opportunity rover was executing commands to examine the local geology at the windswept rim of the crater Endeavour.

Three views taken on October 9, 2013 by Opportunity as it continued its explorations at the edge of Endeavour Crater, Mars.

Half a world away, the mobile laboratory Curiosity was undertaking an audacious trek across the desert floor of Gale Crater.

Meanwhile, in the deep sky where the Sun shines a hundred times dimmer than at the Earth, the shimmering, golden-colored spacecraft called Cassini turned toward the sixth planet. It saw the rings, the ever-churning cloud tops, and the most enigmatic weather in the Solar System: the polar hexagon. 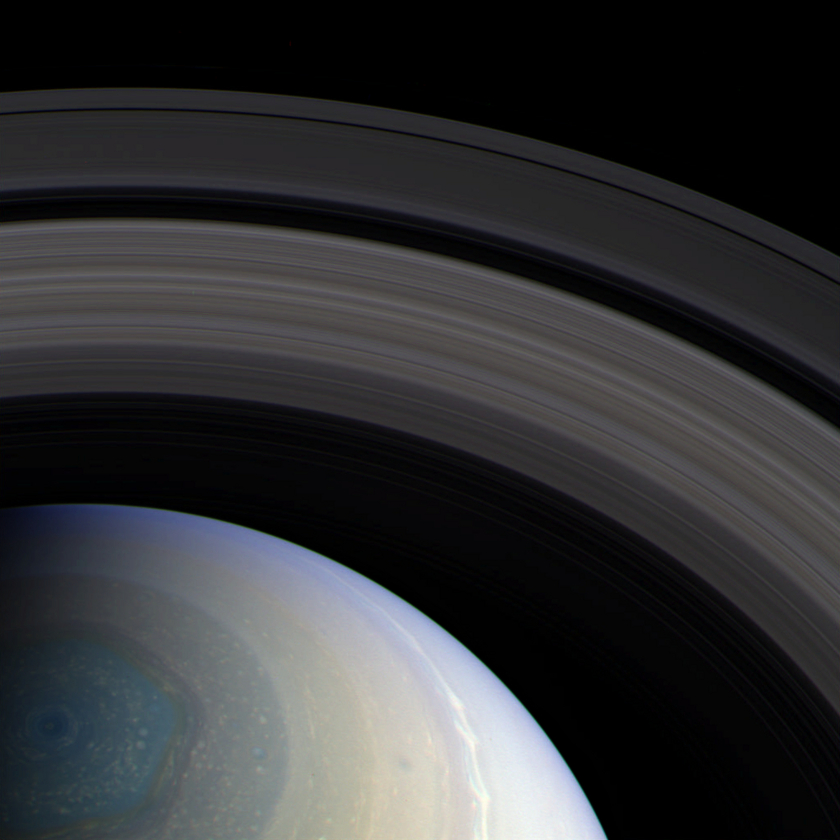 The Cassini spacecraft looks down on the north pole of Saturn. The scene is serene only from a distance--raging storms are clearly visible in the atmosphere.

These missions and several others are at work today, too. You can watch, in real time, as we listen in.

I'll say it again: it's an amazing time to be alive.

I like these yearly tours of a R-LD in space exploration. Thanks for doing it again! I still remember the planetary geology comparison theme you did last year. That was also a nice theme from a science perspective.