Harrison "Jack" Schmitt was the last person to step down onto the Moon. He was also the only professional geologist to work on the lunar surface, which he did during the Apollo 17 expedition to the Taurus-Littrow Valley.

The Moon's geology still fascinates Dr. Jack Schmitt. Just today, in fact, he spoke about his lunar fieldwork to scientists gathered at the 45th Lunar and Planetary Science Conference being held this week in Texas. He told his audience that the samples and field notes from the Apollo 17 mission are still useful today, but that's not all--there's another, newer tool available to Moon explorers: the Lunar Reconnaissance Orbiter. High-resolution images from the robotic spacecraft provide fresh perspectives from on high, such as revealing boulder tracks at the Apollo landing sites that astronauts didn't see from the ground.

Schmitt left the Moon in 1972. No one has been back since. But thanks to the Lunar Reconnaissance Orbiter, you don't have to be an astronaut to see lunar landscapes up close. LRO returns images with such great detail that objects as small as individual boulders, or even human-made objects like the lunar landers, are easy to spot.

My favorite LRO shots are taken at a highly oblique angle rather than looking straight down. Views like that, especially when the sun is low on the horizon, almost look like what you might see if you were standing there in person.

At the bottom of this page I've gathered a few of these postcards from the Moon. Each offers a nice perspective on the landscape, but to really feel like you're getting your boots dirty at the locations they show, you'll want to click on the small pictures in order to zoom in on the details that are only visible in the much larger versions.

For example, here's a detail from the Hausen Crater image: 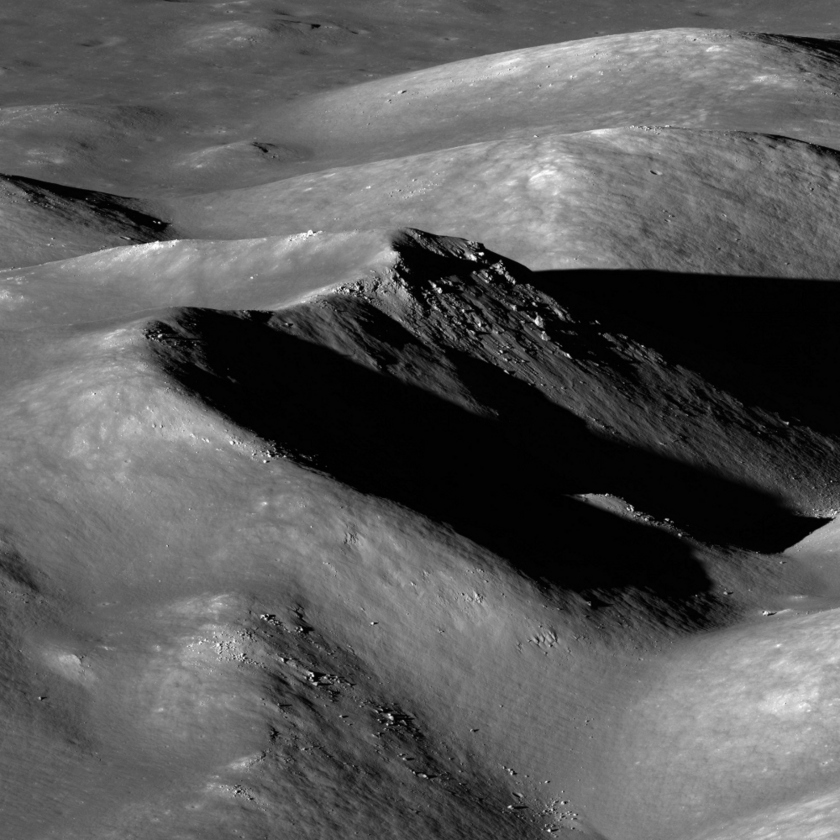 Who's up for a hike? The central peaks in the Moon's Hausen Crater, a detail from the much larger image below.

And here's another example, this one from Giordano Bruno Crater: 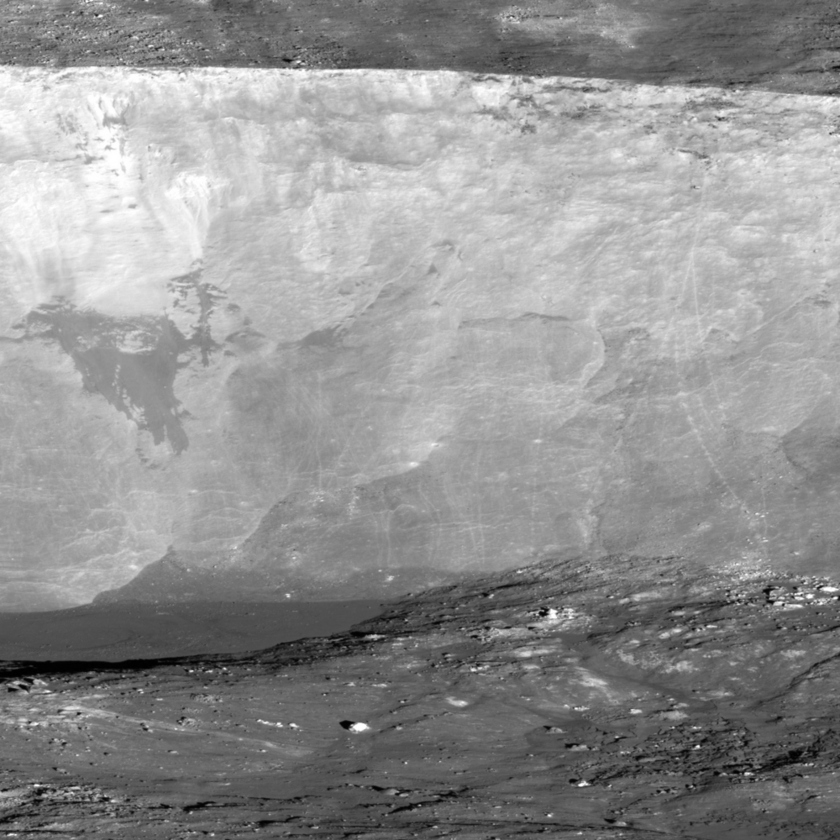 Beware of sliding boulders! A detail from a larger image of the Moon's Giordano Bruno Crater, as imaged by LRO.

Here are some more lunar locations. Clicking on each will lead to a page where you can enlarge the image and explore the full desolation in all its magnificence. All of these images were captured in the past couple of years, and most have not been widely published elsewhere. Happy moonwalking!

An oblique view into the Moon's Anaxagoras Crater, as seen by the Lunar Reconnaissance Orbiter with the Sun low on the horizon. Anaxagoras has a diameter of about 51 km.

A view of Giordano Bruno, a 22-km-wide impact crater on the far side of the Moon. When viewed large, the high resolution and oblique angle of this Lunar Reconnaissance Orbiter image almost make it seem like you're standing right on the edge of the crater.

The unusually smooth floor of Antoniadi Crater includes the lowest point on the Moon. The Lunar Reconnaissance Orbiter captured this oblique view of the peak at the center of the crater, which is 143 km wide.

Posidonius Crater, with its rille system named Rimae Posidonius. This oblique view of the 95-km-wide crater comes from the Lunar Reconnaissance Orbiter.

Hills at the center of Hausen Crater, as seen by the Lunar Reconnaissance Orbiter. The crater is nearly four kilometers deep. At high resolution, the angle and details visible in this image--right down to individual boulders--offer a moonwalker's perspective.

"Harrison "Jack" Schmitt was the last person to set foot on the Moon." Gene Cernan was the last up the ladder...... Dean

Made a small wording change that hopefully makes that more clear, thanks.

when do we get a google moon?

The images that enlarge are of great detail! Beautiful images! Thanks Bill.

My class would be interested to see this kind of geographical development. Its interesting to see this level of resolution compared to how we may perceive the moon from a distance. I will continue this learning on Tutoring in Thornhill