We have some new images from the Mars Express orbiter, added to the collection just last week. As always, they're beautiful. This time, I noticed something of a pattern in the latest shots: lots of weather. Mars may or may not have ever been a home to living creatures, but it's not a dead world. Here are some pictures as proof.

The Mars Express orbiter views a cloudy day over unnamed craters at the border of the Acidalia Plains and the highlands of Arabia Terra.

Mars experiences many kinds of weather, but these views of drifting or hovering clouds just feel so Earth-like. 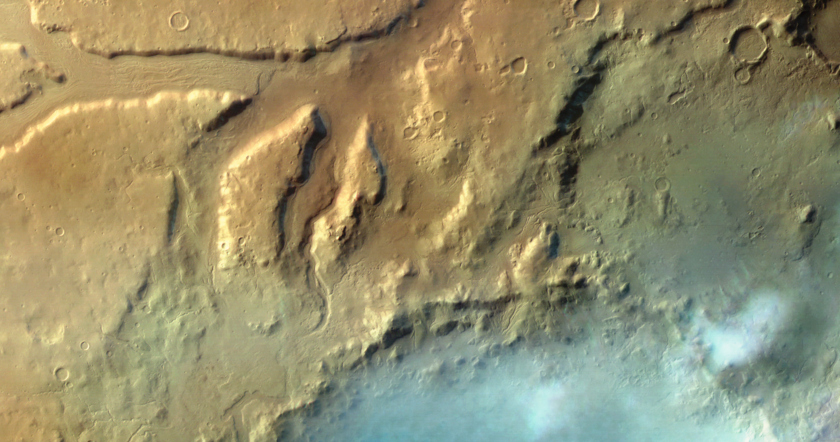 Moreux crater in the Protonilus Mensae region of Mars fills with clouds in this recent Mars Express image. North is to the right; color is approximate.

That said, it's a very thin and cold wind that blows on Mars. 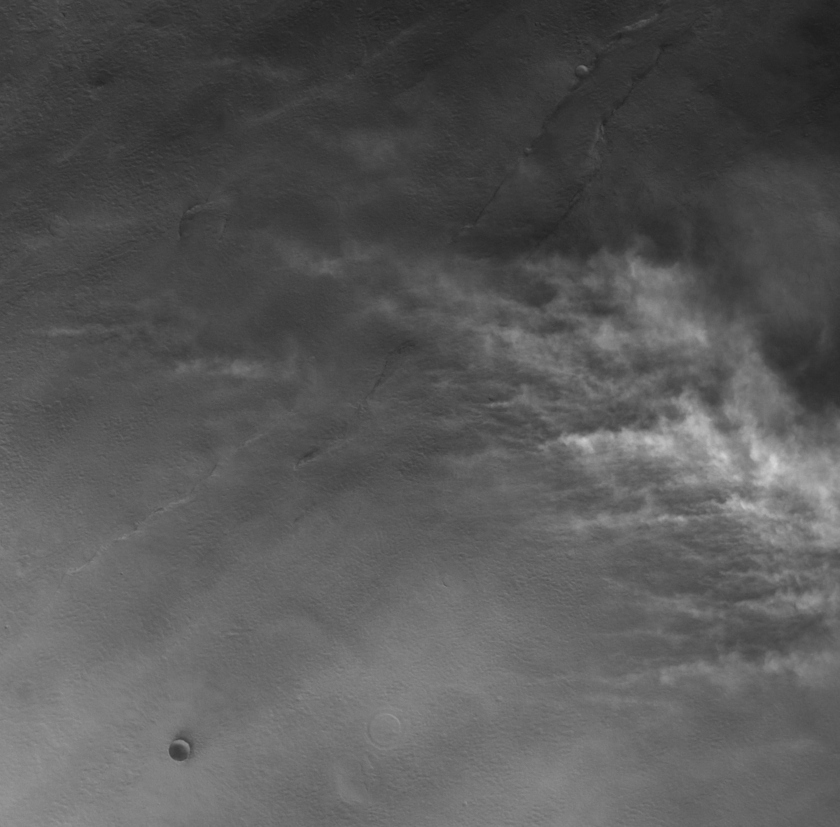 But the fact that we can observe the weather day in and day out, not just on one world, but several—there's a sign we're living in an amazing future.

Clouds on the Horizon

A recent view from the Mars Express spacecraft: the planet's limb on a cloudy day. The contrast in the thin atmosphere has been boosted.

any spike in the methane readings to go along with the clouds ?

No correlation that I'm aware of.

All I hear on methane is that is appears to be geology caused, MSL data. Has anyone heard of possibilities otherwise?