The First Taste of Mars

We're all indebted to pioneers. Even Mars rovers stand on the robotic shoulders of the missions that went before.

As the Curiosity team prepares to release the results of the first rock drill sample analysis, I thought it would be interesting to go digging (sorry) through the raw images of the Viking landings when they were collecting their first samples.

After centuries of speculation, in the 1970s the twin Viking landings made it possible for the first time to know what it looks like to stand on the surface of Mars. The mission was also the first to successfully collect samples and analyze them, right on the spot, with laboratories on board the landers. Until the Mars Phoenix lander touched down decades later, no other spacecraft at Mars could do the same. 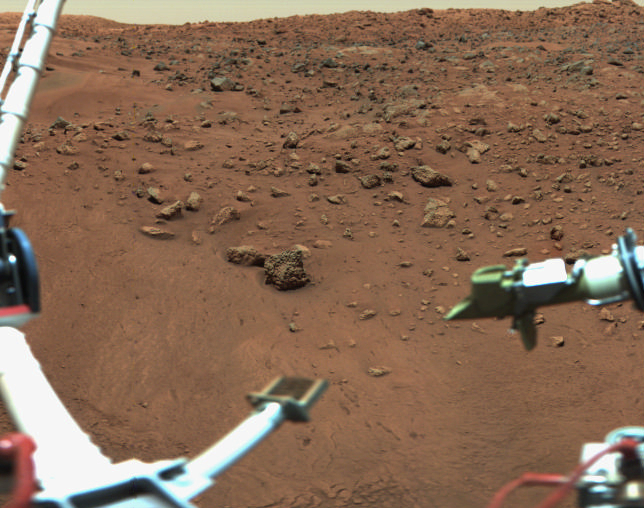 New Tools for a New World

A few sols after landing at Chryse Planitia on Mars, the Viking 1 lander prepares to retrieve samples with its collector tool (right). 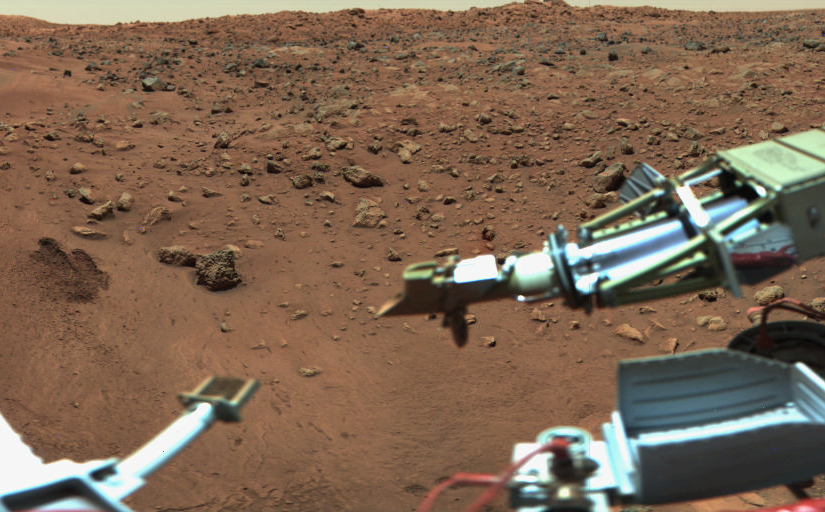 The Martian soil has been disturbed and the collector head is dusty after the Viking 1 mission collected some of the first-ever samples on another planet.

The pictures from these early operations show landscapes that have become to familiar to us. And, despite the fact that they were using 70s technology in a fixed location instead of on a rover, there's a certain similarity between these images and what we've been watching come down from Curiostity over the past few months. 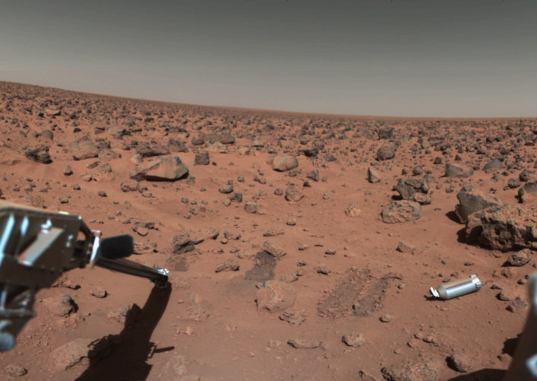 Scratching at the Surface

The sampler arm of the Viking 2 lander digs in the regolith at Utopia Planitia. The cylinder on the right is the ejected shroud that once covered the collector head on the sampler.

Viking mission scientists retrieved samples from the surface with the help of a long boom on each lander. These could deliver material to a gas chromatograph mass spectrometer, an X-ray flourescence spectrometer and a suite of biology experiments inside the lander body.

Viking gave us the first measurements of the surface and atmosphere of Mars, but really made history by landing the first probes to conduct tests in situ for life beyond Earth. The data they returned are still under scrutiny and debate to this day. Between them, the Viking landers captured about 4,500 images, and they continued operating years beyond their designed life span. The Viking 1 lander functioned until November of 1982.

The surface sampler arm on the Viking 1 lander digs for samples at Chryse Planitia on Mars.

What's more, the lessons learned and techniques pioneered by the Viking team provided today's rover handlers with some of the foundation of their craft, and raised scientific questions we're still trying to answer. In fact, more than once Curiosity has been called "Viking on wheels." 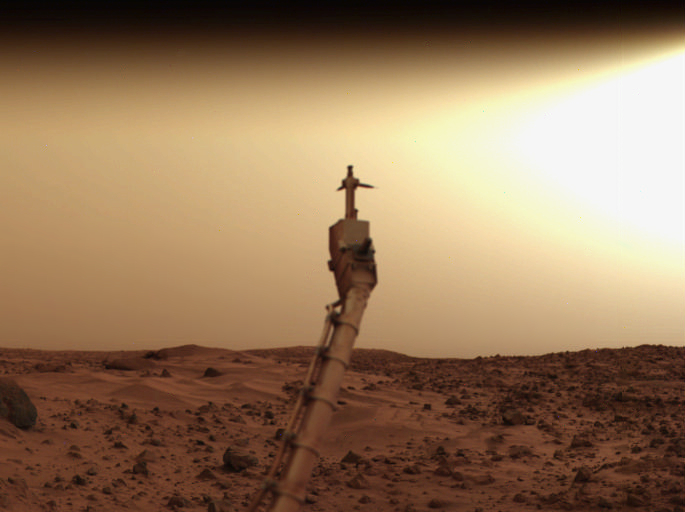 A Finger to the Wind

The meteorology boom on the Viking 1 lander lifted wind direction, wind velocity and temperature sensors into the Martian air.

Didn't the Mars Phoenix Lander also "successfully collect samples and analyze them, right on the spot, with laboratories on board the lander(s)"?

Thanks for the trip down memory lane! Your description stated of 'Viking on wheels' means no more crying because we can't even go over the nearest ridge to see what's on the other side! LOL!!! Thanks Viking 1 & 2 landers! Roll on MSL!