The Vichada River snakes slowly through the thick foliage of the Colombian jungle. It twists and turns through the marshy plains, never deviating from its constant western course. Only in one place, at the center of Vichada province in Eastern Colombia, does the river vary from its westward flow: there it shifts suddenly southward and for dozens of kilometers follows the arc of a near-perfect semi-circle. Finally, it straitens out and resumes its normal flow on its way to join with the mighty Orinoco.

It was January of 2004 when the elegant curve of the Vichada first caught the attention of geologist Max Rocca of Buenos Aires. Rocca at the time was searching for traces of ancient asteroid impacts in South America, a task made exceptionally challenging by the jungle growth that covers much of the continent and obscures the outlines of mountains and depressions. While pouring over images from the Landsat 5 satellite, which were posted on the website of NASA’s John Stennis space center, Rocca noticed the circular arc of the Vichada River. This, he realized, might be a clue: Perfect geometrical contours are rare in nature, and the presence of such a curve on the Vichada was suggestive. Could it be that the course of the river was shaped by the circular outlines of an impact crater? Rocca decided to find out. 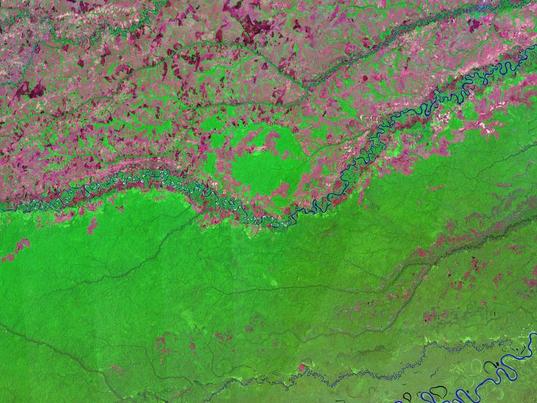 A Curve in the River

A Landsat 5 image of the semi-circular path of the Vichada River in eastern Colombia. The perfect curve caught the attention of geologist Max Rocca, who suggested it could be the outer boundary of an impact crater

Max Rocca is not a traditional geologist. He is not employed by a university department, and his work is not sponsored by any government agency or mining and drilling company. The 43 year-old Argentinian is a private citizen who makes his living as a systems analyst, and although it has been years since his days as a student of geology at the University of Buenos Aires, his fascination with the structure of the Earth never waned. In 2002 he applied for a grant from The Planetary Society to help him search for impact craters in the jungle-covered terrain of South American. To us at the Society he seemed like a perfect candidate – an amateur with the skills of a professional, someone who will make the best use of the resources we can provide. We quickly granted his request, and have been funding his work continuously for the past 8 years. Rocca, for his part, did not disappoint, and has been producing a steady stream of discoveries ever since.

Rocca specializes in the study of satellite images and aerial photographs of remote regions, and time and again he has demonstrated his remarkable talent for seeing what others cannot. In 2008, for example, in Patagonia in central  Argentina, he relocated the largest impact crater field in the Southern Hemisphere, which was originally discovered by geologist Hugo Corbella in the 1980’s.  Known as Bajada del Diablo, the region contains more than 100 craters ranging from 100 to 500 meters in diameter. Rocca then joined forces with a group of geologists from Argentinian research centers who travelled to the region, and in 2009 they jointly published a paper about the crater field in the journal Geomorphology. Along with team member Rogelio Acevedo of the Southern Center for Scientific Research (CADIC) in Tierra del Fuego, Rocca is now working to produce a complete catalog of South American impact craters.

Rings in the Jungle

But it was the Vichada River that provided Rocca with what is perhaps his greatest triumph. After spotting the river’s semi-circular detour he began to carefully analyze the terrain inside the Vichada’s gentle arc. What he found was a circular depression, 20 kilometers in diameter, surrounded by a ring of low hills, 30 kilometers in diameter. This in turn is surrounded by an outer circle of hills with a diameter of 50 kilometers. It was this outer ring of hills that caused the Vichada to stray from its westward flow and follow the circular outlines of the basin instead.

A central depression surrounded by rings of hills is, as Rocca well knew, the classic shape of an impact crater. “When I saw for the first time the giant structure in the Landsat images” he recalled in a recent e-mail to the Society, “ I thought Wow! …What is this??? It is huge!” He knew right then that he had discovered something extremely important. He then measured the crater and found that it was a full 50 kilometers across. “At that time,” he recalled, “ the largest impact crater in South America was the Araguainha crater in Brazil, with 40 kilometers in diameter. So I realized I had just discovered a possible impact crater larger than the largest in South America!”Fully aware of the importance of his discovery, Rocca presented it at the 2004 meeting of the Meteoritical Society in Rio de Janeiro, and his brief announcement was published in the conference proceedings.

But although Rocca strongly believed he had discovered the largest impact crater in South America, the satellite images alone were not enough to clinch the case. Until additional data was gathered, it was still possible that the Vichada basin was created by different processes altogether. To confirm that the Vichada structure was indeed an impact crater Rocca considered traveling to Colombia to examine the site himself, but was dissuaded when he found that the remote region was controlled by local drug lords. And so for 4 long years the Vichada structure remained a “possible” impact site, even a likely one, but not a confirmed impact crater. 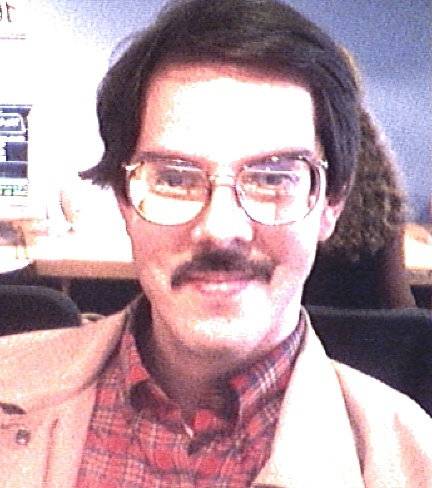 So things stood when in 2008 Rocca made contact with a group of geologists at the National University in Bogota, Colombia. The Colombian team, headed by Orlando Hernandez, was studying the Vichada structure for the benefit of two mining companies who were interested in uncovering mineral deposits in the region. Working closely with Ralph von Frese of Ohio State University, the Colombian team decided to look at gravitational anomalies above the Vichada structure in the hope that they would provide clues as to whether it was formed by the impact of a space-rock. The method seemed promising: as recently as 2006 von Frese had made headlines when he and colleagues used precisely this method to detect a giant impact crater, nearly 500 kilometers in diameter, hidden beneath the Antarctic ice.

The Free Air Gravitational Anomalies (FAGA) method is based on a simple principle: when measured from a fixed height, say from a plane or helicopter, the gravitational pull of a mountain is greater than that of a valley or depression.  This is because the rocky mass of the mountain adds a tiny but measurable increment to the gravitational pull of the Earth at that location. In reality, however, free air gravitational measurements do not quite track the outline of the terrain, and the difference between the projected and the actual figure is called the “anomaly.”  This anomaly can provide geologists with important clues as to what is going on deep beneath the surface.

A negative anomaly, as when the gravity increase above a mountain is less than predicted, often indicates that the Earth’s crust is particularly thick beneath a mountain. A thick crust means that the Earths thick mantle is pushed further down, and since the crust is lighter on average than the mantle gravitational pull is reduced. A positive anomaly, by contrast, might indicate that the crust is shallow, and the heavy mantle lurks relatively close to the surface increasing gravitational pull. 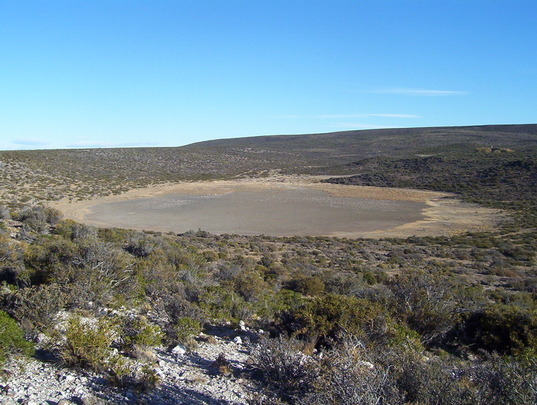 Von Frese had seen sombrero anomalies before. Back in the 1960s and 70s geologists were startled to find that the gravitational measurements above craters on the Moon were the reverse of what was expected: high readings over the central depression, low readings around the raised edges. Later studies on Martian craters showed the exact same pattern.

Confronted with this puzzling result geologists set to work, and ultimately solved the mystery: the “sombrero anomaly,” they concluded, was born of the dynamics of the ancient impact. When a large space rock slams into the surface of planet or moon, the crust initially recoils from the impact, but it immediately bounces back part of the way. When it does so the crust pulls with it part of the thick mantle that lies beneath it, bringing it closer to the surface than it had been before. The mantle then “freezes” in place, forming a mantle “plug” burried inside the crust. This dense mantle plug at a relatively shallow depth produces the strong gravitational pull at the center of an impact crater, and hence the sombrero anomaly.

The fact that gravitational readings above the Vichada site produced a clear sombrero anomaly was a strong indication that the structure was indeed an impact crater, and in December of 2009 Hernandez and his colleagues published their findings in the Earth Sciences Research Journal. To Rocca, this was the confirmation he had been waiting for: the circular Vichada structure, which he had detected years before by the curve of the river in the Landsat images, was almost certainly an impact crater.

Max Rocca is, in a way, a throwback to an earlier era, before science became the highly professionalized activity it is today. He pursues his research not for money or career advancement, but for his love of geology and his endless curiosity about the history of the Earth. With little more than a computer, a natural gift for recognizing geological formations, and a grant from The Planetary Society, Rocca has left an indelible imprint on the geological map of  South America: He has rediscovered both the largest known crater field and found the largest known impact crater in the entire continent. And he is far from done: “These past years working funded by TPS have been the most happy years in my life” he wrote us recently, and we at The Planetary Society are honored that we can support him in his work. We hope to continue doing so for years to come.