This is galactic collision at its finest: 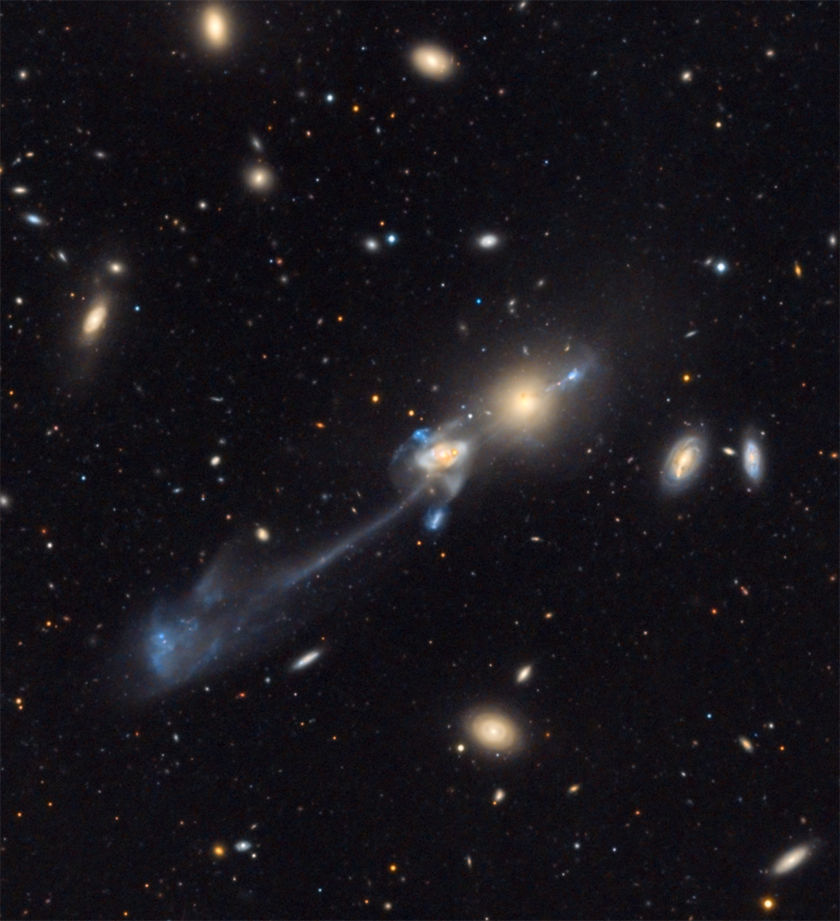 This view of the galactic collision NGC 3561 (Arp 105) was acquired in March 2018. View additional information.

NGC 3561A and NGC 3561B have collided and produced huge stellar tails, plumes and even possibly "ejecta" that are condensing to make tiny "new" galaxies. Hot young stars glow blue where rejuvenated star formation is taking place. Reminiscent of the Keenan System (NGC 5216), these galaxies also seem to be connected by a string.

But staring at this particular pair of galaxies is literally not the full picture. These galaxies are part of a massive galaxy cluster located some 400 million light years away. Please click on the photo above and scroll down to see many hundreds of galaxies in the field.

According to some the plume and tidal tail look like a guitar. Certainly galactic collision is a riff that can clearly be seen throughout the field with many other galaxies having been through a similar encounter. 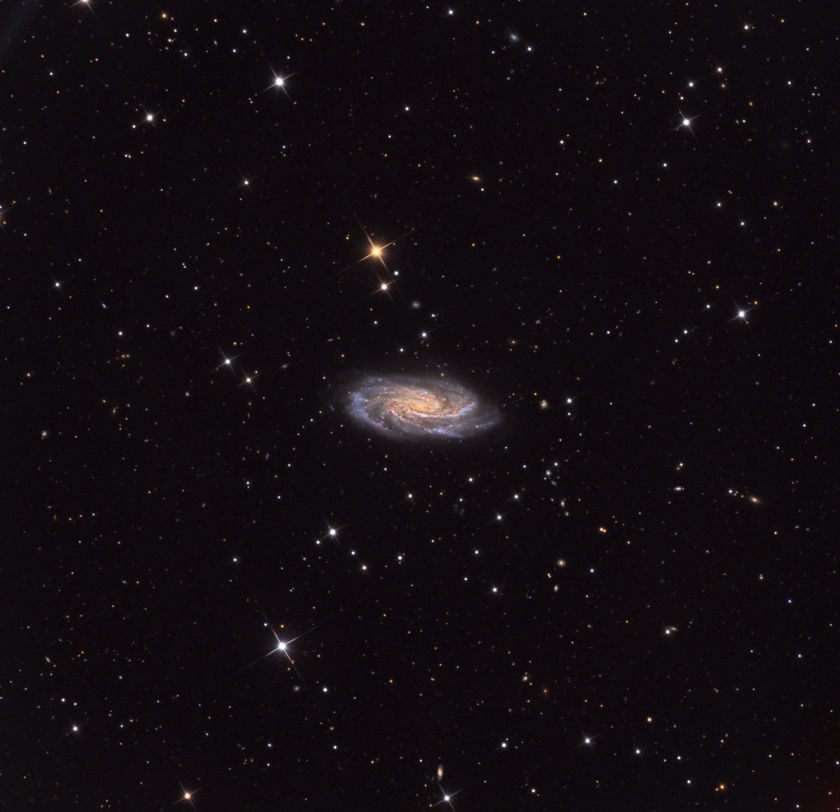 This view of the spiral galaxy NGC 3672 was acquired in March 2018. View additional information.

This galaxy is of interest to astronomers as a Seyfert galaxy that has had numerous supernovae events over the years. However on this occasion the galaxy was of interest to another young astronomer because of its beauty. Maddie Fragner, an energetic 11 year-old girl, selected this galaxy to observe and acquired the data by operating the telescope remotely. Although she deals with cerebral palsy, her 21st century childhood automatically bestows proficiency with technology and she captured the photons from this galaxy—some 85 million light years distant. Although we didn't see a supernova in NGC 3672, this rising star might some day shine just as bright as a future astronomer.

You can see images of Maddie and learn more about her here. 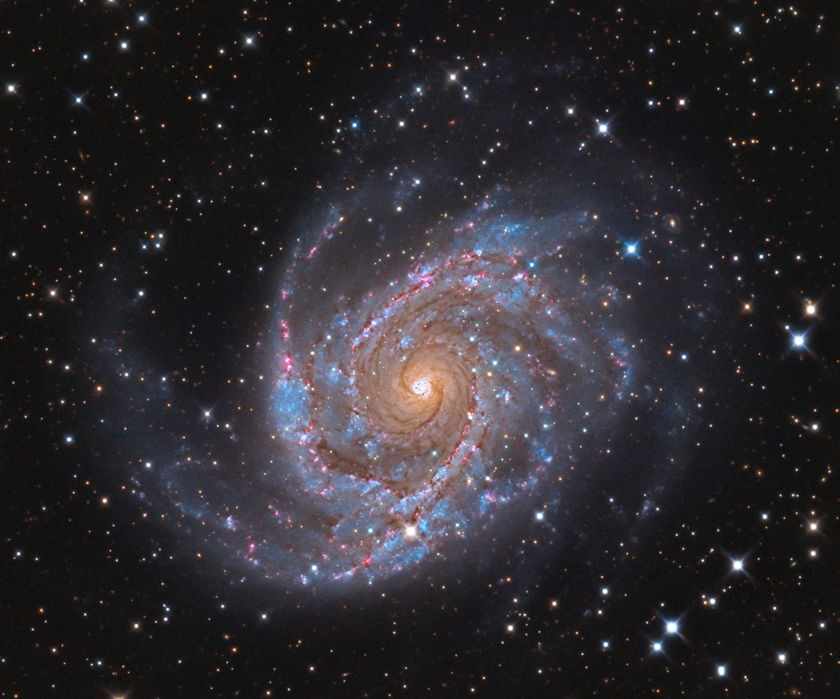 This view of the spiral galaxy NGC 2997 was acquired in spring 2018. View additional information.

It is a "grand" type galaxy because it spiral arms are well-defined and luminous. However, even though it isn't a scientific consideration, it is also magnificent in the vibrancy of its color and stately in the way that staring at it evokes a sense of slow and powerful rotation (perhaps like the clouds of a hurricane). At 30 million light years way, it is close enough to resolve the many pink HII regions that populate its arms as well as large bluish star associations that define the leading edge of the star formation in the galaxy. Although it is visible from southern locales in the northern hemisphere, it is an object best photographed from an observatory south of the equator.