NGC 5084 is one of the most massive galaxies in our neighborhood—but likely isn't well known: 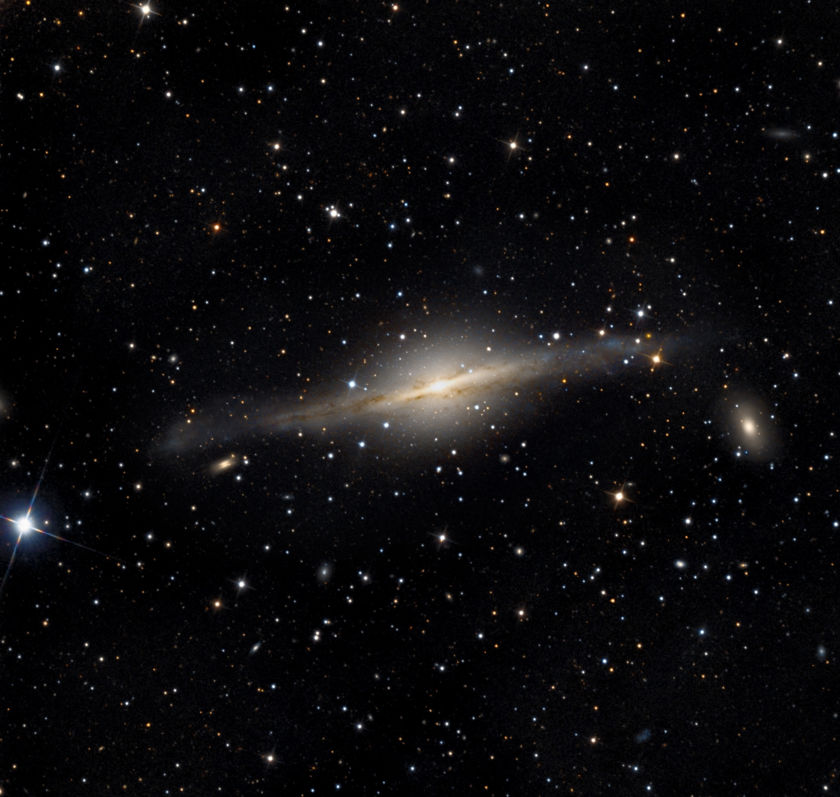 This view of the spiral galaxy NGC 5084 was acquired in April–May 2017. View additional information.

Different sources (using different models) calculate it could be 3-6 times the mass of our own Milky Way (which isn't too small!). Its warped disk and mostly smooth appearance seem to indicate it has undergone many galactic interactions. At a distance of 80 million light years away the remaining details are difficult to see—but what makes the galaxy interesting are the delicate tendrils of dust seen throughout the disk.

NGC 6894 is an eye-catching nebula with intricate detail towards the direction of the galactic plane: 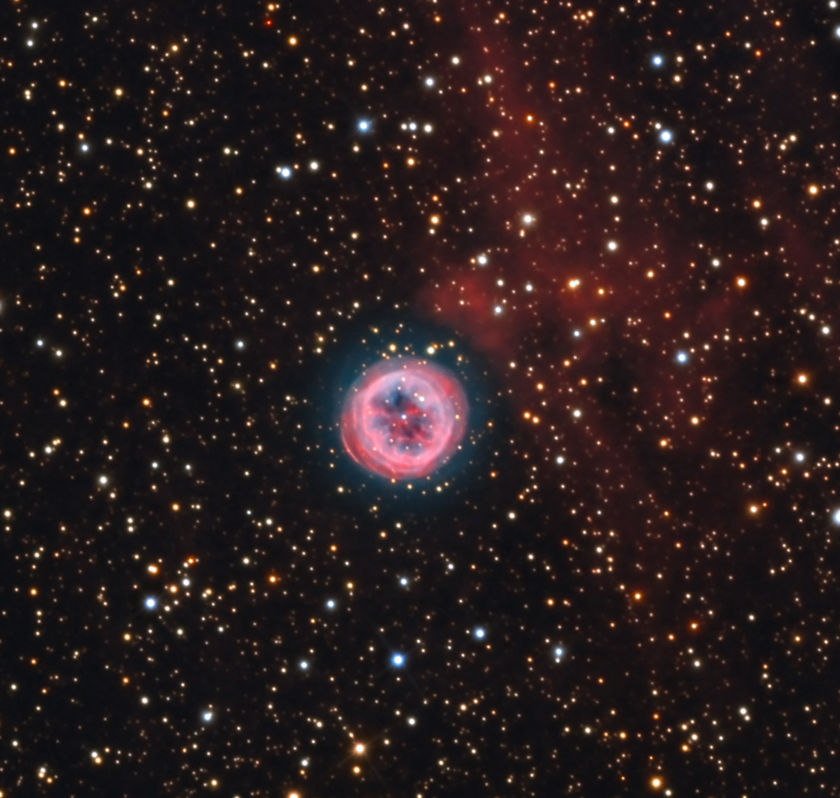 This view of the nebula NGC 6894 was acquired in September 2018. View additional information.

Being in the disk of our galaxy means that there is a greater chance for two different objects to interact with each other. That appears to be the case here where a dying star is moving through space and by chance is interacting with cloud of hydrogen gas that glows a faint red color. The central star of the nebula, although seemingly small here, is a powerhouse of UV radiation that produces the vivid colors of the main nebula as well as lights up its environs.

For the astrophotography enthusiasts: This kind of object lends itself to wonderful color contrasts when imaging through narrowband filters. However, with enough signal, broadband images captures the same information- and it is possible to achieve similar degrees of contrast.

Here is a small group of galaxies, including NGC 1497, some 290 million light years distant: 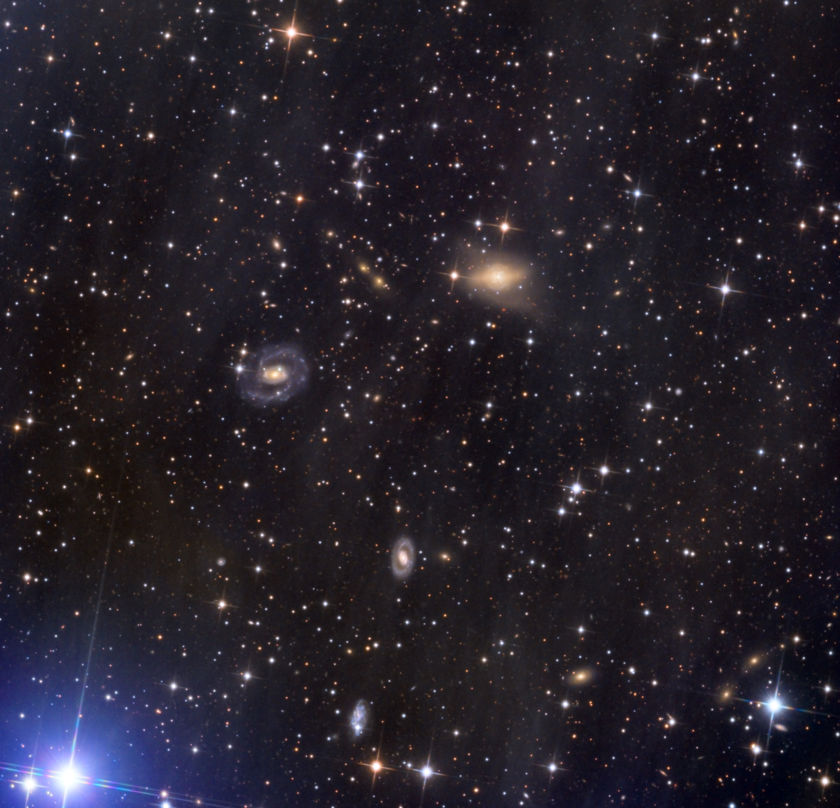 This view of a group of galaxies, including NGC 1497, was acquired in September 2018. View additional information.

You will really need to visit the page above to appreciate this image. The zoomed out view shows that these faraway galaxies appear small and behind obscuring veils of galactic cirrus. This bit of sky is in the direction of Taurus (near the Pleiades) which is filled with dust (400 light years away) that attenuates and reddens the light of the Universe beyond.

Click on the photo above for larger view and a full resolution crop of the galaxy. In all of my astrophotographic travels I have never seen a galaxy quite like this one! It has an inner dust lane and a cylindrical like bulge surrounded by ring-like structures. I don't think it is a polar ring galaxy, but the symmetry speaks volumes about the structures that I think may be interesting kinematics.

Here is a Hubble Space Telescope image of the galaxy NGC 1497: 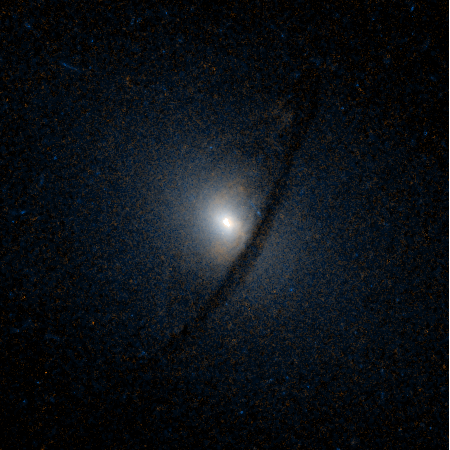 However, it only captures the dust lane and is a very short exposure, shown here likely for the first time is all of this weirdness. Apparently there is a study that *did* look at this galaxy in radio wavelengths in a survey to characterize the relationship between dust structures and radio jets. However, it makes no note of jets or this (surprising) structure. So is it something of note, or just the imaginations of a long-time astrophotographer that knows enough to mislead himself? Time will tell.