Pretty Pictures of the Cosmos: The Cosmic Ocean

NGC 521 is a beautiful barred-spiral galaxy: 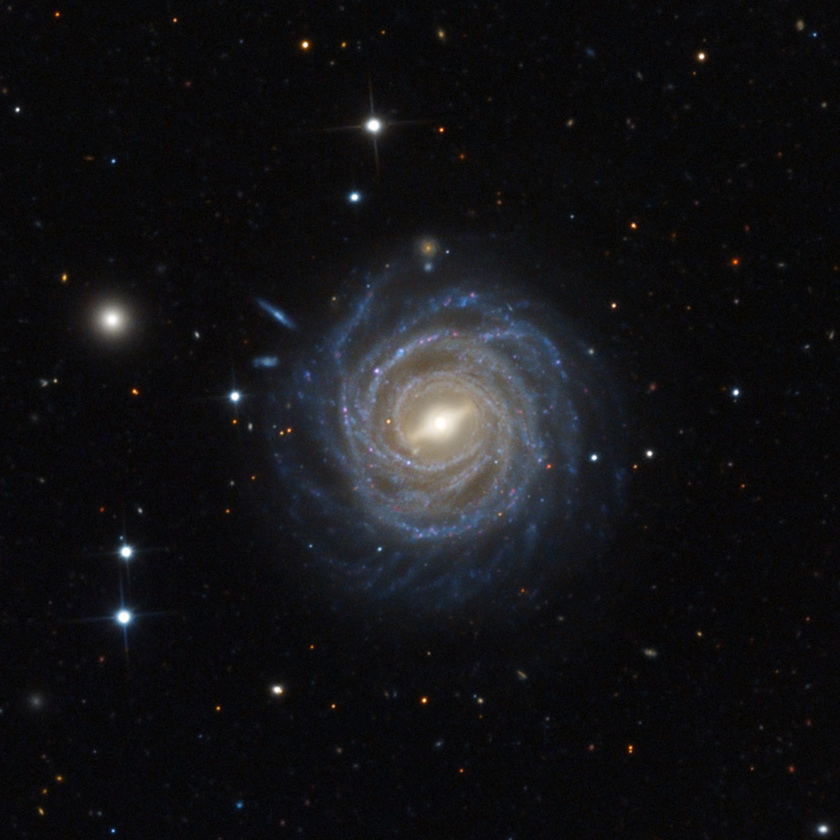 This view of the spiral galaxy NGC 521 was acquired in November 2015. View additional information.

Based on a recessional velocity (due to the expansion of the universe) of 5,000 kilometers per second, this galaxy is a bit more than 200 million light years away. If this distance is correct, then the apparent size of the galaxy indicates it is significantly larger than our own and perhaps more massive as well.

Please be certain to click on the image above to the larger version and scroll around in the cosmic ocean filled with background galaxies in addition to this showy spiral.

NGC 918 is a beautiful spiral galaxy seen through a small opening of galactic cirrus towards the constellation of Aries: 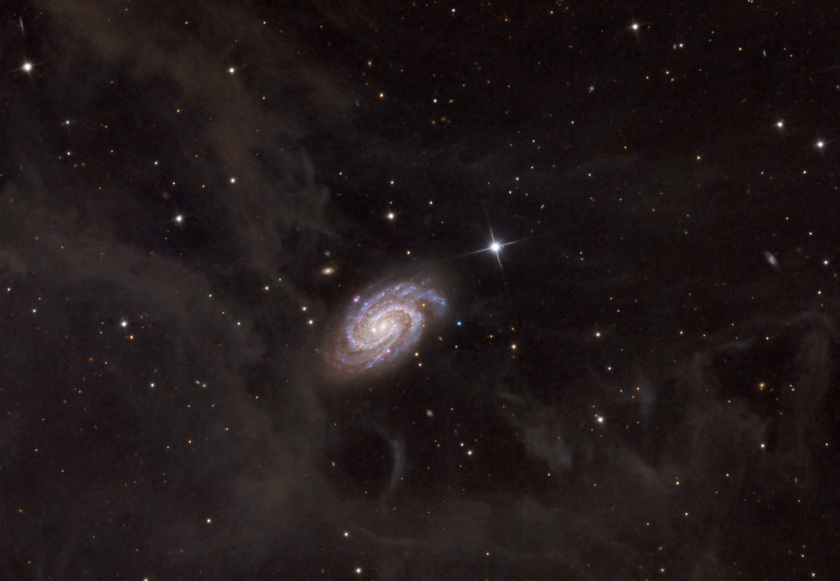 This view of the spiral galaxy NGC 918 was acquired in November 2015. View additional information.

This galaxy briefly received some attention in 2009 when a star in the galaxy exploded as a supernova. It has since faded—but even without the extra adornment this galaxy is pretty with its bluish arms and glittering pink star-forming regions. Note how the dust in the foreground slightly covers and reddens the lower left portion of the disk. This galaxy is roughly half the size of our own Milky Way and is some 60 million light years beyond the dust that pervades the field of view. Be certain to click on image for the larger version to see the what is likely the highest resolution full color image of this object.

I don't know why, but I never tire of spiral galaxies and their grand sweeping displays: 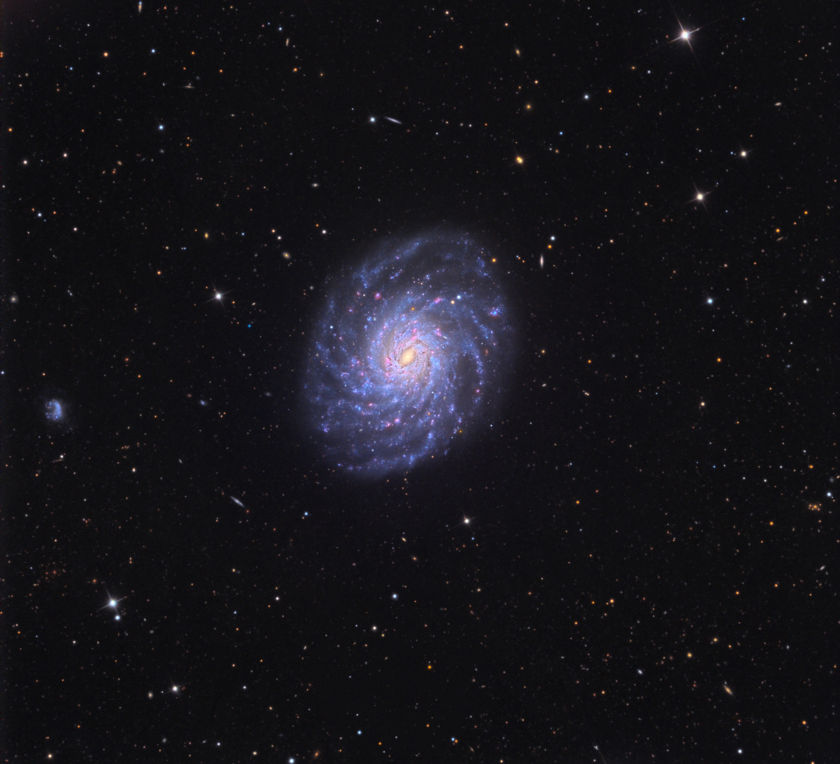 This view of the spiral galaxy NGC 3486 was captured in January-February 2017. View additional information.

NGC 3486 literally sparkles with pink HII regions; and a Pointilist's array of bluish white dots define the many spiral arms of this galaxy. At a distance of 28 million light years away, it is close enough to resolve a kind of "granularity" of small structure that is blurred in galaxies much more distant (using this telescope from the ground anyway). It has been thirteen years since I last visited this galaxy and captured its countenance—I am really pleased to have spent time with it again, this is a fine portrait.

NGC 5866 is classified as a lenticular galaxy but its inner dust lane and bluish wings suggest a spiral galaxy racked by galactic interactions: 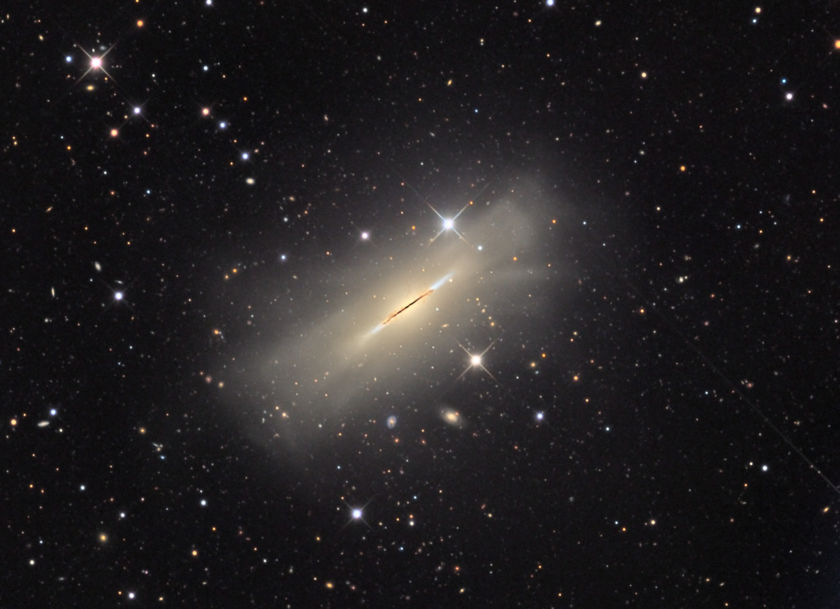 This view of the lenticular galaxy NGC 5866 was captured in April-May 2017. View additional information.

The outer halo shows the shells and plumes of previous galactic assimilation (likely smaller interlopers). Typically the galaxy is presented either showing the surprising inner detail or structure of the outer halo. It is very difficult to render a "naturalistic" version that does both. It reminds me of an agate geode (crystal). The surprise is hidden within the inner hollow- and even then polishing of the surrounding agate is necessary to really appreciate the beauty of its full natural form.

What would the night sky look like from a planet orbiting one of 100,000 stars in a cluster like this? 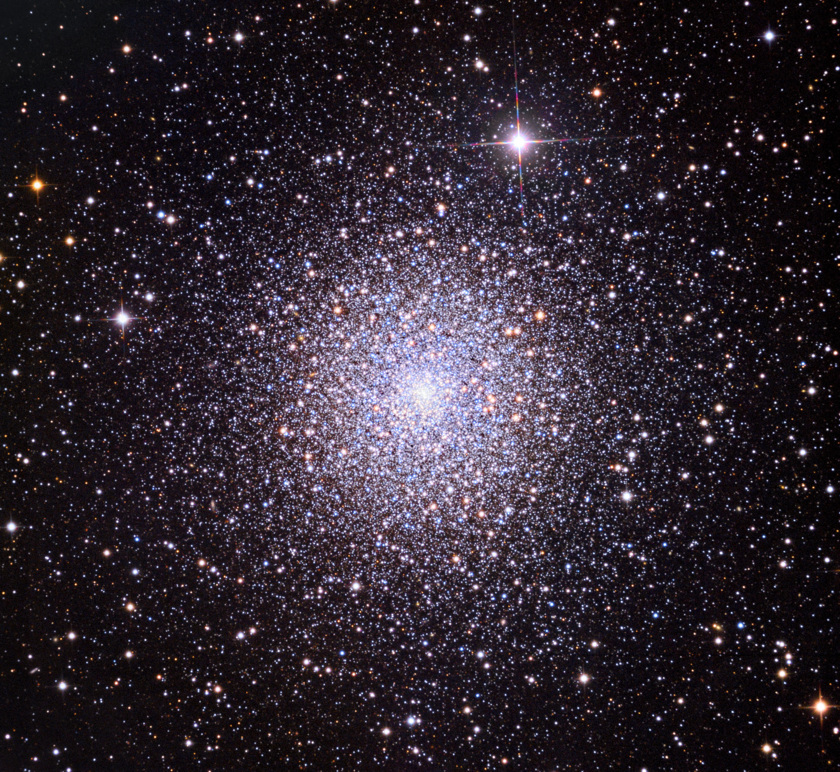 This view of the globular cluster M15 was acquired in December 2015. View additional information.

The famous objects are always a challenge, but here is a rendition of M15 reimagined by artistic choices through recent processing techniques. The idea here is to communicate the sheer number of stars with the greatest resolution and color gamut possible. Isaac Asimov certainly never saw a globular cluster this well—and yet, with his facile mind he probably did imagine something even greater. Indeed he found the idea of these clusters so compelling that he built a short story with one as a central construct (Nightfall). I hope this image pays homage to that creative vision.