Earth has something of a ring system—a human-made one, anyway. Geostationary satellites are carefully placed in orbits that are fairly narrowly defined along the Earth's sky-projected equator:

This 10-frame mosaic of Earth's geostationary satellite belt covers approximately 35 degrees of sky. The images were captured on May 2nd, 2017 from Tucson, Arizona.

Simply take a picture of the sky along this line at night and you will find them. No tracking needed because their revolutionary periods around the Earth match the Earth's rotational period (so the stars will trail). This puts these satellites out there at around 26,200 miles from us.

The image is a 35 degree swath of sky. It is more of an educational kind of image rather than a pretty one, but I think it is interesting because it is accessible and yet not commonly thought about. I have labeled the majority of the critters in the image, though there are obviously others detected. 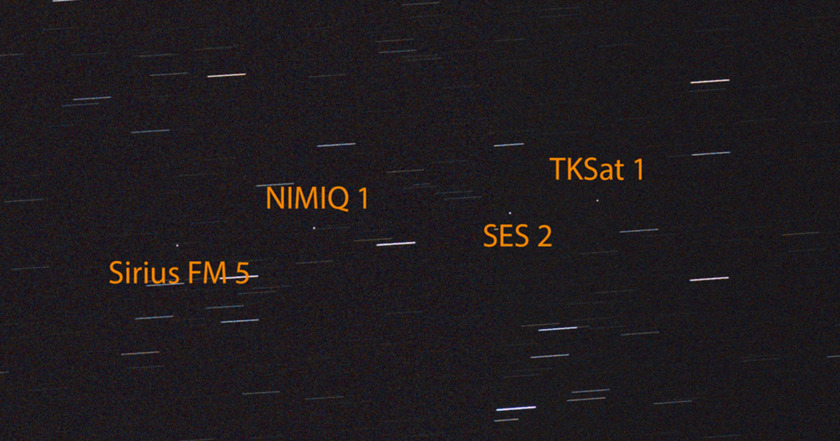 An excerpt from a 10-frame mosaic of Earth's geostationary satellite belt.

The images were captured from my backyard using a telephoto lens and a DSLR camera.  It recreates, somewhat, an older film image created by Bill Livingston at Kitt Peak National Observatory.

That's an interesting point about "Earth's ring system". I wonder if an astronomer on Mars looking at Earth in the infrared would see the band of geostationary satellites as something like a ring.