Pretty Pictures of the Cosmos: The Space Between

NGC 5719 and NGC 5713 make for an interesting pair of spiral galaxies: 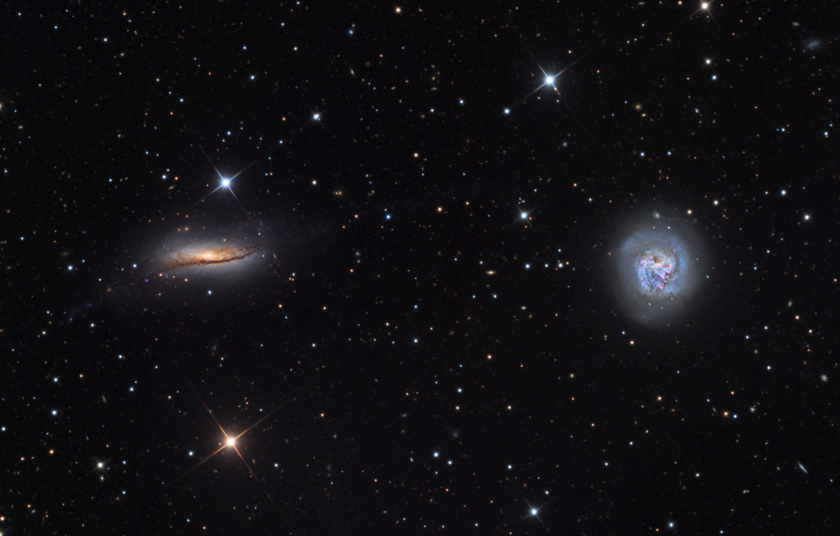 This view of two spiral galaxies, NGC 5713 and NGC 5719, was acquired in April–May 2016. View additional information.

NGC 5719 is edge-on from our perspective and displays the tell-tale signs of the interaction between these two galaxies by its warped disk. Indeed there is a very faint stream of stars that extends several galactic radii from the galaxy in both directions—a feature not typically captured. The face-on NGC 5713, peculiar as well. It shows its perturbations by its complex inner structure and unusual single spiral arm. These galaxies are roughly 80 million light years away.

Located in a dense star field towards the constellation of Aquila are dark clouds of dust that are punctuated with small curious nebulae: 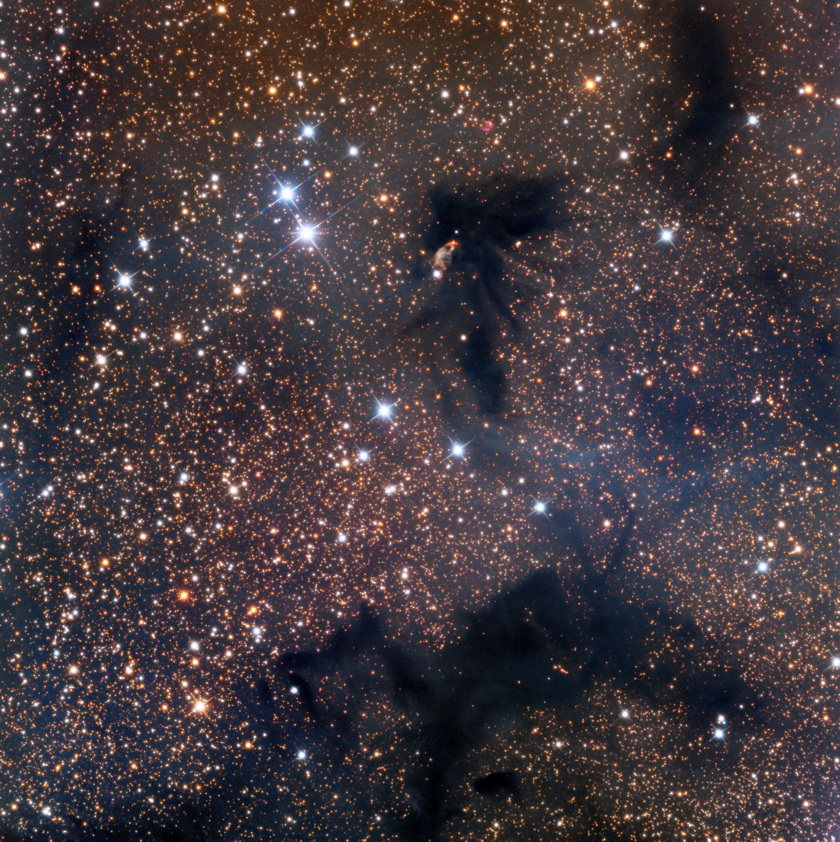 This view of interstellar dust clouds LDN 604 and GGD 30 was acquired in July 2016. View additional information.

GGD 30 is the small bright cloud emerging from the dark smoky area near the center of the image. Its source of illumination is hidden deep within, having been identified through infrared studies of the cloud. Collectively, the dark clouds in the field are called LDN 604.

NGC 4100 is a tightly wound spiral galaxy located about 60 million light years away: 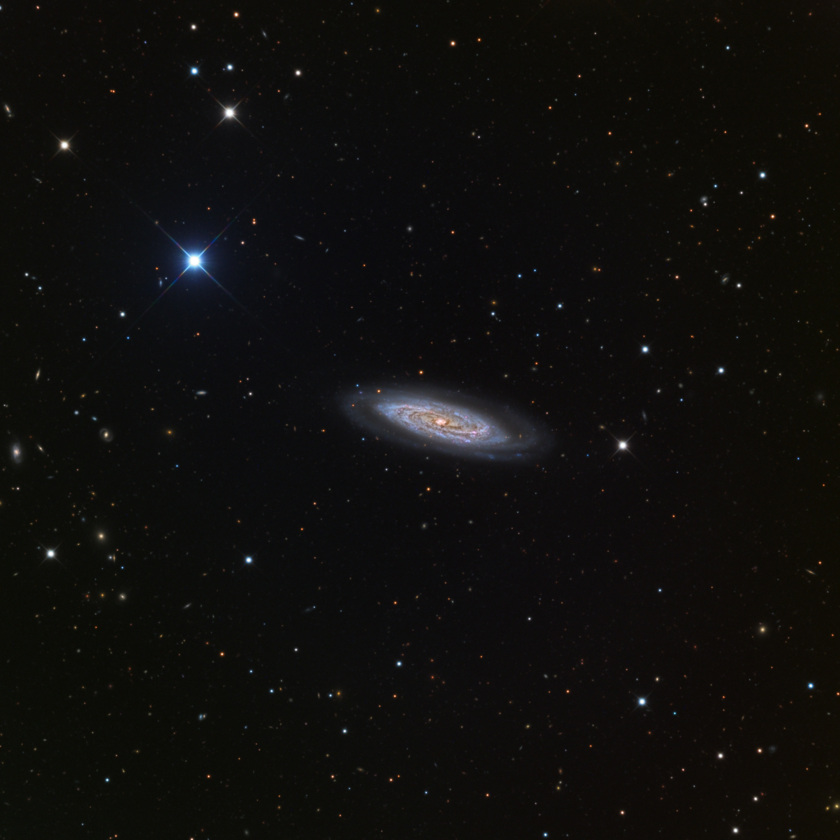 This view of the spiral galaxy NGC 4100 was acquired in February–March 2016. View additional information.

See the larger version of this image (click on the image above) to enjoy the many background galaxies scattered around the field.

Having lived in the northern hemisphere, this object reminds me of the dazzling stars of Orion, Sirius, Capella and others coupled with feeling (very) cold under a dark night sky. And so it is fitting to find in the constellation of Auriga (not far from Capella) a heavenly hearth: 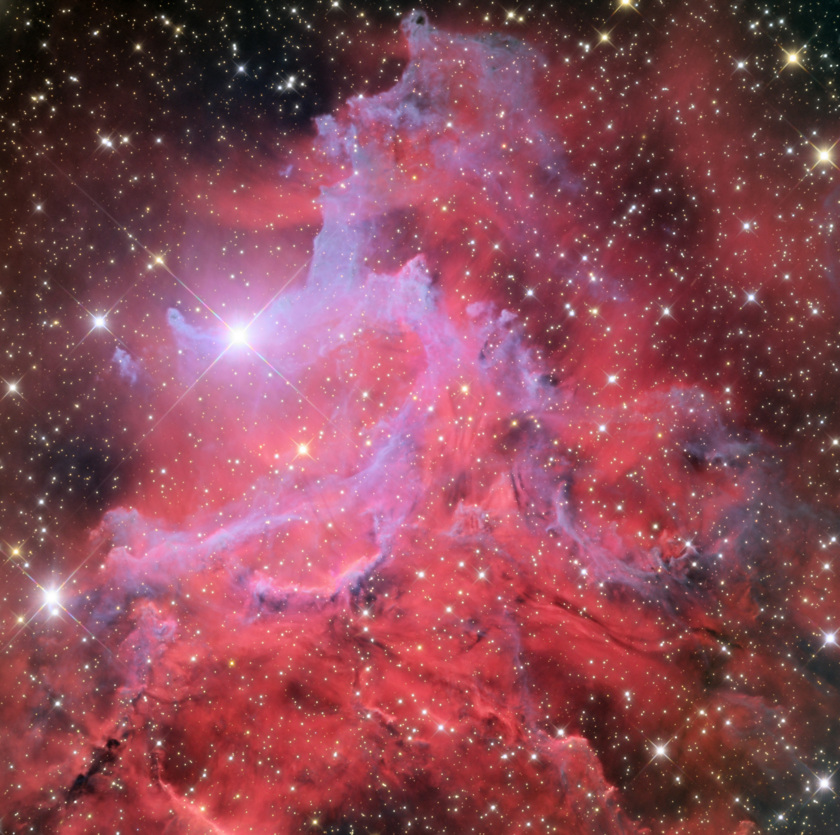 This view of The Flaming Star Nebula (IC 405) was acquired in 2016. View additional information.

And like a typical warming fire which never lasts long enough, this scene is also short-lived. AE Auriga, the bright star near the top left, is passing through and illuminating the environs of gas and dust. The massive star was likely ejected from the Orion Nebula millions of years ago and is now on a high speed trajectory out of the galaxy. However, it will never make it. It is destined to explode as a supernova long before it gets very far. It is star-rocket racing to blossom anytime now...

Wishing all a Happy Thanksgiving and a heartwarming weekend!

All I can say is that they are magnificent pictures and they all deserve to be Astronomy Pictures of the Day.