Pretty Pictures of the Cosmos: The Eye of Sauron

I have not published an image in quite some time, but I do hope to be able to continue to do this in the future. Here NGC 4151 is as menacing with its evil eye as it is majestic with sweeping spiral arms. 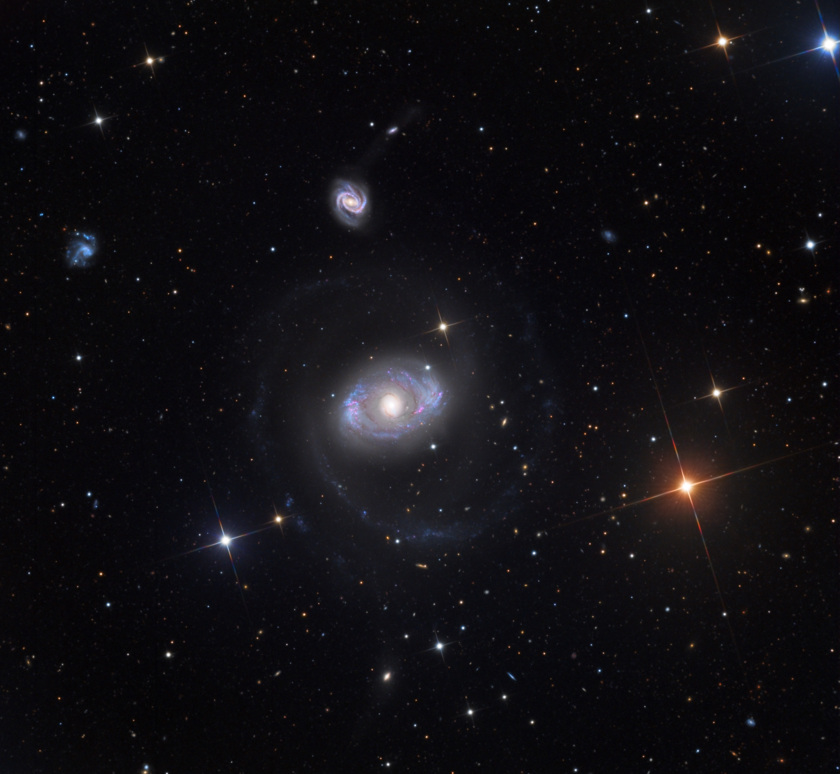 This view of the Seyfert galaxy NGC 4151 was acquired in March 2016. View additional information.

This is one of the first studied active (Seyfert) galaxies and it is thought to harbor a pair of black holes whose combined mass is around 50 million Suns—more than 10 times our own Milky Way's central monster (at 4 million or so). Be certain to look up Hubble Space Telescope (HST) images of the central region of this galaxy and compare with this full color image in order to better understand all of the things this galaxy offers.

Also check out the fine tidal tails of two other galaxies with streams of stars coming out of them. The one towards the top appears to come from another compact spiral in the background- but is probably a chance alignment. A fainter one associated with another satellite galaxy is towards the bottom.