NGC 488 is a beautiful and delicate tightly wound spiral galaxy some 90 million light years away: 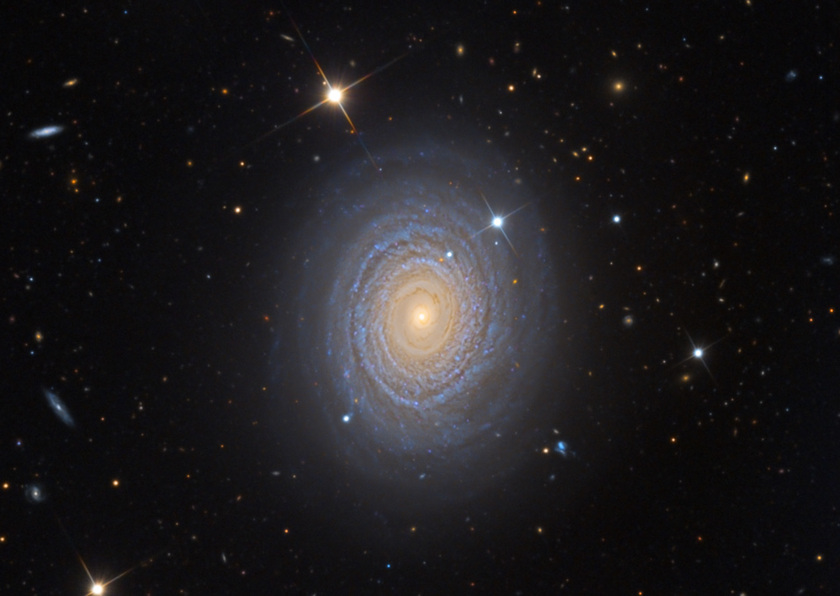 This view of the spiral galaxy NGC 488 was acquired in September–October 2015. View additional information.

Even at this great distance the appeal of this galaxy is in no way diminished. Tightly wound spiral arms seem to merge into delicately woven rings of star formation. Over billions of years this galaxy may eventually quiet down and cease forming the young hot bluish stars and become a more uniform lenticular-like galaxy. As for this moment, this image captures this galaxy at a showy stage and may be one of the higher resolution color images of this popular galaxy currently to be found.

NGC 6118 is a grand design spiral galaxy with prominent, well-defined arms in its disk: 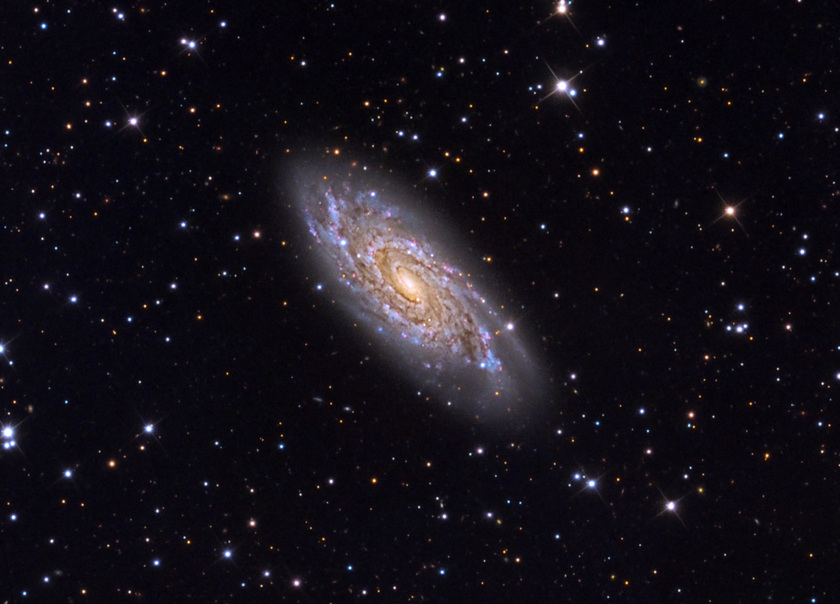 At 80 million light years away it is a bit of a challenge to capture the structure and make for a compelling image. This data was acquired back in 2013. Due to a hard disk failure and loss of calibration files, this image was "reconstructed" by using calibration data of contemporary observing sessions in May of 2013. Some years prior to this picture a bright supernova occurred in this galaxy, but it has since faded and now only a small pink star forming region is visible. Perhaps someday soon another massive star will explode in this galaxy. 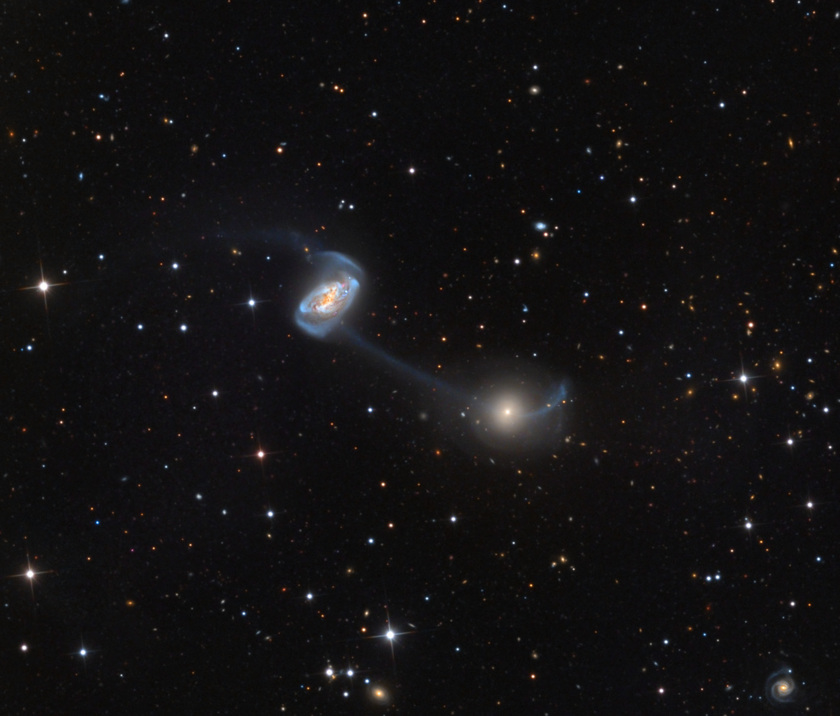 This view of the merging galaxies of NGC 5216 was acquired in May 2015. View additional information.

The dynamics of interacting galaxies are always pretty exciting. In this case a string of stars several tens of thousands of light years long connects these galaxies as part of several tidal tails and bridges. This image, taken last May, is an updated/improved version of one taken five years prior. Unfortunately May had many partly cloudy nights. This data was used in a recent workshop as an example of processing challenging images. This page has my caption from the original story I wrote concerning seeing this nearly identical pattern in a supercomputer simulation. Be certain to click on the link for the YouTube video of the visualization.