If you had eyes like a sensitive camera and you scanned the plane of our galaxy along its spiral arms you might find many scenes like this one: 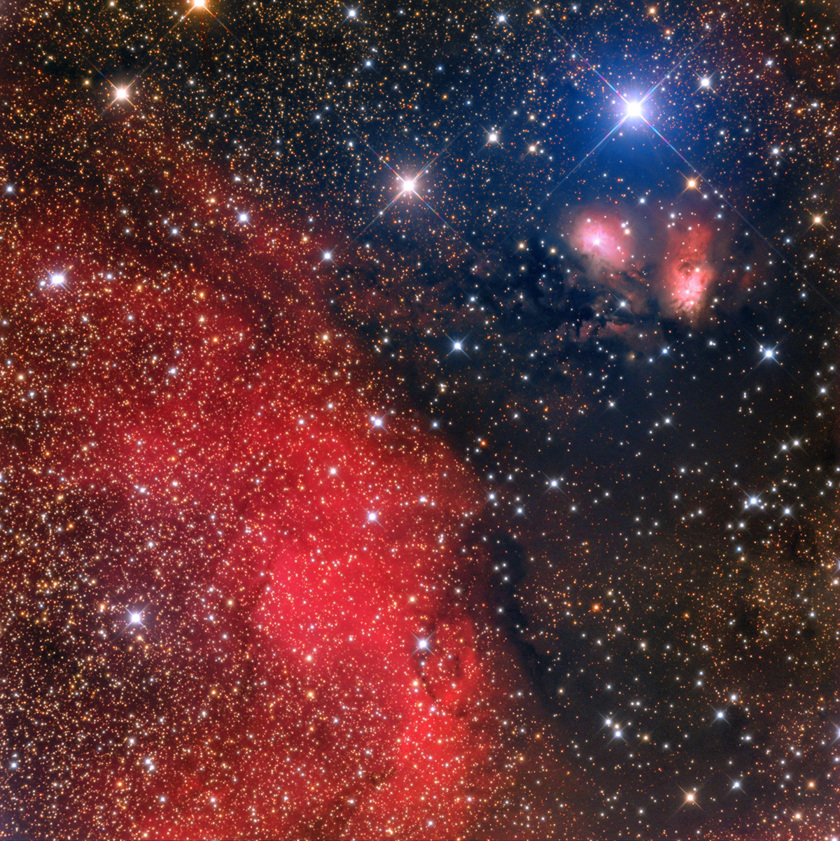 This view of the emission nebula IC 4605 was acquired in March–June 2015. View additional information.

Your gaze would certain find many bright famous nebulae. More common however would be fields like this. Although not well known, there is a quiet and sustaining beauty found here—keeping your attention until you stumble across the nebular citadels of the sky.

Galaxy Zoo is a citizen science project in which avid amateurs scour Sloan Digitized Sky Survey (SDSS) images and classify galaxies by type. In the search through an infinite universe of galactic fuzzy blobs...little known gems capture people's attention. One such object that rates in the top 10 most commented about is NGC 7806: 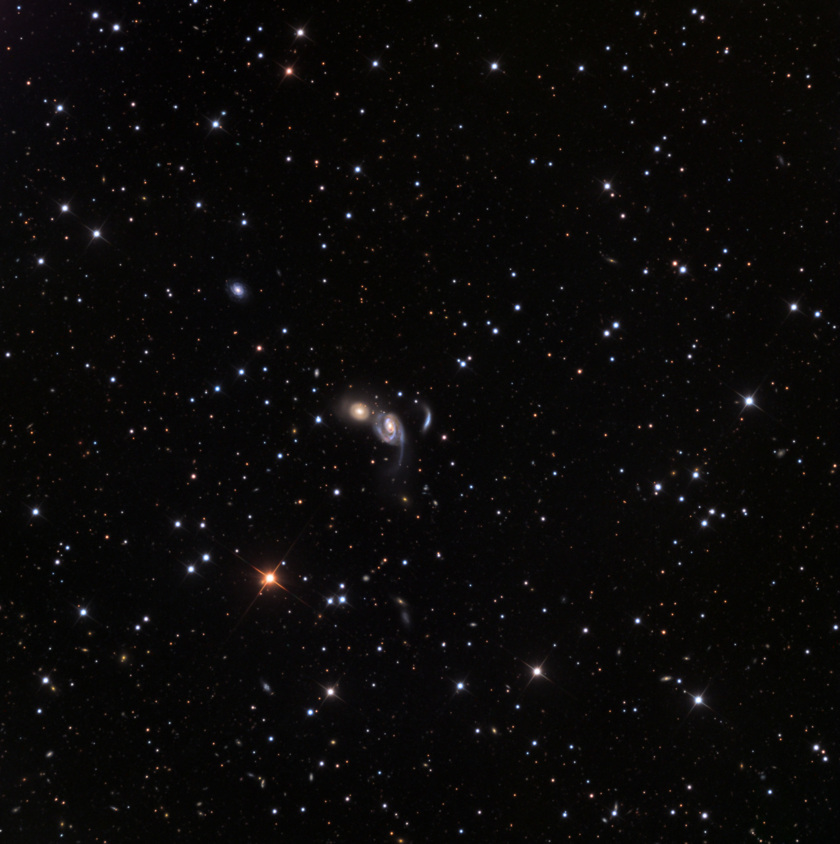 This view of the galactic trio NGC 7806 was acquired in June 2015. View additional information.

Also known as Arp 112, this magical menagerie of interacting galaxies is certain to make people pause as they scan the data. However, other than the SDSS image there are few (any?) full color high resolution images of this object—until now. The Galaxy Zoo blog that describes this object is here.

Interestingly some time ago I took a picture of Arp 148 which also apparently garnered a lot of attention and made top comments as well. As a blast from the past, here is its image: 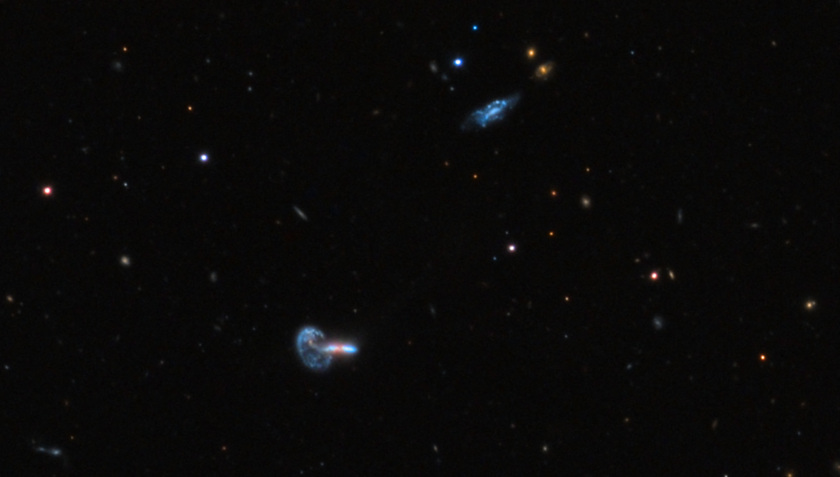 This view of "Mayall's Object" (a pair of colliding galaxies, also known as Arp 148) was acquired in April 2014. View additional information.

Both Arp 112 and Arp 148 appear very small because of their immense distances from us. Based on their recessional velocities, they are 200 million and 460 million light years away respectively.