Pretty Pictures of the Cosmos: Life and Death in the Universe

M77 is one of the most studied galaxies in the Universe as far as humans are concerned. It is also one of the most challenging galaxies to render. The central disk is much much brighter than the outer halo. Few images capture both aspects well. The reason this galaxy gets so much attention by astronomers is that it is a Seyfert (luminous) galaxy with a super massive black hole in the center that is actively feeding on stars...right now...scary right? 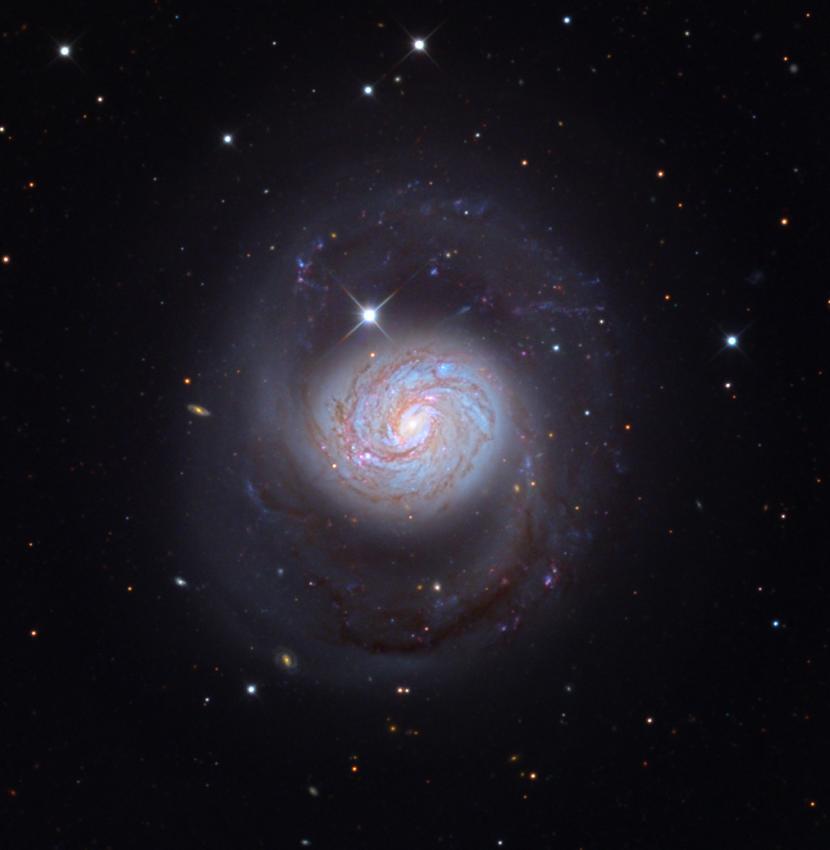 This view of the galaxy M77 was acquired between November 2014 and January 2015. View additional information.

(Remember to click on the image to get to the larger version to see a bit more detail in this wondrous galaxy!)

The sweeping arms of NGC 3359 are full of color with the punctuated pinks of star forming regions against the bluish arms that are filled with energetic young stars. 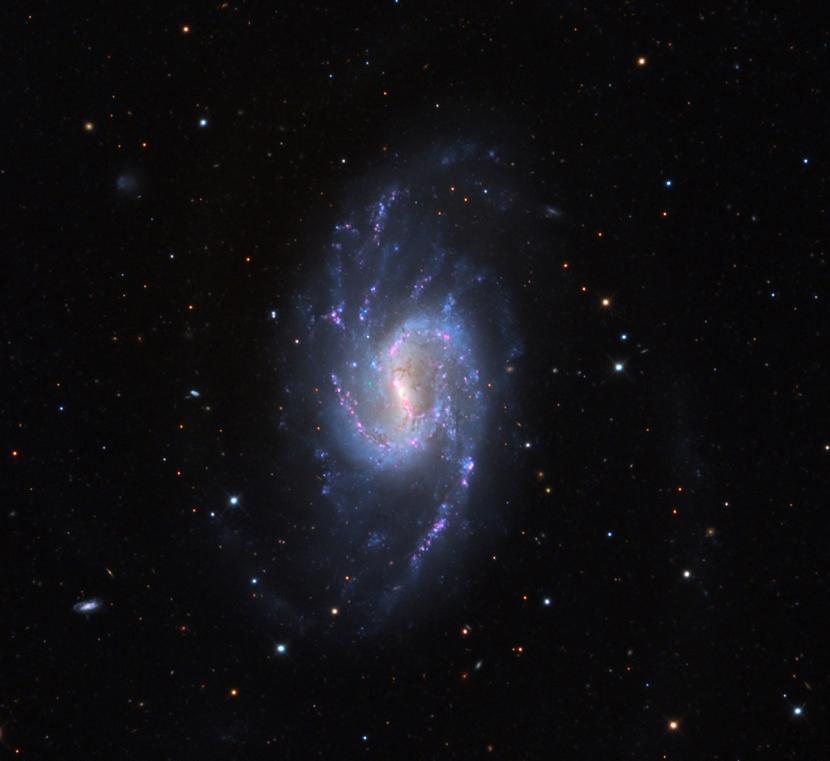 This view of the spiral galaxy NGC 1169 was acquired in March 2015. View additional information.

Although the galaxy is 30-40 million light years away, the brightness, form and "drama" of the galaxy makes it stand out among galaxies at similar distances. Viewers with a good monitor and good eyes will note two very faint arms that wrap around this splendid galaxy.

The large planetary nebula NGC 1360 is the vestige of a star that lived for billions of years. 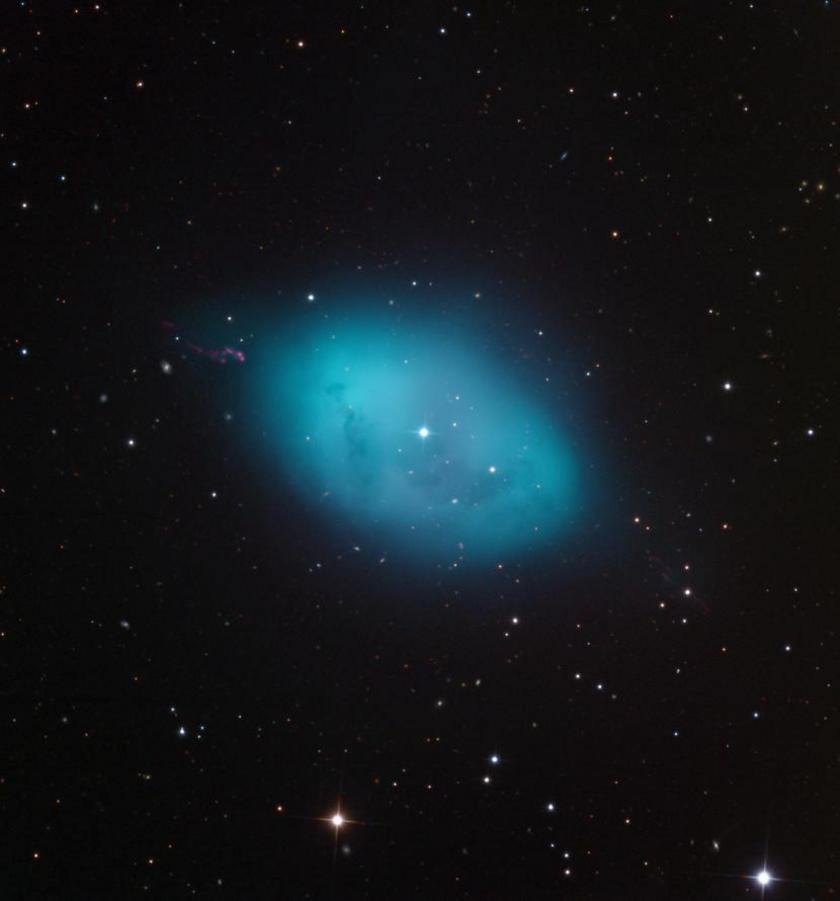 This view of NGC 1360, also known as the Robin's Egg Nebula, was acquired in September and October 2014. View additional information.

Near the end of its life it slowly shed gas through a stellar wind. This latent gas was later compressed by a much faster wind as the star's core became revealed. The fast wind and the gas bubble it created took only 10,000 years to do its work—short compared to the entire life of the star. The gas expands at 35km per second. Notice the red bits along the axis of the ellipsoid—these are softly glowing impulses that are traveling several times faster. Eventually everything will fade and just the white dwarf in the center will remain to cool off for the next many billion years.

Few things are more informative or compelling than contrast. The ability to see the predator about to eat you, the signage on the roadway or the darkening clouds on the horizon may very well be key to your survival. It is no wonder then that when we find contrasting forms and colors in nature we pause and admire them. The field of IC 444, a little-studied region, gives us the contrast we crave. 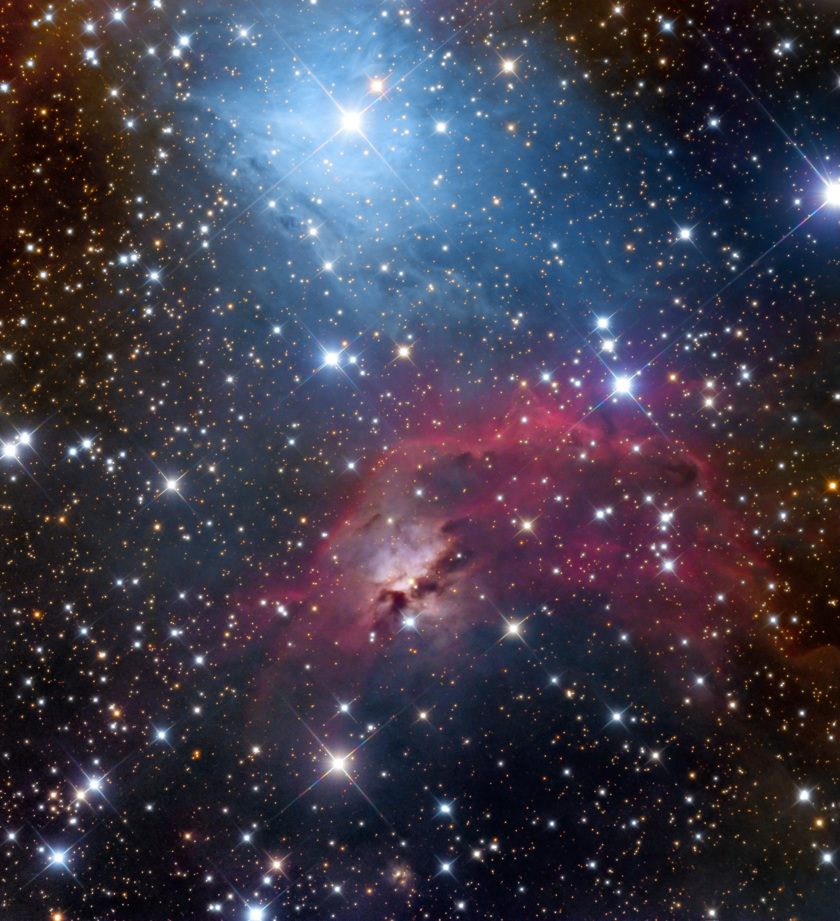 This view of the reflection nebula IC 444 was acquired in January 2014, December 2014, and January 2015. View additional information.

Like fire and ice here we have something sculpted and something tenuous—with the warm and cool colors of better known objects such as the Trifid nebula. The blue veil sparkles due to scattered light from dust and clouds of hydrogen gas glow red from the radiation of newly formed stars.