Pretty Pictures of the Cosmos: Perception

Check out M29 below. For those that are familiar with this open star cluster, someone beckoned to see it is usually prepared to be underwhelmed. Both visually and in images it is certainly pretty but in general does not sparkle in the way other more showy Messier clusters do. Hopefully this deep image adds a bit more interest by showing the dark and bright nebula that pervade this region of sky along the galactic plane and towards the constellation of Cygnus. M29 now seems much connected as being part of the galactic hubbub instead of a paltry sprinkle of stars. 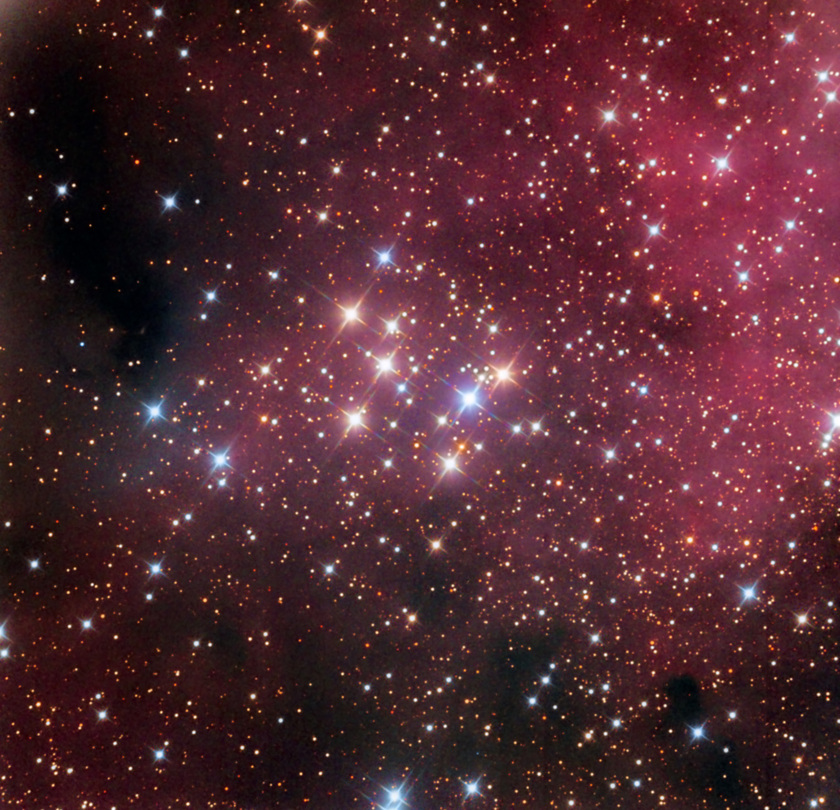 The globular cluster M4 is a grand spectacle by almost any measure: Like any cluster of this kind, it contains more than 100,000 suns that all orbit each other. However M4 is notable because it has a number of things that stand out ("ests") beyond its staggering number of stars. It is one of the closest globular clusters to us which enabled astronomers to detect white dwarfs (remnants of prior suns) in their midst. These white dwarfs are some of the oldest stars in our galaxy still shining after 13 billion years. In addition the cluster even contains pulsars—one of which appears to have a planet orbiting it.

Here is a beautiful pair of galaxies: 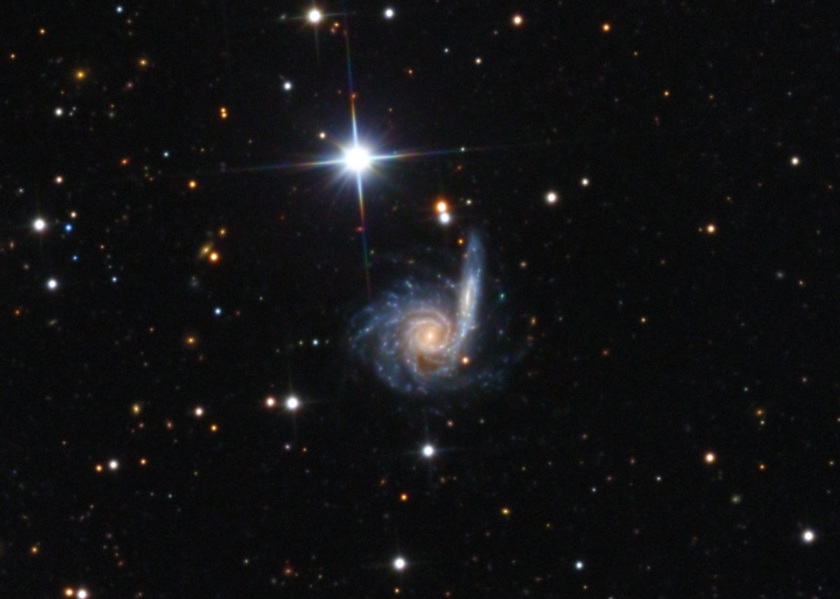 This pair of galaxies was imaged in June 2014. 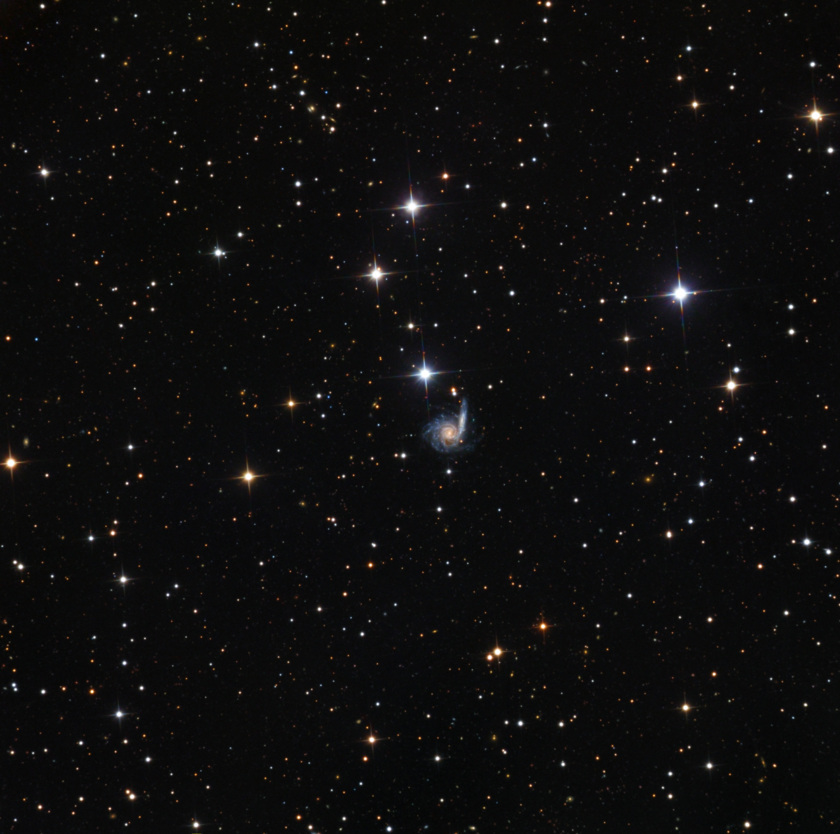 The bright luminaries of the picture are of course foreground stars, and the galaxies, perhaps equal in size to our own, are more than 350 million light years away. At this distance they very small on the sky (about 1 arcminute) such that detailed images of them are difficult to attain. The question this picture poses is one of depth. Are the galaxies actually very close? Since they do not appear grossly distorted a few million light years could very well separate them. The reddened portions of the spiral galaxy also hint that the vertical one is in the foreground. These are the kinds of questions that are answered by more precise measurements that unfortunately a pretty picture cannot reveal. That being said, images like this colorfully highlight the vastness of the Universe.

Just beautiful- this speaks my language.