"May you live in interesting times"- Ancient Chinese curse

We're here at the 2012 Lunar and Planetary Science Conference in Houston, Texas. The night before last, we saw the "NASA Night" presentation, explaining a seemingly inevitable 21% cut to the planetary science budget -- interesting times to be a newly minted Ph.D., to say the least. Afterwards, a group of young scientists (most of us just out of graduate school) met to discuss what we could do both in the near and far term to revive NASA's ability to continue the flagship mission program we would all like to see in our future.

We, like the Planetary Society community, aim to do all we can to change the current planned budget, and build public demand for planetary science missions. We, the young scientists, are the future of NASA, and we are with you. We're still energetic, like to have fun, and have not been jaded by budget cuts just yet. After NASA night, we agreed on some useful first steps: continuing meetings some of our group have had with congressional leaders; providing an internet community; writing for popular blogs and newspapers; and, hopefully, making a few viral videos. We would like to look to the Planetary Society and its members as a source for direction and ideas, and as a means for us to get our messages to the greater public.

We've just started our own Facebook page called "Young Scientists for Planetary Exploration," where we can share ideas.

Within the coming weeks, the proposed budget will be going through both House and Senate subcommittees. Now is the time to write your congressional representatives. Don't simply forward form letters. Now is the time to write deep, heartfelt (but not overwhelmingly long) letters and emails about your personal views on the importance of planetary science. If you need inspiration, we'll share some of our own letters on that Facebook page. Stay tuned there for more on how to get involved! 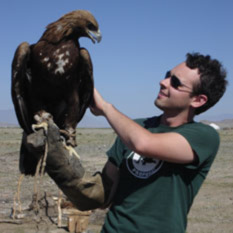