Comparing Chang'e 2 and Lunar Reconnaissance Orbiter maps of the Moon

Recently, the Chinese Space agency released a global map of the Moon with a zoomable interface that would be familiar to anyone who uses popular terrestrial online maps like Google Maps, Yahoo Maps or Bing Maps. You click on the map or use a sliding control to zoom in, drag on the map to move around within it - it has become a very familiar and intuitive interface. In fact it's so useful that it is now being used for several different planetary datasets. There's one for Mercury, one for Mars, and a great one for the Moon. That last one, called Quickmap, consists of images from the Lunar Reconnaissance Orbiter Camera (LROC), including a global map made from LROC Wide Angle Camera images with a resolution of about 100 meters and, if you zoom in enough, closeups made with the LROC Narrow Angle Camera with a resolution of about 50 centimeters wherever they are available.

The inevitable question is: how does the LRO lunar map compare with the new Chinese product?

The Chinese map is made with images from Chang'e 2, the orbiter launched in October 2010 and currently stationed at the Sun-Earth L2 Lagrange point. It spent eight months mapping the Moon, collecting images for this global map and higher resolution views of potential landing areas for the first Chinese lunar lander, especially in Sinus Iridum. The highest resolution images are not incorporated into this 50-meter-resolution map yet, but perhaps that will happen later. Reports have stated that the global mosaic has a resolution of about 6 m/pixel. If that is correct, we do not yet have access to the full resolution dat

The best way to compare maps is to look at the same area in both data sets, so I made a few comparison images. The first one is an image of a chain of elongated pits in Mare Tranquillitatis just east of Sosigenes crater at 8.4 north, 19.0 east.

I'm interested in this area because LROC narrow-angle images reveal odd features on its floor, strange sharp-edged hollows with mottled floors which resemble the famous Ina (or D-Caldera) depression discovered in Apollo images. These pits are smaller but similar, and I have to wonder if they are also similar to the hollows recently revealed on Mercury. The LROC image shows the pit chain partly covered by a narrow angle image which shows the hollows very clearly. The rest of the big pit and a smaller pit are only seen in the main mosaic from the Wide Angle Camera, and there wouldn't be much evidence of unusual markings in the pit if that's all we had.

The Chinese map looks different. It lacks the detail of the narrow-angle LROC images, but it shows more than the wide-angle LROC. Compare the two carefully - the Sun is at a higher angle in the Chinese image, so shadows are missing and topography is harder to interpret, and the range of grey shades is more limited, suggesting the original images had a lower bit depth. But resolution is clearly higher, about twice as high as in the NASA map. There's a real hint of something odd about the floor of the depression which LROC's wide angle images do not pick up.

The second comparison is a place I originally looked at because I thought it might be another of those odd hollows. It is in northern Mare Imbrium very close to the highland boundary at 48.1 north, 23.4 west, and it shows as a little white smudge in LROC wide angle images.

Narrow angle images just graze the western edge of it but don't reveal its nature. The new Chinese map shows quite a bit more detail, again maybe half the pixel size or a bit better. The smudge looks to me like a very shallow hill, a bit of the adjacent highlands almost submerged beneath the dark lava of Mare Imbrium. Probably not a hollow this time! Too bad. Incidentally, the left side of the LROC mosaic shows one problem with the current version of Quickmap. The narrow angle image strips don't match very well. Some craters show up twice, others must be missed altogether, as the images don't overlap properly. If you want to see the original images, or all the overlapping images, just select the search tool, the magnifying glass at upper right. Click where you want on the map, or drag out a box, and all images at that location will appear in a list, with clickable links to fully zoomable versions of those images in a new window. Click back on the map navigation icon to escape that search function. You can do the same on the Mercury Quickmap, but you only get a link to a raw data download which needs a bit of extra skill to use.

A crater about 3 kilometers across dominates the scene, but look first at the smaller craters on the plains outside it. They are clearer in the Chinese map than the NASA map, showing a resolution improvement by about a factor of two. But the big crater looks different as well, because of a different lighting angle. The higher sun in the Chang'e 2 images allows the entire crater interior to be seen, whereas part of it is hidden by shadow in the LROC mosaic. This comparison is a bit misleading, because LROC WAC images are available at multiple lighting angles. It would be possible to make a WAC global mosaic with high sun images, or morning or evening images, in addition to the current version, which is a combination of images at many sun angles. But for what we have now, there are differences in lighting between the two maps. The Chinese mosaic will be less obscured by shadows near the poles than the NASA mosaic.

What should we take from these comparisons? Both online lunar maps are good in their own ways, and anyone interested in this kind of virtual exploration of the lunar surface would probably want to use both of them. There are also some examples of higher-resolution Chang'e 2 images here and here. At the second link, the thumbnails don't link to larger images as you might expect, but if you right-click on them and save the images they save at a much larger size. It would be really nice to see some of the higher-resolution coverage incorporated into the new Chinese map eventually, but even without that it's more than just a duplicate of the LROC map. Go explore the Moon and see what you can find. 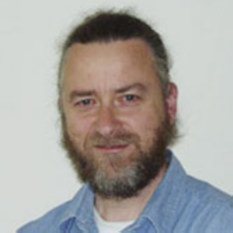 i can't seem to get the searchable chang'e-2 image player to download. it just keeps spinning asying loading but nothing ever happens. any advice?

I just tried it and it worked fine for me after a little delay.