Searching for one planet, finding another

Some parallels exist between Odysseus' journey and the discoveries of exoplanets. What initially started out as a well-planned trip from Troy back to Ithaca, turned into a series of rather unfortunate events, with episodes of fighting Cyclops and having your crew turned into swine. The latter must have been a real bummer. However, the legend ends quite well for Odysseus after he is reunited with his wife, Penelope. Indeed, the overall theme of knowing roughly what you're looking for, and finding something wildly different, is common to both tales.

Exoplanets are usually discovered either by the radial velocity method or the transit method. To detect exoplanets with the radial velocity method, astronomers track the wobble of the host star that arises from gravitational interactions between the star-planet pair. Using the transit method, astronomers wait for a planet to pass through the line of sight between the host star and the observer on Earth. 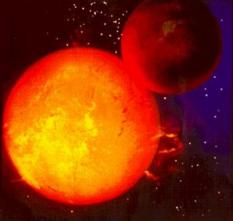 51 Pegasi and its planet

Detected in 1995 by Michel Mayor and Didier Queloz of the Geneva Observatory, the plnaet orbiting 51 Pegasi was the first exoplanet found orbiting a main sequence star.

Interestingly, although the existence of exoplanets was not confirmed until the mid 1990's, planet searches using both of the above mentioned methods had been proposed as early as 1952. Sure, the needed precision to detect most of the current aggregate was not available in the early 1950's. Even by the late 1970's, the technology was not thought to be fully there: the best spectrographs had a precision of about 100 meters per second -- which is only precise enough to detect a Jupiter-mass planet orbiting the Sun at a few hundredths of an astronomical unit. What kind of a self-respecting jovian planet would orbit its host-star with a period of only a few days? It must have seemed impossible.

It wasn't until the 1980's, when the resolution was increased to about 15 meters per second, that planetary surveys seriously began. The reason 15 meters per second is the magic number is actually rather straight-forward: that's roughly the radial velocity signal of Jupiter on the Sun. Indeed, if one assumes that the solar system is the "norm," then the correct strategy to find exoplanets is to observe a couple times per year, over a couple of decades (the orbital period of Jupiter is about a decade). Furthermore, the core accretion model for planetary formation suggests that jovian planets form a few astronomical units away, beyond the so called "ice-line," where the planetary cores can coagulate. Seems reasonable.

Of course, the first confirmed exoplanet around a main-sequence star, 51Peg, was nothing like any planet in our solar system; it was a "hot" Jupiter-mass planet on a ~3-day orbit.

Surprises continued. The orbital characteristics of newly-found systems turned out to be considerably different from the solar system's nearly-coplanar, nearly-circular collection of planets. Furthermore, over time it became apparent that hot planets form a whole class of objects rather than an anomaly, and that stacks of terrestrial planets can also reside on close-in orbits. 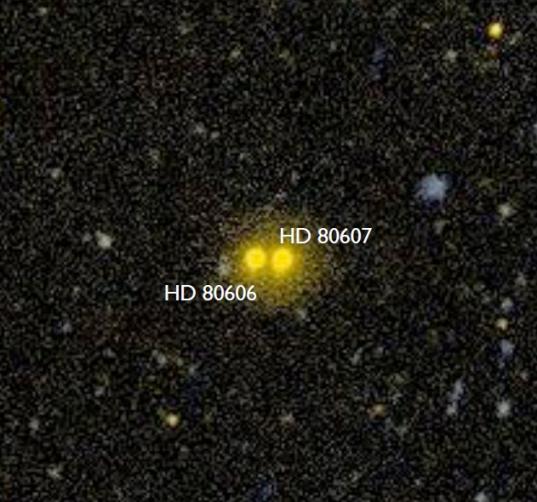 Perhaps one of the wildest planetary detections was that of HD80606 b. Similar to 51Peg, this 4-Jupiter mass planet also gets close to its parent star, but only during its once-a-year visit, thanks to its highly elliptical orbit. Its semi-major axis of roughly half an astronomical unit and very high eccentricity of 0.93 [eccentricity ranges from 0 for a circular orbit to 1 for a parabolic orbit -- ESL] imply that the atmospheric equilibrium temperature varies between 400 K and 1500 K over a single 111-day orbital period. This makes for quite a "year." Furthermore, on HD80606 b, once summertime is approaching, it's approaching FAST, since orbital motion sweeps out equal orbital area per unit time. This means that the whole periastron passage happens in a mere day or so. Luckily, the planet transits its parent star, allowing for the Spitzer telescope to directly observe its atmosphere. Such measurements (made in 2009) suggest that during the periastron passage, the surface temperature rises from 800 Kelvins to 1500 Kelvins in just 6 hours, once a year. The resulting flash-heating of the atmosphere brews high-powered storms that send shock-waves across the planet.

Hydrodynamical simulations of shock-wave storms on HD80606b, one of a binary pair of stars

HD80606b owes its magnificent climate to its extreme eccentricity. Yet standard planetary formation theories almost never produce such near-parabolic orbits. Thus, it is reasonable to assume that HD80606b acquired its large eccentricity post-formation. In fact, the answer almost certainly lies in the planet's gravitational interaction with HD80607, a binary stellar companion to HD80606, at an orbital separation of about 1000 astronomical units.

The mechanism by which a planet in a binary stellar system can become star-grazing is a Kozai resonance. Comets in the solar system become sun-grazing by the same mechanism. In a Kozai-resonant system, the orbit of a small body can be dramatically changed when perturbed by a much more massive one. The torques that the massive stellar companion exerts on the orbit of the planet causes the planet's orbit to trade eccentricity for inclination, and vice versa -- that is, an object with an inclined but circular orbit can be shifted so that it has a less-inclined but much more elliptical orbit, and the reverse.

So, if the proto-planetary disk in which HD80606b formed was very inclined with respect to the orbital plane of the stars, the Kozai resonance is a natural explanation for '606b's monster eccentricity. Awesome!

Except for one caveat. Here is the logic: if the planet can undergo Kozai cycles with the binary star, so can the material in a star's proto-planetary disk. After all, from a dynamical point of view, it makes little difference whether you are a planet or a dust mote -- either way, you are a particle whose orbit is a Keplerian ellipse. If stuff at varying locations within the disk differentially undergo Kozai cycles, the structure of the disk becomes twisted. But when planetesimals' orbits are made more eccentric, that makes encounters between planetesimals much more energetic, leading to destruction of protoplanets, rather than coagulation into one big planet.

So how the heck did HD80606b form? Here, our understanding is incomplete, and the research area is active, to say the least. In fact, simply browsing the Astrophysics Data System (a digital library for abstracts of publications in astronomy, planetary science, and astrophusics), I found 12 scholarly articles published on the subject in the last 3 years. Some proposed ideas include viscous dissipation inside the disk, and short planetary formation timescales. However, the problem remains. At the end of the day, my intuition is that (like most things) the solution will lie in the context of a simple physical mechanism that is being consistently overlooked. Time will tell. 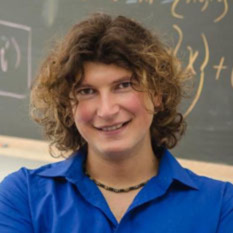