Planetary Society volunteer Ken Kremer is reporting for us from the Kennedy Space Center, where he will watch the launch of Space Shuttle Atlantis set for Monday, November 16. Kremer is a research scientist and freelance journalist who spends his spare time giving public outreach presentations on behalf of The Planetary Society as a volunteer and NASA's Jet Propulsion Laboratory as a Solar System Ambassador. He also enjoys creating Mars mosaics. Thanks Ken! —ESL

Under overcast skies and unusually cold Florida weather, the six man astronaut crew of STS 129 flew into Cape Canaveral on November 12 aboard a NASA Gulfstream II jet. The primary goal of the STS 129 mission is to deliver critical spare parts to the International Space Station which cannot be transported by any other existing launch systems besides the Space Shuttle.

As I stand at the KSC press center at L Minus 4 days, the launch phase has begun for STS 129 on this 6th remaining shuttle flight before marking the end of the space shuttle era. Since my last trip here for the STS 125 Hubble repair mission in May 2009, historic changes are rapidly unfolding at the launch pads and environs of the Kennedy Space Center. The entire future of US human space flight hangs in the balance, awaiting decisions by President Obama which will determine the US destiny in space for decades to come.

The Ares 1-X test rocket roared off Launch pad 39 B less than 3 weeks ago on 28 October 2009. The spectacle rivaled a shuttle launch in sound and fury despite being less than 1/3 of the liftoff thrust. No one knew exactly what to expect and no one knows for sure if the Ares 1 rocket program and Project Constellation will continue on course or be radically altered. Stay tuned. 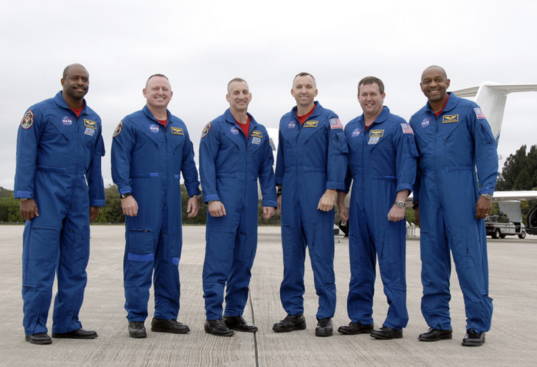