Slava Linkin, one of the leading planetary scientists in the Soviet Union and later Russia, passed away on 16 January 2019. Viachelslav Mikhailovich Linkin was an enormously important participant in Planetary Society history. He was deeply involved with The Planetary Society from 1984, when the Soviet Union flew their two Venus-Halley (VEGA) spacecraft past Comet Halley, to 2005, when we worked together to fly the first solar sail spacecraft, Cosmos 1. In between, he created international cooperation on Society projects. He played crucial roles in Mars balloon and Mars rover testing, the inclusion of Visions of Mars on the Mars ‘96 project, development of the Mars Microphone, and on the Cosmos 1 solar sail. 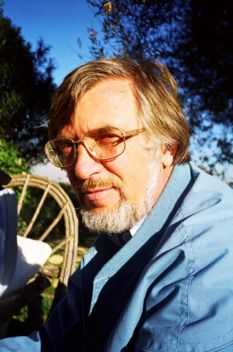 Dr. Linkin earned his Ph.D. from Moscow State University and spent nearly all of his professional career at the Space Research Institute of the Russian Academy of Sciences (IKI). He contributed to many Soviet planetary missions: missions to Mars, Venus, Halley’s Comet, and to the Martian moon Phobos. He helped develop their Venus balloon and then participated in the extraordinary redirection of one of their Venera (Venus) missions, which made the Venera-Halley mission the first spacecraft to visit a comet. He was the principal investigator for the Venus balloon on that mission.

Academician Roald Sagdeev, director of IKI, first introduced me to Slava during preparations for the VEGA mission. It was the beginning of a lifelong friendship for me and our families. It was also the beginning of a period of extraordinary change in the Soviet Union, from a closed society to “glasnost,” a much more open one. Slava and his colleagues at IKI led the way for Soviet space science to develop international cooperation with the United States and Europe on planetary missions. He travelled frequently to the United States to meet with us, attend scientific meetings, visit NASA, and once (during G. H. W. Bush’s presidency) quietly met with White House officials to discuss space cooperation.

Through his efforts, The Planetary Society became part of an international team, along with members from the Soviet Union and France, which adapted the idea of planetary balloons from Venus to Mars. With Slava, his close colleague Viktor Kerzhanovich, former Society Advisor Jacques Blamont, and a Planetary Society team including Bruce Murray, Bud Schurmeier, Tom Heinsheimer, Jim Cantrell, George Powell and others, we tested Mars balloons in the Mojave Desert as well as in Soviet Lithuania in the late 1980s (see The Planetary Report, vol. 8 no. 5, page 7).

As interest in Mars surface mobility shifted to planetary rovers, Slava led Russian teams developing instruments and testing various concepts for Mars rovers, or Marsokhods as they were called in Russian (TPR 12:6, p.12). Slava helped lead the science planning for what became the Mars ‘96 mission and was the principal investigator for small landing stations that were included on that project. In that capacity, he invited The Planetary Society to contribute a novel outreach payload component: a mini-DVD containing works of science fiction, destined to become the first library on Mars. The literary collection, Visions of Mars, did eventually make it to the Martian surface aboard NASA’s Phoenix lander.

Slava earned a medal for his heroism from the Soviet Union following the nuclear disaster at Chernobyl. He personally flew in a helicopter over the melting core of the nuclear reactor to precisely drop one of his landing sensors, developed for Mars missions, to attempt to measure core heat and radiation. As one of our friends at the Jet Propulsion Laboratory (JPL) said afterwards – “we shook his hand, and then washed ours.”

In 1999 Slava came to The Planetary Society with an offer: they would launch and help develop the spacecraft to fly the first solar sail, if the Society could arrange to provide the sail and key components of the payload, including the camera. Thus was born the Society’s Cosmos 1 Solar Sail project, whose legacy now lives on with LightSail.

On a personal note, Slava formed many friendships in the United States and Europe and was widely admired in the space science community, not just for his science, but also for his efforts in international cooperation, and for his humanity. But no friendship was greater than my wife’s and mine for Slava and his family. We formed close family bonds and vacationed together, first camping in the Soviet Union and then in the U.S. He opened his home to us. His wife Nina, daughter Katya, grandson Peter and granddaughter Lisa became part of our family, and our sympathy goes to them. All of us at The Planetary Society will miss him. 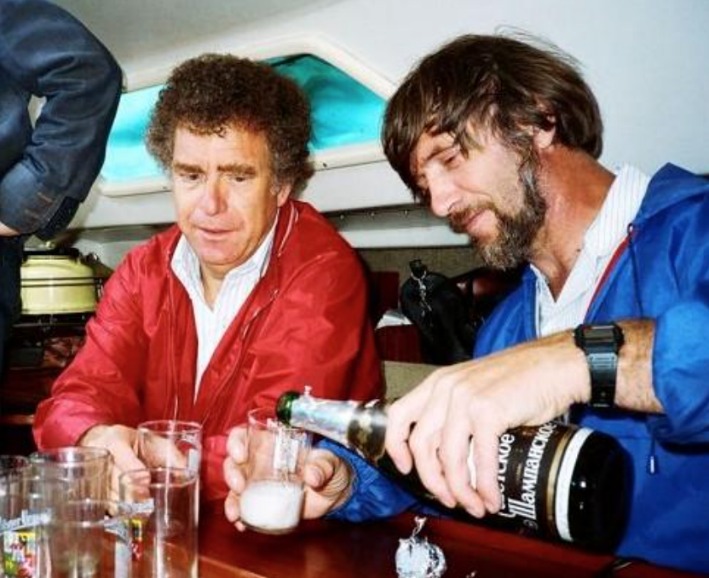