Imagine, for a moment, that the sun unleashes the strongest solar flare humanity has ever seen. Then, a coronal mass ejection (CME) event follows, releasing a high-velocity stream of magnetized plasma that slams into the Earth’s protective magnetosphere. The resulting shockwaves propagate through the near Earth-space environment, jolting communications satellites, low-Earth orbit (LEO) satellites, global positioning system (GPS) satellites, and the International Space Station. Radio communications cease, electrical transmission lines fail on the Earth’s surface, and the world fades to black.

This is, of course, an extreme scenario—we are unlikely to experience an apocalyptic global blackout, even with the strongest solar flare. Yet, the idea that flares and CMEs can disrupt human activity on Earth and space is not fiction, and it does happen with significant frequency. Any electric circuit in space is vulnerable to CMEs of measurable magnitude, which means it is in society’s best interest to understand how this kind of “weather in space” affects those circuits, namely those belonging to satellites. We increasingly depend on communications and imaging satellites to tell us where we are, guide us to new places, and show us what kind of thunder storms are headed our way.

To begin understanding space weather, it helps to understand the upper layers of the atmosphere and the near Earth-space environment. 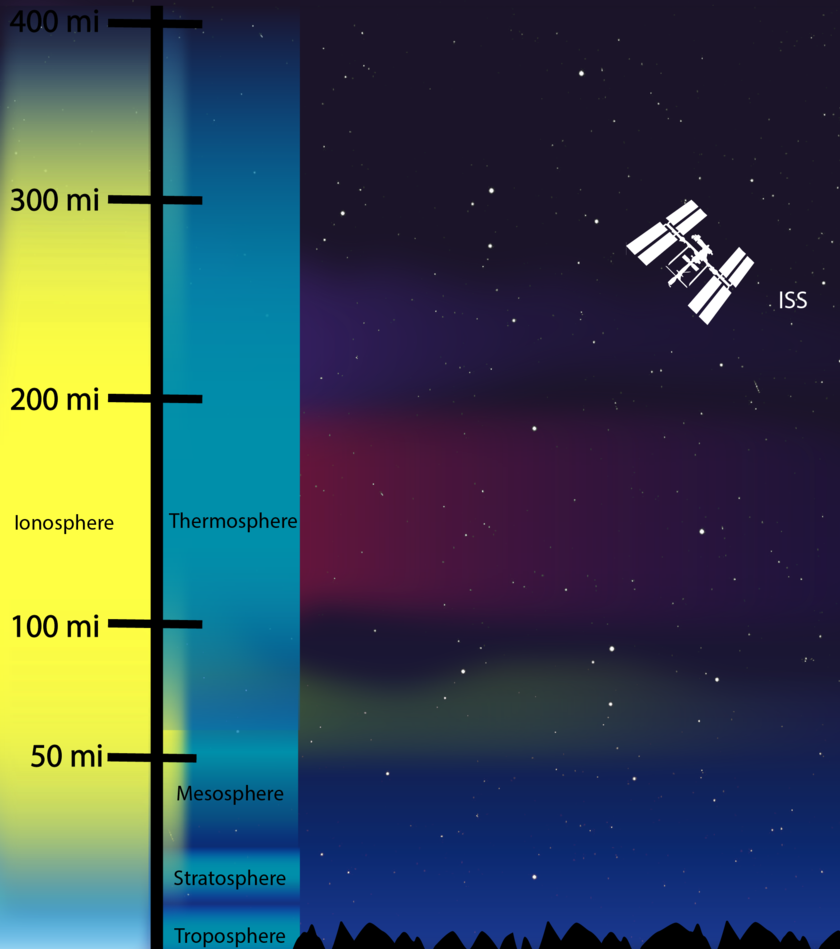 The structure of the atmosphere

While we can measure properties of these upper layers using ground-based instruments, satellite-borne remote sensing instruments can give us a more frequent, global, and often higher spatial resolution perspective. And that is precisely what NASA’s Global-scale Observations of the Limb and Disk (GOLD) mission will deliver.

Illustration of SES-14, the satellite that hosts NASA's GOLD instrument

Led by the Laboratory for Atmospheric and Space Physics (LASP) at University of Colorado-Boulder, with the University of Central Florida as a partner, GOLD’s goal is to observe the interactions between the ionosphere and thermosphere and answer a few key questions:

Large events in the lower atmosphere, like hurricanes and tsunamis, can create atmospheric waves known as gravity waves that propagate into the ionosphere and beyond. Because the density of the atmosphere decreases with increasing altitude above the ground, the amplitude (or, magnitude) of these gravity waves can increase exponentially as they propagate upward. Further, above the thermosphere, energized particles and solar storms carry electric and magnetic fields and can disrupt the upper atmosphere, including the ionosphere. What kind of an effect do all these things have on us?

So far, we know that 1) there is a relationship between gravity waves in the lower atmosphere and in the upper atmosphere, and 2) this relationship leads to the exchange of natural and human-made chemicals between the layers of the atmosphere. However, overall, most effects are not well-understood, which is why GOLD is so important. All of these factors make it very difficult to predict changes in the ionosphere, yet these changes have an impact on satellites in the near Earth-space environment. With GOLD data, scientists can improve space weather forecasting models and better understand what effect all of these factors have on the satellites on which we rely.

What kind of data will GOLD provide scientists, and what can scientists glean from these data? GOLD is an imaging spectrograph, which is a kind of instrument that breaks light (electromagnetic radiation) down into its component wavelengths and measures their intensities. In particular, GOLD will focus on the UV region of the electromagnetic spectrum, because the interaction between UV radiation and particles of different composition provides information about temperature and relative abundance of different kinds of particles—such as, for example, atomic oxygen and molecular nitrogen. By observing these particles and determining their abundance, scientists can determine how such particles affect ionospheric conditions. 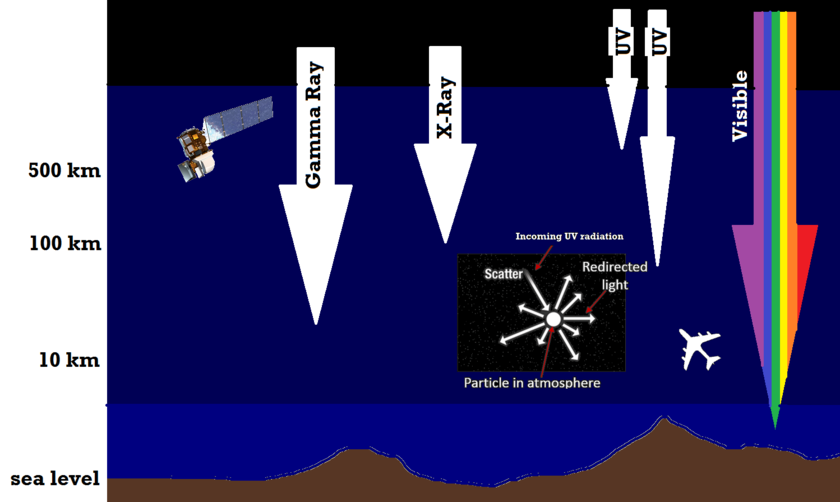 Electromagnetic radiation interacting with the atmosphere

UV radiation enters the atmosphere and is scattered by particles back to space and forward to the surface. Depending on the amount of back scattering a satellite observes, scientists can determine what kind of particle interacting with the radiation.

Another unique aspect of GOLD is that it will be in geostationary orbit (GEO), approximately 22,000 miles (mi) or 35,400 kilometers (km) above the Earth. This orbit is called geostationary because objects in this orbit rotate with the Earth, such that the point directly below the object (called the nadir, for satellites) appears to be fixed, relative to the object. Further, objects in geostationary orbit are directly above the Earth’s equator at an inclination (or, angular deviation from the equator) of zero degrees.

Weather satellites are typically in GEO, allowing them a full-disk perspective of the Earth. This means these satellites can see one entire face of the Earth at once. GOLD will, therefore, produce full-disk UV imagery that shows the type and abundance of atmospheric particles across half the globe at any given time. 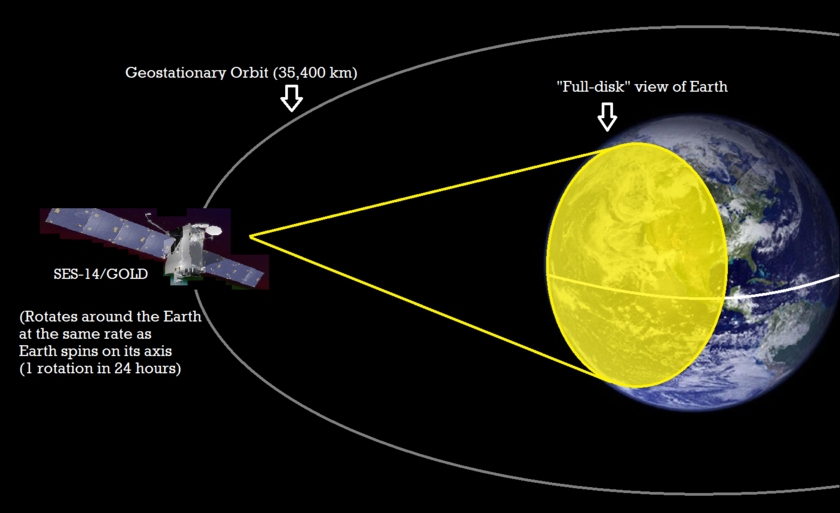 SES-14 in GEO, capturing a full-disk image of Earth

GOLD was launched on January 25, 2018 from Kourou, French Guiana on an Arianespace Ariane 5 rocket as a payload on a communications satellite, built by Airbus, called SES-14. Not everything went according to plan, however. A few seconds after the rocket’s upper stage ignited (about 9 minutes after launch), telemetry ceased and Ariane 5’s tracking center in Brazil lost contact with the rocket. Presumably, 27 minutes into flight, the SES-14 satellite separated from the rocket successfully, but ground stations could not communicate with SES-14 until 90 minutes later. And where was SES-14, in the end? Not where it was supposed to be.

On its way to GEO, SES-14—as with most GEO satellites—must be placed into a temporary orbit known as the Geostationary/Geosynchronous Transfer Orbit (GTO). From there, it must make its way to GEO through a series of maneuvers that include circularizing its orbit and reducing the orbital inclination to zero degrees. The larger the initial inclination of the spacecraft in GTO, the greater the change in trajectory the spacecraft must make (as a side note, this is why we usually launch geostationary satellites from the equator). 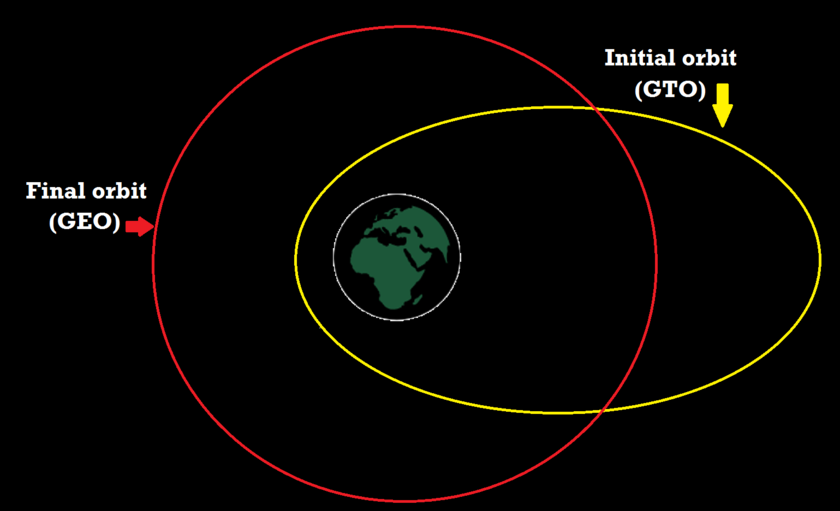 Schematic of GTO and GEO orbits

How will SES-14 make up for the unfortunate change in its GTO to make it to GEO? The short answer is: electric propulsion. In electric propulsion, xenon gas is ionized and accelerated in an electric field, then ejected at a high speed using electric power supplied by solar cells. This kind of propulsion is already used on most satellites to make minor changes in spacecraft position or in orbit, while chemical propulsion is generally used for larger movements. SES-14, however, is a completely electric satellite (with no chemical propellant), so it must rely on the electric propulsion system to change orbit. This will require a long period of thrust and slow acceleration, meaning that it will take SES-14 3-6 months to arrive in GEO. On top of that, it is expected to take an additional 4 to 4.5 weeks to correct for adjustments made by the launch anomaly.

Good luck, SES-14! We’re looking forward to GOLD’s UV measurements of the atmosphere and a better understanding the dynamics of the upper atmosphere and near Earth-space environment. In the meantime, if you want to track SES-14, here’s a couple ways to do it, or if you’d like to learn a bit more about some of the terms involved in discussing orbits: 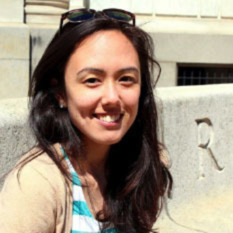 I like that NASA is now seriously involved into checking our atmosphere and the effects of the massive pollution made by people on it. I think that the high level of air pollution (https://www.alternative-energies.net/air-pollution-causes-effects-solutions/) produced by the developing countries in Asia, Europe and America can be seen from the space.