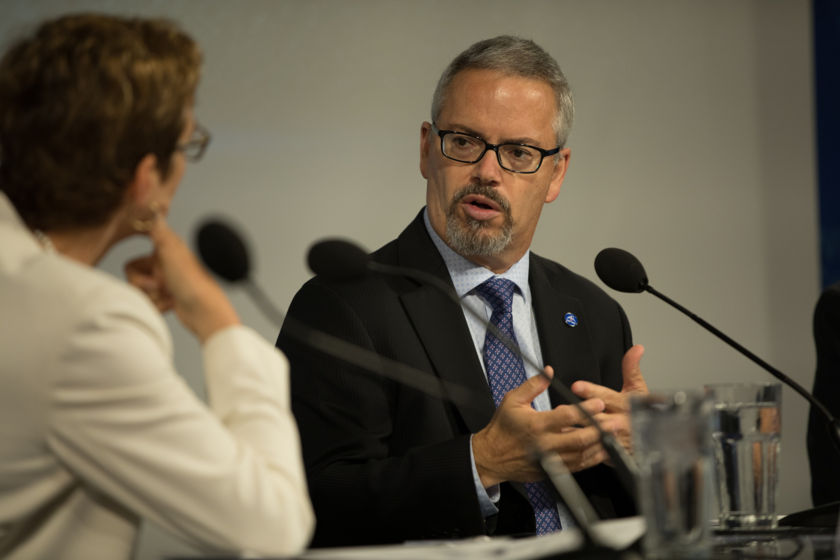 In Washington and Ottawa this week, much attention has been on the heated renegotiations of the North American free trade agreement (NAFTA). The customarily rock-solid relationship between Canada and the United States has recently been shaken.

On 7 September, down the street from the NAFTA meetings in Washington D.C., the Canada Institute at the Woodrow Wilson International Center for Scholars hosted a meeting of many thought leaders from both countries to discuss a parallel point of uncertainty in the Canada-United States relationship: collaboration in space. The title of the day-long meeting in Washington was “Over the Horizon: A New Era for Canada-U.S. Space Cooperation?” -- emphasis on the question mark.

Canada and the United States have a long history together in space. Canada’s first satellite, Alouette 1, launched on an American rocket. The Apollo 11 lander touched down on the surface of the Moon on Canadian-made legs. The International Space Station (ISS) could not function without its Canadian robotic components, and Canada’s astronauts would have nowhere to go if it weren’t for the ISS.

The future of the Canada-U.S. space partnership is uncertain. NASA is moving forward with plans to send humans to the Moon and eventually on to Mars, but Canada has yet to decide whether or how it will participate. Canada’s investment in space has been declining for years, allowing our space industry to lose people and companies to the U.S. and other countries with more thriving space sectors. As many nations are increasing their investments in space, Canada risks falling behind the rest of the world’s progress.

At the Wilson Center meeting in Washington D.C., top-level U.S. space leaders -- including National Space Council Executive Secretary Scott Pace -- clearly stated that the United States wants to maintain our collaborative relationship in space. The U.S. is still holding a place at the table for Canada to join the Gateway station in lunar orbit and other major international exploration missions. We just need to step up.

There is still time, and there is still hope that Canada won’t be left out. The Canadian space community is rallying around the common message that the Government of Canada must take steps to support the space program in the interest of our economy, sovereignty, pride, and international relationships. And the newly appointed Science Advisor to the Canadian Space Agency has echoed this call, advocating for a billion-dollar increase of the space program’s budget over the next 10 years.

With decisions about the next federal budget being made in the coming months, The Planetary Society will continue to advocate for space. With a strategy and a healthy budget, Canada can take its place in the future of space exploration, both as a partner and as a leader in our own right. 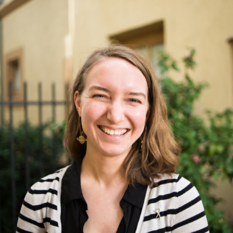 Hi Kate Howells; Thank you for helping advocate for increased space exploration in Canada. As a long-time Canadian, space exploration and Planetary Society supporter I also am frustrated at the lack of Canadian including government support for space exploration. I was hopeful that the new Liberal government would give a breakthrough in support for Canadian space exploration funding after criticizing (rightly) the low and declining level of support from the previous Harper Conservative government. Although the Liberals have increased support back to historical average levels do you think there is much chance they will increase it to a closer per capita basis compared to the US? What do you think the prospects are that Canada will support Canadian astronaut, rover, or robotic as in Canadarm participation in the NASA and ESA lunar orbit and surface new priority program? Also what can Canadian members of the Planetary Society, such as myself, do to encourage more support of space exploration including in lunar, martian or other deep space international projects for Canada?

Hi Doug. Here are some answers to your questions: -Although the Liberals have increased support back to historical average levels do you think there is much chance they will increase it to a closer per capita basis compared to the US? I don't think it's realistic to expect Canada to increase its investment in space to the same per capita level as the U.S., but I would hope to see Canada meet the average per capita space investment of the OECD countries. -What do you think the prospects are that Canada will support Canadian astronaut, rover, or robotic as in Canadarm participation in the NASA and ESA lunar orbit and surface new priority program? I think it is likely that Canada will provide the funding necessary to participate in this program. The political and economic benefits are just so enormous, I don't think the government will miss that opportunity. I expect we will provide robotic components, and that this will give us the opportunity to provide astronauts as well. -Also what can Canadian members of the Planetary Society, such as myself, do to encourage more support of space exploration including in lunar, martian or other deep space international projects for Canada? Maintaining your support of The Planetary Society through membership is the best way to contribute to space advocacy work in Canada. When opportunities for individual member advocacy in Canadian advocacy come up, we'll be sure to engage all of our Canadian members.

Hi Kate; What are the dollar figures per year of government spending by Canada and the average OECD on space exploration? I would especially be interested in quite up-to-date amounts. Doug