The September Equinox edition of The Planetary Report, our special Cassini issue, is ready to download here.

When one needs to convey the general concept of a planet, a photo or a drawing of Saturn does the job. Its beautiful and unique ring system makes Saturn the most iconic and photogenic world in our solar system.

Launched 20 years ago, and hard at work in the Saturn system for 13 of those years, Cassini’s views of Saturn, along with its rings and moons, became a part of our everyday lives. It’s hard to accept that, as of September 15, the spacecraft is no longer. Its conveyor belt of gifts has stopped.

However, planetary scientists have thousands of images and mountains of other Cassini data to pore over for a long time to come. From this mine of data, marvelous discoveries will continue to be ours. 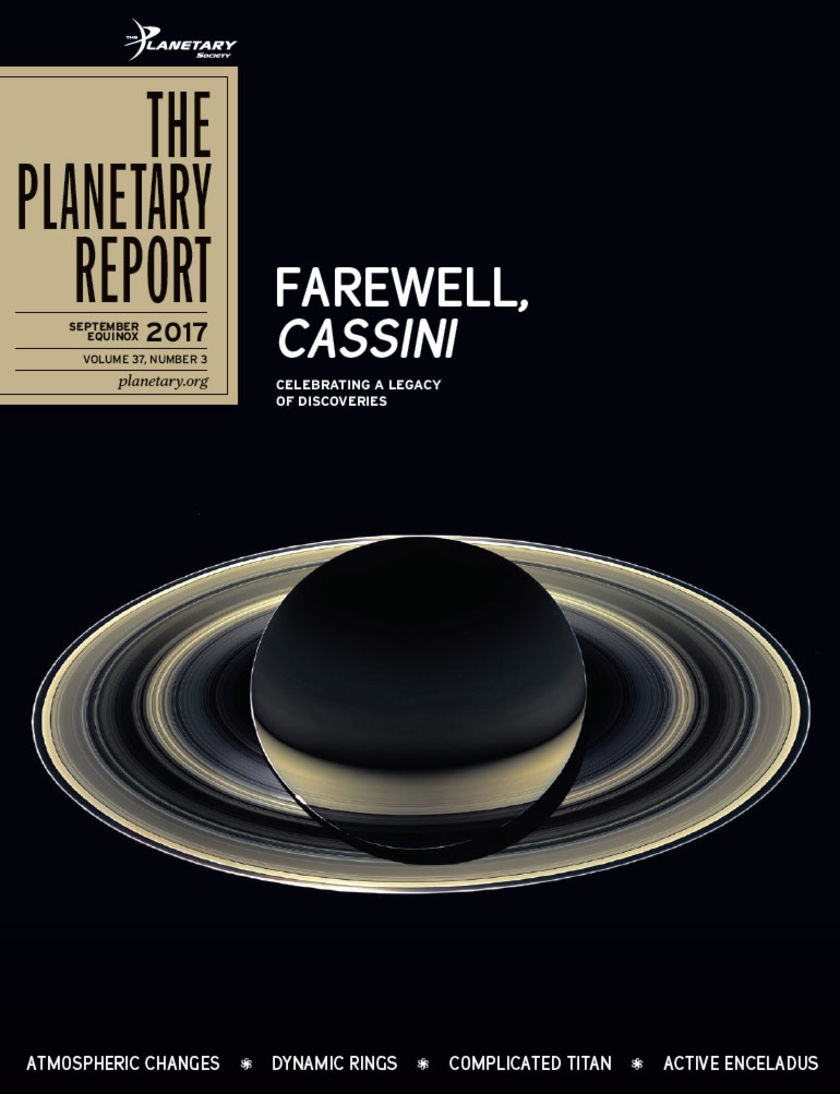 Of course, it was not possible to expound much on Cassini’s achievements in these pages—we don’t have the room! But we were able to ask a handful of planetary scientists to share some highlights of the data gleaned at Saturn and to fit these insights into our growing understanding of how things work in this cosmos we inhabit.

Luke Dones reports on what Cassini has taught us about Saturn’s ethereal and mysterious rings.

Emily Lakdawalla devotes a page to Saturn’s panoply of moons, several of which were discovered by Cassini.

Project Scientist Linda Spilker introduces the issue, and Casey Dreier closes it by asking, “With Cassini Gone, Now What?”

The Planetary Society has supported and shared the work of the Cassini-Huygens mission from beginning to end—and beyond. That’s what we do. We help make space exploration happen. Thank you for being a part of this great adventure.