A dispatch from the path of totality: the 2017 solar eclipse in Ravenna, Nebraska 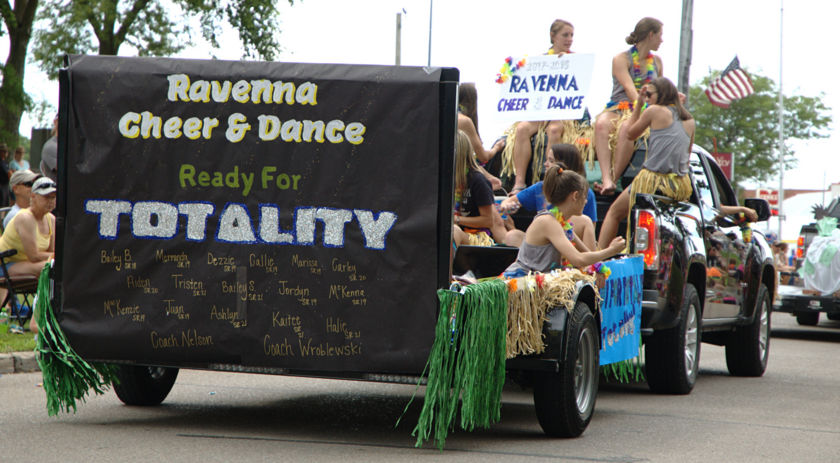 On a sunny Saturday morning in June, a line of antique green tractors puttered and popped down the main boulevard of Ravenna, Nebraska. The classic car club followed, with chrome bumpers polished like mirrors, and the high school band – “Pride of the Blue Jays” – thundered along, their brass instruments gleaming in the late-morning sun.

But the parade floats carried a darker tone.

“Don’t be in the Dark: Plant Pioneer,” warned the local seed corn dealer.

“Don’t market your corn in the dark!” advised the local ethanol plant.

Beneath a giant cardboard Death Star, the Ravenna Public Library let it be known: “Your feeble skills are no match for the Dark Side…”

Even the Ravenna Cheer & Dance squad, in glittered letters, proclaimed: “Ready for Totality!”

You see, Ravenna, a town of about 1,400 residents amid the pastures, cornfields, and two-lane highways of central Nebraska, occupies a rare spot on the earth’s surface: dead-center of the path of totality for the August 21 solar eclipse.

The theme of this year’s June festival – “Totally Eclipsed” – added a shadowy twist to every event, from the parade to the quilt show to the beer garden. The festival has always been quirky; they call it “Annevar” after all. (Ravenna spelled backwards, get it?) And with a turtle race, tractor pull, and demolition derby, it boasts the slowest, muddiest, and most destructive competitions you will ever see.

This year, the parade floats truly embraced the theme, especially the one from Seneca Sunrise retirement home. As its elderly residents waved and tossed candy, they each bared their bright white buttocks (crafted from papier-mâché), giving the crowd a whole lineup of full moons. That’s the wrong lunar phase, of course, but let’s face it, a new moon just isn’t funny. 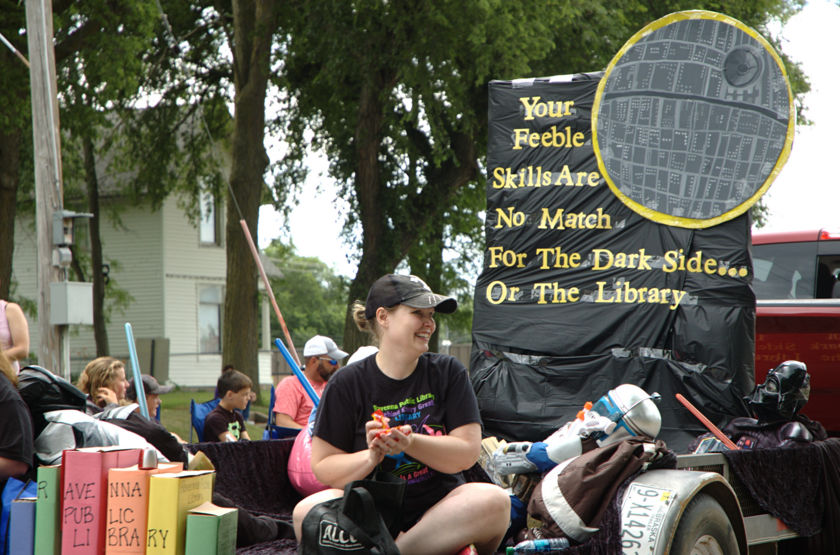 Ravenna, a town of 1,400 on the plains of central Nebraska, sits right in the middle of the path of totality for the Aug. 21 eclipse. Merchants, civic clubs, and educators are all busy preparing.

All butt jokes aside, the eclipse is serious business in Ravenna. Merchants, civic leaders, and educators all hope to generate a lasting, positive impact from just two and a half minutes of total darkness. Visitors could outnumber residents 10 to 1 that day, including everyone from scientists to mystics to grandkids and old college friends. Hotels in the nearby cities of Grand Island and Kearney are booked solid. Picnic packages at the winery are sold out, and campsites at Ravenna Lake are filling up fast. NASA Astronaut Mike Fincke is lined up to speak at the high school.

The shadow, so to speak, is on Ravenna.

Making the Most of Totality

Gena first learned about the coming eclipse three years ago. She got a call from her husband’s uncle, Gordon Emry, an amateur astronomer and hot-air balloon pilot from Norfolk, Nebraska. He had a favor to ask: Can I stay at your house for a weekend in late August – 2017?

Since hearing Gordon’s explanation three years ago, Gena has been on the opposite side of the same conversation roughly a thousand times. As a professional photographer, she knew a thing or two about light and shadows, but she had to learn some astronomy to educate the town.

Gena, along with a growing team of volunteers and supporters, set out to prepare the town. They got advice from Dr. Kate Russo, author of Being in the Shadow, who worked with small communities in her home country of Australia for the November 2012 eclipse. The preparations have been practical – creating an online registration system for campers, lining up vendors and musicians, planting new flower boxes downtown – as well as educational.

“A big concern has been that there would not be enough pre-education,” said Gena, a mother of two children, ages 3 and 5. “Having kids myself, I want them to understand what is going on.”

Another early concern – long dispelled – was that residents would see the eclipse as a nuisance. They wouldn’t want visitors trampling all over their peaceful town, where one big festival per year is plenty, thank you very much. But most residents soon recognized the eclipse as an opportunity – an economic one, if nothing else – that they couldn’t afford to pass up. 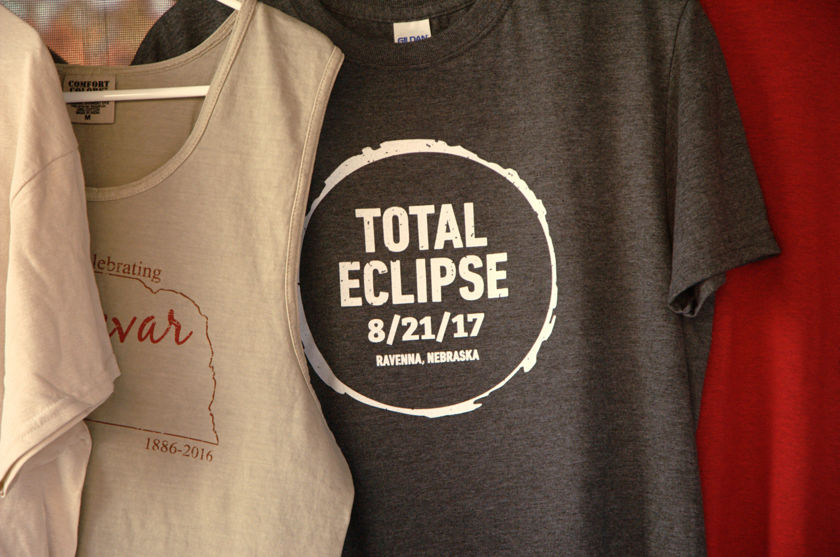 Get your official eclipse T-shirts here!

Like most Nebraska communities of its size, Ravenna struggles to retain young people and to bring them back after college. The mechanization of farming has increased productivity, but eliminated rural jobs. International trade has opened new markets for agriculture, but put new pressure on manufacturing plants in nearby Grand Island and Kearney. Those cities are where small-town residents tend to shop, when they’re not ordering from Amazon.

Yet Ravenna has fared better than most: Since 1990, its population has remained steady, whereas other Nebraska towns of 2,000 people or less have shrunk 7 percent on average. Bad news – the cheese plant is closing – has typically been followed by good – the plant will re-open for the freeze-drying of meat.

Amid these challenges, the eclipse is decidedly good news. Since the railroad stopped laying over in Ravenna earlier this year, rows of bunkhouses for rail workers have remained vacant. So now Gena is hoping that the bunkhouses could accommodate last-minute eclipse watchers.

“We’ve been lucky,” Gena said. “When a business closes, something new comes along and takes its place. People get excited and stick with us. It’s a constant struggle though.”

It’s difficult to predict exactly who and how many will show up in Ravenna August 21, but rest assured: There will be scientists.

Totality will begin at 12:47 p.m. local time, with the sun at 60 degrees altitude. The umbra’s centerline will pass right through the town’s John Deere dealership. Wide-open vistas are plentiful, and the chance of clouds is relatively low. Nebraska’s humid, turbulent atmosphere is poor for astronomy in general, but fine for eclipse viewing. Totality will last for 2 minutes, 36 seconds – just 5 seconds shy of the maximum duration, 22 minutes later in southern Illinois

Put it all together, and Ravenna just might have one of the best viewing spots anywhere.

“You go west, toward Oregon, and you get clearer skies, but a shorter duration,” said Dr. Mariana Lazarova, Assistant Professor and Planetarium Director at the University of Nebraska’s campus in Kearney. “You go east, and the eclipse gets longer, but the chance of clouds increases. Here is the longest eclipse while still striking a balance.”

Dozens of university students and faculty are expected from Michigan and Maryland. Volunteers from Lake Afton Public Observatory, near Wichita, Kansas, will narrate the main viewing event at Ravenna’s baseball fields. They’ll teach the science, offer safety tips, and make sure no one misses the show while fiddling with a phone or telescope. The evening before, Dr. Tabetha Boyajian, of Tabby’s Star fame, will give a talk 30 miles away in Kearney.

Most notably, Ravenna is an official site of the Citizen CATE Experiment. This project will post amateur astronomers at nine sites in Nebraska and 68 nationwide, roughly evenly spaced along the umbra’s path. Led by Dr. Matthew Penn at the National Solar Observatory in Arizona, the experiment will combine data from every site to produce a continuous, high-resolution, 90-minute video of the sun’s corona. 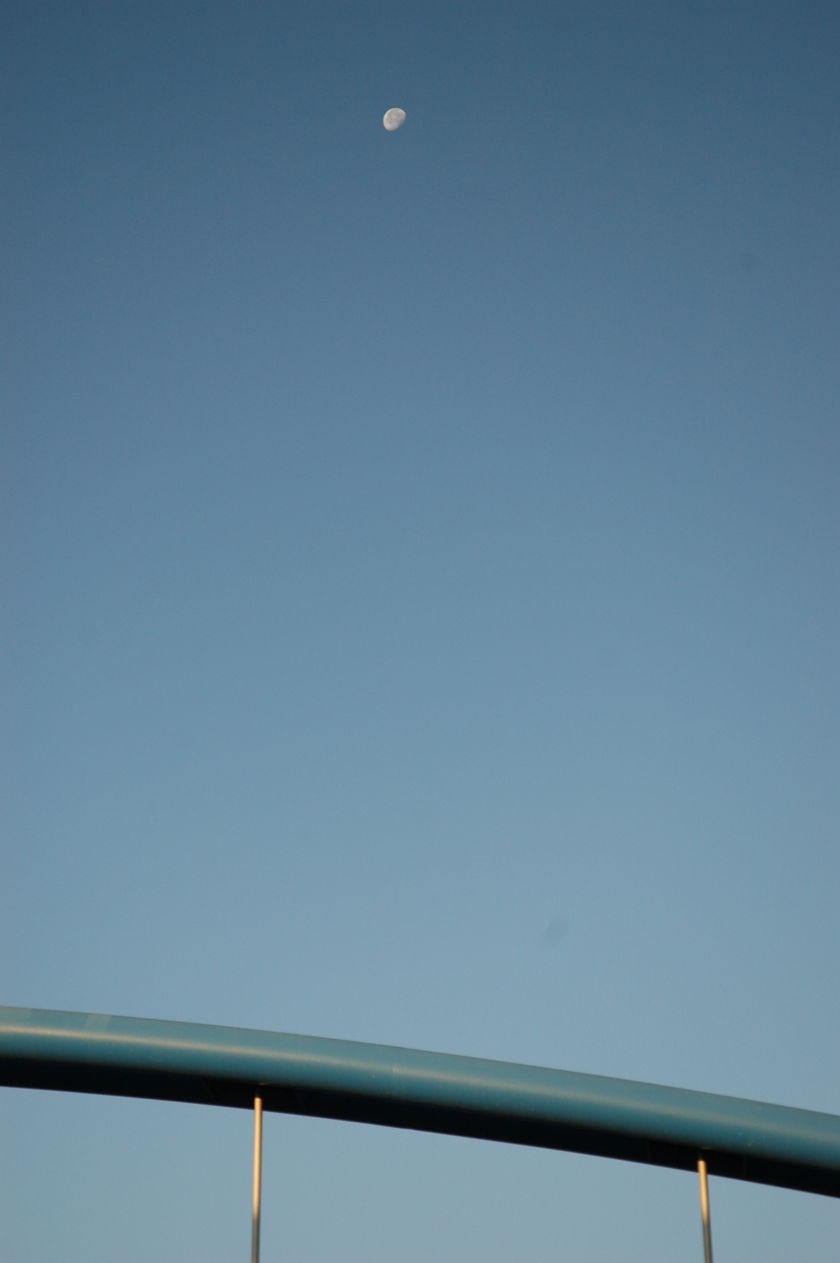 The moon, seen from the blue viaduct that spans Ravenna's rail yard.

As the Citizen CATE coordinator for Nebraska, Mariana hosted a training session for all the state’s observers in May. Since then, they’ve been conducting test observations and submitting data for Mariana’s review and feedback. They’re all becoming better astronomers as a result. Mariana, who normally studies quasars, has learned more about daytime observing.

“The observers have a wide range of career stages and experience,” Mariana said. “Some have been astronomers for decades. Some are high school students.”

She’ll be posted in Ravenna for the eclipse, along with two of her students. With help from Gena, Ravenna’s Chamber director, they’ve found a small concrete pad just outside of town. They’ll set up their 80mm refractor, Arduino, laptop, and Citizen CATE software. They aim to capture more than 1,000 images, gathering data on a layer of the sun’s atmosphere that is not well covered by orbital observatories. They’ve got the right gear, the ideal spot, teammates from Oregon to South Carolina, and nature’s ultimate coronagraph. It’s the perfect syzygy.

“An experiment like this has not been done before,” Mariana said.

What the Shadow Leaves Behind

Back in June, a couple of volunteers sold tickets and handed out solar glasses near the entrance of Bethlehem Lutheran Church in Ravenna. A 16-foot, all-black inflatable dome consumed part of the church’s fellowship hall. From the outside anyway, it looked like the most boring bounce house in Annevar history.

“O-kay,” boomed a voice from inside. “Who can tell me what an eclipse is?”

Daniel Glomski, Mad Scientist with the Edgerton Explorit Center in Aurora, Nebraska, was giving his third presentation of the day. It was an all-ages show, including tours of the night sky, the solar system, and the coming eclipse. This summer alone, he will make 40 stops with his portable planetarium, welcoming thousands of children and their parents through its door flap and into astronomy. The Explorit Center has distributed almost 30,000 pairs of solar glasses.

In crisscrossing the state, Daniel has seen different degrees of preparation. Ravenna is certainly on the ball, he said, along with Stapleton, a village of 300 that lies farther west along the umbra’s centerline. Farther west in Alliance, there’s a big party planned at Carhenge, a meticulous replica of Stonehenge that’s made out of old cars. In southeast Nebraska, at Homestead National Monument, Planetary Society CEO Bill Nye will appear at an eclipse event with JPL’s Amy Mainzer and characters from the PBS Kids show Ready Jet Go!

“Other towns have nothing planned at all,” Daniel said, “but that’s OK. Some people want a large crowd experience, but a lot of people don’t, and towns that aren’t doing much will be great places for them.”

Across Nebraska, the path of totality covers 30,000 square miles and more than 200 villages and small towns, so traffic congestion is certainly avoidable. 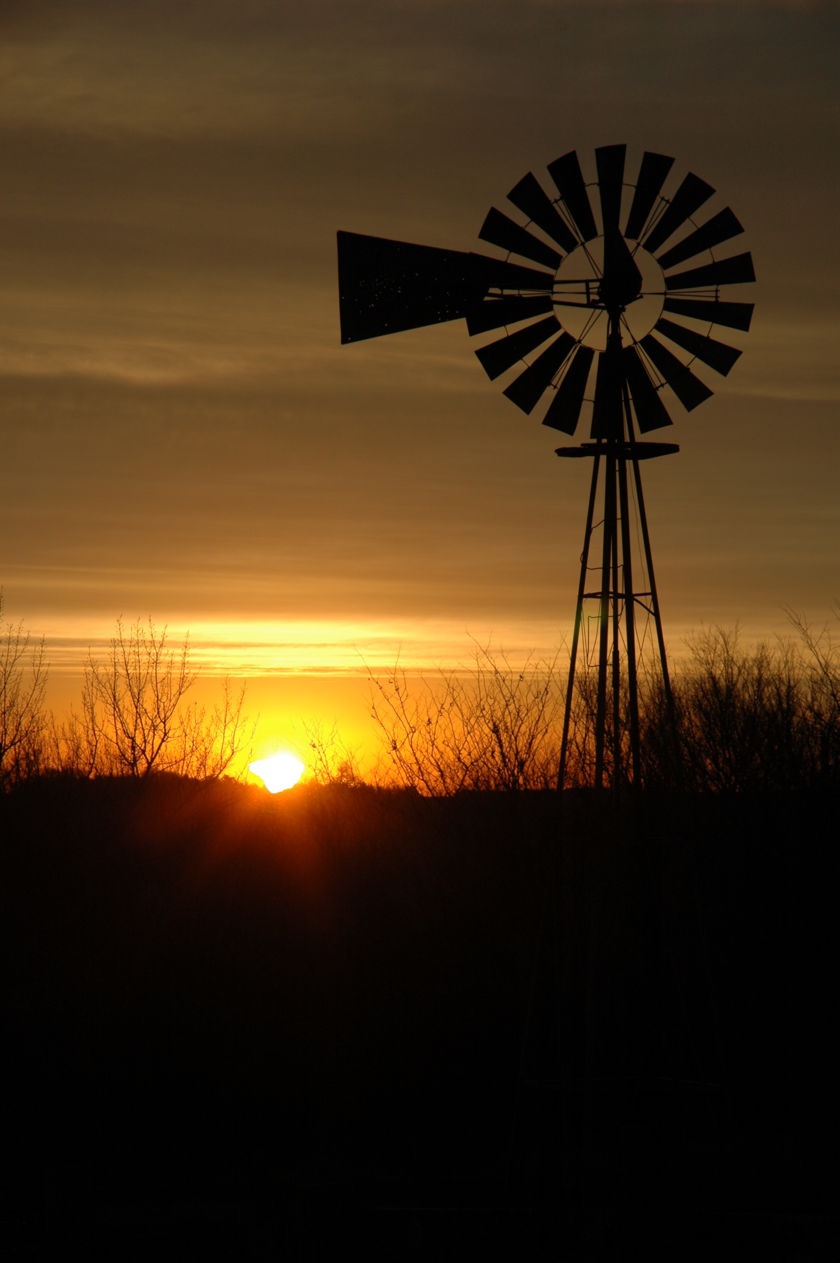 So what will the shadow leave behind? In Ravenna, once the crowd has dispersed and clean-up has begun, there will be a few extra dollars for bringing electricity to the campground, a small but important investment for future tourism. “Totally Eclipsed” T-shirts will be a common sight for years to come. There will also be pride and a sense of historical significance.

But most importantly, everyone hopes, there will be inspiration.

“Who knows?” Gena said. “This eclipse could just be the thing that inspires a lot of kids to get interested in astronomy.”

Daniel, a veteran science educator, knows that the eclipse won’t accomplish much by itself. But by educating and preparing communities, by interacting with kids, getting them to ask questions, to don solar glasses and make pinhole projectors, the inspiration can be real and enduring.

“I hope it will spark an interest in astronomy and watching the sky for sure,” Daniel said. “But I see this as a natural event, part of nature. So more than that, I hope it sparks a broader interest in the natural world.” 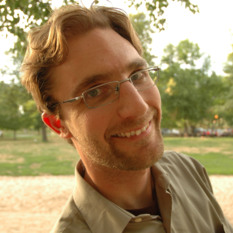