I started my journey working with The Planetary Society over two summers ago when I met Casey Dreier outside a sandwich shop in Houston, Texas. We were attending the Lunar and Planetary Science Conference for different reasons, but planned to meet up because I had emailed him regarding my interest in spending the summer in Washington, D.C. doing an internship with The Planetary Society. He was, in short, impressive, professional, and convincing. Soon after, he connected me to Jason Callahan, the organization’s newly hired Policy Advisor and a D.C. veteran that was starting an expansion of the advocacy team. I first met Jason in late May at a local bar and grill in the heart of Washington, a stone’s throw away from the Capitol. It was the first of many long conversations with a man that I would come to know as a supervisor, mentor, and friend over the next two years.

That summer, Jason and I met often to discuss The Planetary Society, the ins and outs of politics in D.C., NASA, our project at the time (research and analysis on past NASA’s Discovery-class missions), and more. Our meetings were likely to end 10, 20, sometimes 30 minutes later than planned. As well as work on our project, I got the opportunity to attend events across town with all the movers and shakers of space policy. I met curators for the Air and Space Museum, attended the Science in Japan forum, spoke briefly with Jim Green (the Planetary Science Division Director at NASA HQ), and shook hands and exchanged pleasantries with, I’m guessing, about 300 people. I went back to school at Purdue University that following fall a more informed, confident person. I learned what it took to be a professional, and what it took to succeed in the real world. I went home thinking I would never learn more in one summer than that ever again. I was mistaken. 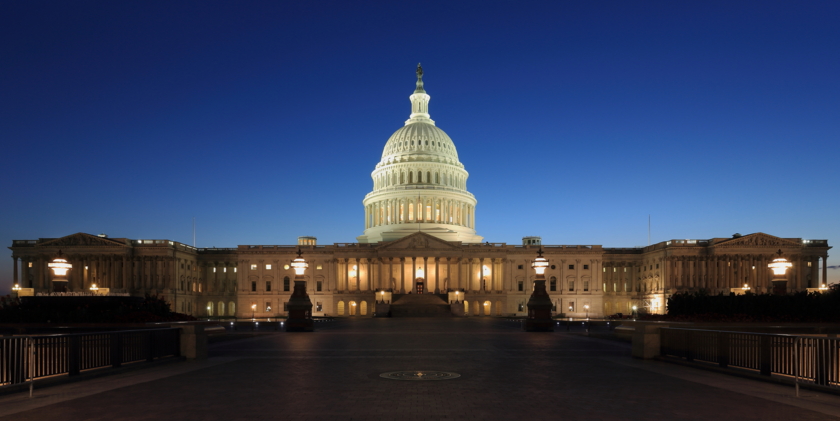 I was very fortunate to return again this summer. This time, The Planetary Society had grown once more with the addition of Matt Renninger. Jason explained to me Matt was to be the Senior Government Relations Manager, and was a former staffer on the Hill. He was there to give us the connections and know-how of taking the research Jason did and putting it into use in forming comprehensive policy in Congress. Throughout the summer I got to know Matt well, and from him I would learn an entirely different set of skills and information that I had never considered. Within a week of knowing Matt, he was kind and trusting enough to allow me access to his calendar. He told me I was welcome to attend anything I saw and that all I had to do was ask. I didn’t know what to expect from his schedule but I soon discovered Matt was a busy man.

Just before I had arrived to Washington, The Planetary Society had released its white paper, Mars in Retrograde, and the advocacy team was in full swing to get it into the hands of anyone who would listen on Capitol Hill. Taking Matt up on his offer, I asked to sit in on any of the next dozen meetings he had that week. Matt and I met on an early morning outside the Rayburn Office building, one of the office buildings for House Representatives, on a typical Washington, D.C. summer day, hot and muggy. We went to three meetings, back-to-back-to-back. By the end of those three meetings it was clear that Matt was an expert. He shared the conclusions of the white paper with grace, he knew every building like the back of his hand, and he stopped numerous times to talk to former colleagues and friends nearly everywhere we went. The Planetary Society had scored another good representative; that was certain. I made it my goal to put myself under his wing and learn as much as I possibly could.

Throughout the summer I attended many more events, and as I did I soaked up the ins and outs of space policy. I attended House budget hearings, meetings with offices in the House and Senate, lunches with seemingly endless intelligent and interesting people, and worked on small projects, continued the research from last summer, and more. Every day I spent with Jason and Matt was different and informative, and from it I gained perspective. I began to understand that three things mattered when it came to achieving your goals in Washington. The first was that it is crucial to your pitch to have sensible and holistic solutions to the problems you are presenting. The second was that it mattered to be strategic in whom you present your pitch to and when you present it. The third was that the way to hearts and minds of the people making decisions was through the benefit of their constituents. Our Congressional representatives listen a little bit harder when a member of their district reaches out and speaks to them about the issues dear to them. That struck me, and it made me think, what do I believe in? When would I ever get a chance like this again to talk to those who represent me?

One afternoon early during the summer, Jason and I attended the House Subcommittee on Space and Technology Budget Hearing with acting NASA administrator Robert Lightfoot, where I learned the FY18 president’s budget request included defunding NASA’s Office of Education. The Office of Education, among other things, houses the National Space Grant Consortium and Fellowship Program (NSGCFP). For those unaware, the NSGCFP, according to their website, has the project goal of “funding education, research and public engagement projects through a national network of university-based Space Grant consortia.” Additionally, they had awarded me the grants I needed to make my internship with The Planetary Society these last two summers a reality. I was heartbroken to hear that a program that had given me so much was threatened. I talked to Matt and Jason about my worries and what could be done. The response was simple: Go tell your representatives. It was an unnerving prospect. Doors away, national headlines were being made. Healthcare and budget deals dominated the news cycle. Would my efforts actually be heard? I kept the idea in the back of mind for a couple weeks, unsure of what I should do.

That was when we had a breakthrough in the white paper. We had achieved getting a new start for a Mars telecommunications satellite in the House Commerce, Justice, and Science Appropriations base bill. It was no sure thing, but it was a huge step forward. It was an exciting time, and we celebrated by starting work on the Senate. There’s never time to stop and pat yourself on the back in the nation’s capital. It reminded me of one my favorite quotes, attributed to many, but true none the less: “Decisions are made by those who show up.” 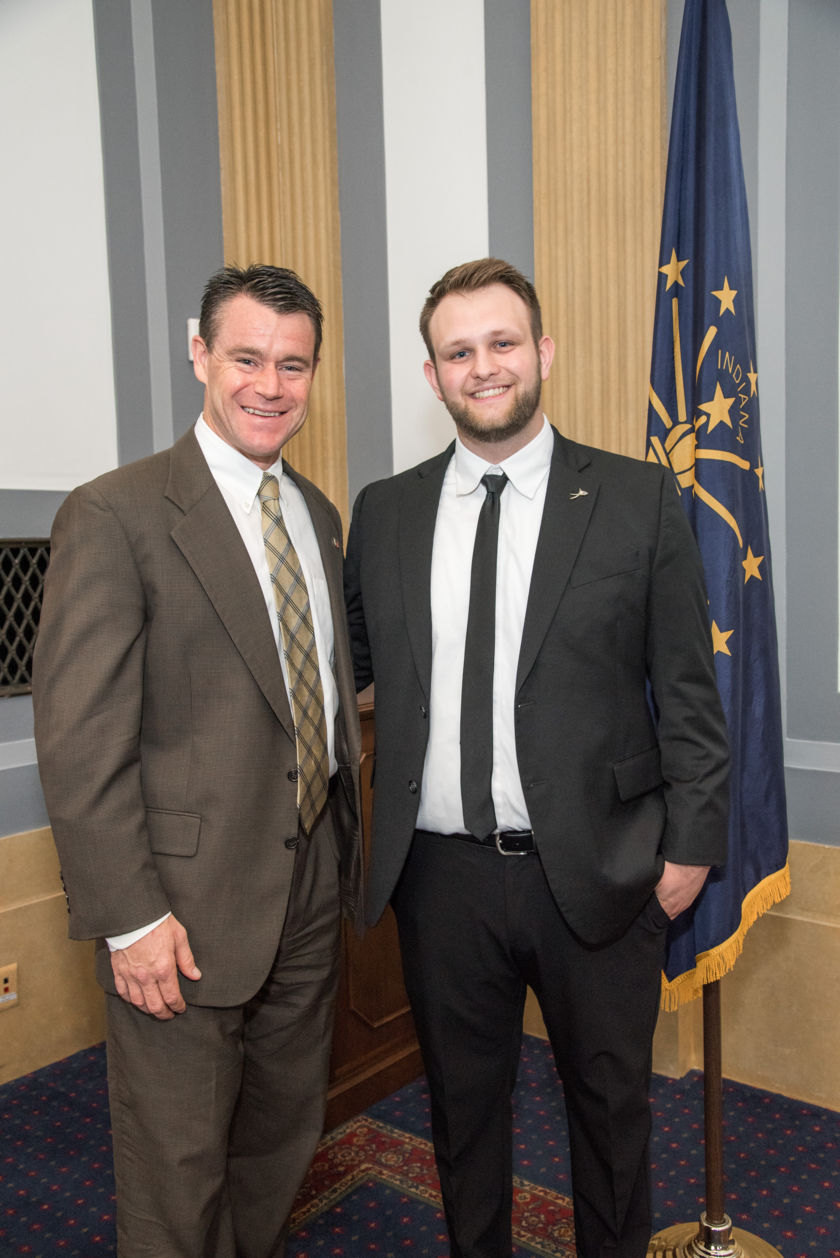 I decided to show up. In my free time, I began to draft a one-page summary of why I believed the Space Grant program didn’t deserve the treatment it was being given. I dug into budget sheets and progress reports, and I got hard numbers on why the Space Grant program was worth its merit. I sent the paper to Matt and Jason, and they gave me feedback on how to make it better and more effective. I used everything I had learned from my time with The Planetary Society. Matt set up meetings for me with the offices of my representatives from Indiana: Senator Todd Young (R-IN), Senator Joe Donnelly (D-IN), and Representative Todd Rokita (R-IN 04). With confirmation of each meeting I got more excited, and equally more nervous. I practiced my pitch, printed out copies of my one-pager, and I readied myself.

The time came, and on an early Wednesday morning I met Senator Donnelly and then Senator Young in morning coffee meet-and-greets. In each office the appropriate legislative staff that represented my issue greeted me kindly. They listened to me carefully as I told them why I was there. When it came time to meet with each Senator, I gave the best argument I could, and I watched as they listened carefully to what I said. Whether they agreed or disagreed, they were willing to listen and they now knew where I stood. I had seen proof that the power of our democracy is derived from the constancy of its citizens. 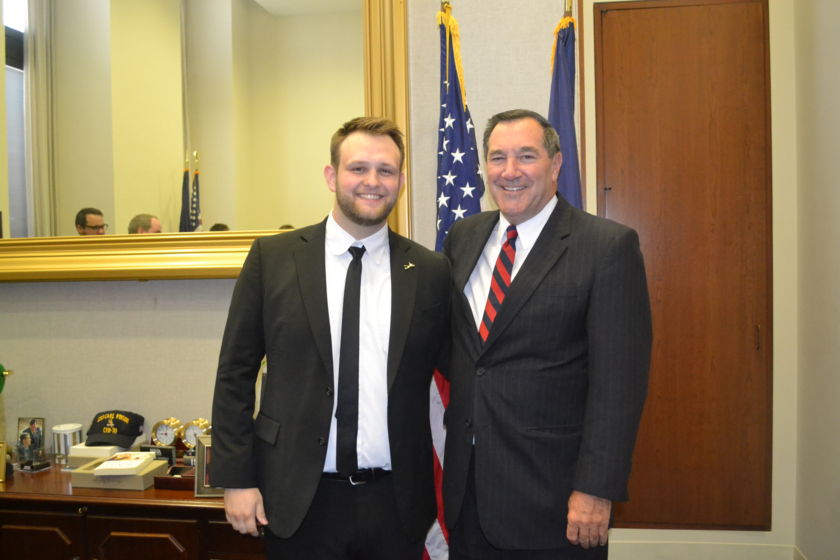 I could not have asked for a better experience to help shape my young career than spending two summers in our nation’s capital with The Planetary Society. I am extremely grateful to Jason Callahan and Matt Renninger who brought me into their busy lives and careers, and taught me something new and valuable every day. The Planetary Society is growing and improving constantly, with direct thanks to its members who support the organization with their time and money. In every action that is made, The Planetary Society considers the needs of its members and the impact it has on them. I have seen first hand the sacrifice and hard work of The Planetary Society staff that is required to make true change. The most important lesson I learned in my time in D.C. is that in order to make a difference in your government and community, you must speak up for what you believe in. As long as you are willing to put in the work, your ability to create change is limitless. 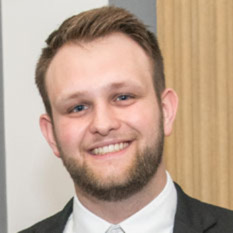