Geology on Mars: Using stratigraphic columns to tell the story of Gale Crater

Stratigraphic columns are a basic tool in geology, used for everything from understanding the geologic history of a location to determining relationships between different features.

But what are stratigraphic columns really?

Stratigraphic columns are a sketch representing a sequence of actual geologic layers. Most commonly, stratigraphic columns are used for sedimentary rocks. Unless disturbed by tectonic activity, sedimentary rocks generally form on an essentially flat surface—such as from material deposited by wind on the surface of a planet, or stuff that has fallen out of suspension in water from a lake or ocean. This means that sedimentary layers typically form a sequence such that the bottommost layer is the oldest and the topmost layer is the youngest. 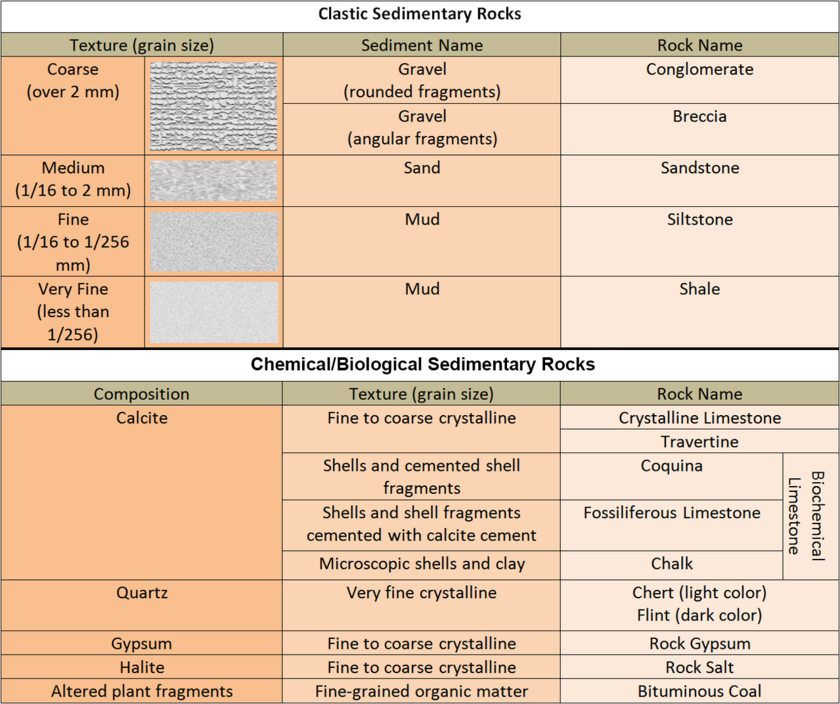 Below is an example of a stratigraphic column from the Grand Canyon, showing how the column relates to the actual rock layers exposed in the canyon wall. Each of these rocks has its own symbol in the stratigraphic column as shown in the figure. Each sedimentary rock corresponds to a different environment in which it was deposited. These "depositional environments" can give us some idea of the past environmental conditions (climate, etc.). Other features within the rock layers can give us other clues as to the geologic history of the area, such as tectonic events.

Stratigraphic column of the Grand Canyon

Stratigraphic columns give us a lot information about the geology of the area they represent: First, the symbols show us what kind of rock makes up the layer. Second, the darker divisions show us different geologic formations, usually distinguished by age of the rock and depositional environment. In the example shown, the Kaibab Limestone is a formation composed almost entirely of one rock type: limestone. The Toroweap Formation is composed of limestone, sandstone and mudstone. Finally, in this example, the width of the each rectangle representing a geologic formation relative to the other formations indicates average relative grain size. In the example shown, the Coconino Sandstone has a larger average grain size that either of the other two formations.

So what does this have to do with Mars? Well, like Earth, Mars has sedimentary rocks, deposited in layers. When they are exposed in a sequence, we can construct stratigraphic columns to help us understand the geologic history and past environments. 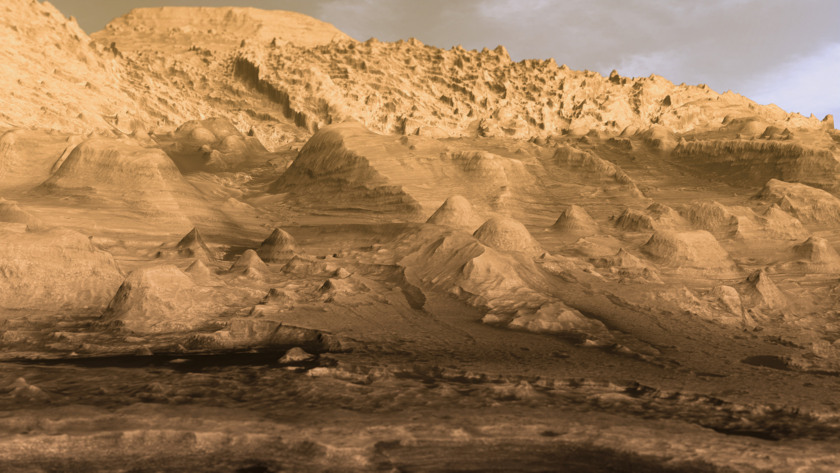 In a recent paper on sandstones within the Gale Crater, Thompson et al., (2016) constructed a stratigraphic column for all sedimentary rocks encountered within Gale Crater to sol 1200 of the Curiosity rover's mission. The stratigraphic columns in the figure below show not only the sequence of sedimentary deposits by elevation, but also the width of the individual rectangles in the column indicate the relative grain size.

The stratigraphy at Kimberley is expanded to show a layer of material called "breccia-conglomerate" at the base of that sequence, and mostly sandstones with various sedimentary structures. These sedimentary structures such as cross-stratification indicate the level of energy in the depositional environment. In the case of cross stratification, this indicates a high energy (fast moving) environment. 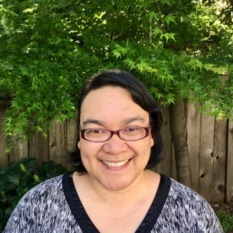