For a space nerd like me, working at NASA’s Jet Propulsion Laboratory in Pasadena, California is the ultimate dream job.

Sending spacecraft out to explore our solar system is an enormous task. These multifaceted missions require expertise in not only science and engineering, but also in project management, business, and art. They require talented women and men from diverse backgrounds.

During the past four years, I have been working toward my dream of being a “JPLer.” During that time I have met many people like myself who dream of sending robots into space. What does it take to work at this hub of spaceflight acumen? I talked with some of JPL’s finest to get guidance and advice on how to join this illustrious group of space explorers.

Editor’s note: Responses have been edited for brevity. 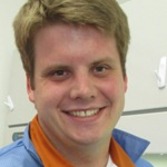 Imken was a graduate student at the University of Texas in Austin when he got his JPL break. He was working on the propulsion system for the INSPIRE CubeSat mission, and upon delivery of the spacecraft he was interviewed and hired as a systems engineer.

What did you think was going to be the biggest barrier before you started? Did it end up being a barrier?

One of my biggest worries before I started was that I wouldn’t be able to understand the breadth of JPL’s work. We have several missions in development or flight, but the Lab does so much more than that, including research and technology development, instrument design, and concept formulation. This worry was never realized because JPL’s atmosphere is very friendly and open, and my fellow JPLers are excited to share and teach me about the cool things we do.

How much schooling do you recommend an engineer should get before applying?

A master’s degree can help, but if you can get master’s level experience as an undergraduate and you can demonstrate that, that’s really what we are looking for. There are multiple ways to get that experience.

Do you have any words of wisdom for future JPLers?

I like to say that we are looking for people with talent, not necessarily someone to fill a specific job. Keeping this in mind, a potential applicant would want to highlight multiple experiences, projects, or research opportunities, or perhaps multidisciplinary roles within a larger project. 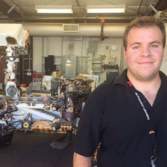 Lightholder has been at JPL for less than a year, after graduating from Arizona State University in 2016 with a bachelor’s degree in computer science.

Can you explain what data science means?

Data science is taking big data sets and distilling them down into answers that are actionable for a human to use.

What has been your greatest moment at JPL so far?

Definitely my first shift on console as the payload downlink lead for the engineering cameras on Curiosity. All the data came off the rover, was relayed through an orbiter and came down through the Deep Space Network and showed up at my desk.

I was responsible for assessing the health of the engineering cameras, and assessing the quality of the data, and determining if it was what we expected. We needed to plan the next sol (Martian day) of operations, and being responsible for that go/no-go poll by myself for the first time was incredibly exciting.

I was the first person to look at those images coming down from the rover going over a hill. Seeing something from another planet was unbelievable.

What advice would you give to a future JPLer?

In college, make sure that if you are working on a project, you know what you want out of that project. Getting good grades is important, but less obvious is networking by going to conferences and making sure that you are putting yourself out there by meeting senior industry people, talking about what you’re trying to do, and listening to advice.

I also recommend getting hands-on experience. There are some things you can’t learn from books, and certain lessons you really only learn by trying things for yourself. That goes right along with leading a team, or taking a project from an initial concept all the way through the design, construction, and data analysis.

Recently, JPL put out a call for software engineers. What advice would you give to a software engineer who is currently in college, and what should they focus on to build a skill set to apply at a place like JPL?

Build something cool that you are passionate about. The projects that you do in class will teach you the concepts and the way to things correctly. You can take all that, and during your free time put it all together to focus on something you find interesting. This is really powerful, and can be something you can bring to an interview or put on your resume. 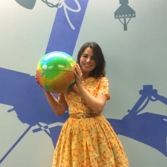 I really wanted to speak with someone who wasn’t an engineer or scientist. De La Torre is a visual strategist and a member of “The Studio” in JPL’s advanced design engineering section. She has a background in illustration and entertainment arts, and works on an eight-person team that visualizes current and future space missions.

One of her most memorable moments was working with scientists during brainstorm sessions to create an accurate terrain model of a comet—before we knew what a comet’s surface looked like. “We only had a pixel of our target at the time,” she said. “I would get comments like, ‘It’s porous, but not like a sponge—more like a pancake as it’s cooking.’ So I went and took photos of cooking pancakes to use as texture, and it ended up being pretty accurate!”

When you were in school did you know you wanted to work at JPL?

In college, I had no idea I would end up working for JPL. I would be designing characters, vehicles and environments for feature animation; it was a great surprise to see my skill set was valuable to JPL. During a materials and properties class at the Art Center College of Design, my professor mentioned JPL had an open internship, so I made a split-second decision and applied right away, not knowing what I could contribute but knowing I could contribute in some way.

Did you have a mentor at JPL before working there?

I did not have a mentor before JPL. However, when I started, Artur Chmielewski, who managed NASA’s role in the Rosetta Mission, helped me become a contributing member of the mission team. That experience, as well as his management and career advice, has helped me immensely throughout my career.

Do you have any recommendations for a future JPLer?

JPL has a sign hanging in the lobby of their main building that reads “DARE MIGHTY THINGS” in bold aluminum. It’s part of a quote by Theodore Roosevelt:

"Far better it is to dare mighty things, to win glorious triumphs, even though checkered by failure, than to rank with those poor spirits who neither enjoy nor suffer much, because they live in the gray twilight that knows not victory nor defeat."

JPL was founded by a couple of guys that were kicked out of Caltech because their rocket exploded, and I am excited the lab has kept their spirit alive. We continue to try new things, and failure is seen part of the process to achieve success. I hope this spirit continues into future generations. 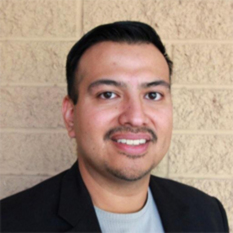 I'd love to see interviews with mid-career scientists and engineers joining JPL. Not everyone is a fresh out. :)

Good point Rich. I recommend going to the JPL open house event in May and talk to the numerous engineers and scientists working during the event. Hope this helps and thanks for reading.