This article was originally posted on Jason Wright's blog and is reposted here with permission. It concerns a paper, "Visions of Human Futures in Space and SETI", published in the International Journal of Astrobiology by Wright and Michael Oman-Reagan.

One of the reasons SETI is hard is that we don’t know exactly what we are looking for, and part of that difficulty is that we still aren’t sure of who we are. It seems counter-intuitive, but in order to be good at looking for aliens, we have to become experts at understanding ourselves.

Looking for the unknown

Not knowing what you’re looking for is common to many exciting fields in science. For instance, another goal of astrobiology is to find biosignatures, but in order to know what those are, we have to make assumptions about how life works, based on life-as-we-know-it. We must balance the need to define the observations that would constitute a successful detection against the fact that life out there might be as-we-don’t-know-it.

Or dark matter: it could be a common particle or a rare one, it could interact with itself or not, it could reveal itself in gamma rays or something else, it could be one of the hypothesized elementary particles or one we haven’t thought of, or it could even be a modification to the laws of gravity. The best we can do is guess at its nature and look see if there are detectable observational consequences of that guess.

In the hunt for biosignatures, we can appeal to biology, chemistry, and other fields to follow the chain from the definition of life to observable consequences. In dark matter detection we can appeal to fundamental physics. What do we have in SETI?

Well, we certainly have physics: there are physical laws we believe are fundamental and that we know pretty well, and we can think about energy use and how it would manifest itself. We also have ourselves: we are a technological species, so we can think about how we would detect a species like us. This last point is analogous to the hunt for biosignatures: we have to balance the need to define technosignatures of intelligent life as we know it, while keeping in mind that perhaps the only technological life out there is as-we-don’t-know-it.

There are several consequences of this:

One is that we need to recognize when we are unnecessarily restricting our thinking to life like ours. It can be hard to “step out of brains” (as Nathalie Cabrol puts it) and imagine a truly alien civilization. In order to do it, we must understand what it is to be human, so we can imagine what we would and might not have in common with alien species. This is especially important if there are “beacons” out there: signposts of technological life designed to catch our attention. Finding these means finding Schelling points, which means understanding what it means to be intelligent and technological, and what we must have in common with other species in the Galaxy.

Even more than thinking like an alien, we need to be sure we are able to identify what it means to think like a human. A lot of the background and assumptions in SETI comes from stories we tell about how we got to be where we are now. For instance, when we discuss the “colonization” of the galaxy and the number of potential beacon transmission sites, we imagine an alien species—or humanity—traveling beyond their planet on ships, leaving the Shores of the Cosmic Ocean to settle distant shores, just as we have already done in our own modest ways on Earth’s oceans.

But what pictures come to mind when you think our history of this? Who are humanity’s quintessential colonists, the paragons of exploration?

But, shouldn’t they be Ayla and Moana?

After all, humanity explored and settled nearly every habitable corner of our planet thousands of years before continental Europeans figured out how to navigate the open ocean.

The story of European history as human history—the story of the development of philosophy and science and technology and discovery as the progression from Ancient Greece to the Renaissance to the Space Shuttle—is a common one, but not representative of how technology on Earth as a whole actually developed.

In fact, this perspective is part of the theory of progressivist social evolutionism, now discarded by the social sciences that invented it, and one that justified a vision of European culture as the pinnacle of human civilization.

When we employ popularized and inaccurate accounts of human history like these to think about SETI, we are using partial and politicized stories to do science, and that’s sloppy, to SETI’s detriment.

And it’s not just history. A lot of our visions of human spaceflight and SETI come from science fiction, where many authors—including many influential scientists and engineers—have tried to broaden our minds to the possibility of what could be out there. But fiction is successful when it speaks to us—when the stories that are ostensibly about aliens have their real relevance to life on Earth. The aliens in these stories are rarely really alien—they are usually allegories for “Others” on Earth, designed to explore humanity from an outsider’s perspective. That makes them fun to read, but it makes them guides of mixed utility, at best, for what might really be out there.

For all of these reasons, SETI needs to include the social sciences, especially anthropology, to help practitioners identify where they are stuck “inside their brains” and get out. Anthropologists are trained to spot these sorts of cultural myopias and avoid them, from the books we read, to the language we use to describe our future and alien species.

That’s why anthropologist Michael Oman-Regan and I have written a paper about visions of SETI and human spaceflight. We identify some of the tropes and language currently common in the fields, and trace some of them to their origins in science fiction and colonialist narratives (including an oft-cited (self-described) “white separatist”).

As we write in the paper:

Regardless of their personal politics, it behooves practitioners to know the origins of the terms they use and visions for the future they hold, and examine the biases they bring, both to avoid unacknowledged bias in a field that requires an open mind, and to ensure that the field itself is not excluding voices and perspectives that will also help it thrive.

Along the way, we recommend some science fiction to read, trace the “giggle factor” in SETI to camp in science fiction, provide over 60 footnotes of links, evidence, and asides (fun footnotes are a guilty pleasure of mine), and we cite a huge range of sources from Burtons (Tim, LeVar) to social science PhD theses to Avi Loeb. We mention a lot of ideas that could be whole papers in themselves; we hope that it will inspire curiosity and more research into many of these topics.

I would do a big slow-blog introducing all the big points, but there are too many, and since the paper is very readable (I think so, anyway), instead I’ll leave you with the above teaser, and this link to the paper:

Parts of this post quote or paraphrase our paper, including parts written by Michael Oman-Reagan. Any inaccuracies are my own. 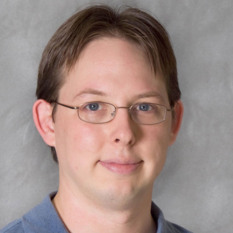