From space plane to sky crane: How part of a space shuttle landed a rover on Mars

This article originally appeared on August 4, 2017 at collectspace.com and is republished with permission.

Hardware from one of NASA's retired space shuttle orbiters played a critical role in the landing of the Curiosity rover on Mars five years ago.

Largely unknown to the public, a helium regulator that first flew multiple times into Earth orbit as part of the propulsion system for the reusable winged spacecraft was inspected, modified, tested and then re-launched as a key component of the descent stage for the six-wheeled rover that touched down on the Red Planet on Aug. 5, 2012 (PDT or Aug. 6 EDT/GMT).

"We took part of a space shuttle and put it on Mars," said Masashi Mizukami, an engineer at NASA's Jet Propulsion Laboratory (JPL) in Pasadena, Calif., in an email interview with collectSPACE. "It was an existing off-the-shelf design that could meet nearly all of the specialized [Mars Science Laboratory] MSL requirements as is."

The repurposed hardware, which brought together a team from NASA's planetary exploration and human spaceflight programs, needed to function for the rover's landing to be successful.

"On the propulsion side, this was one of the few [possible] single point failures on the mission," said John Habis, vice president of business development at VACCO Industries, which sourced the helium regulator for the shuttle program and serviced it for its reuse on MSL. "If this unit had not of worked, there was no backup." 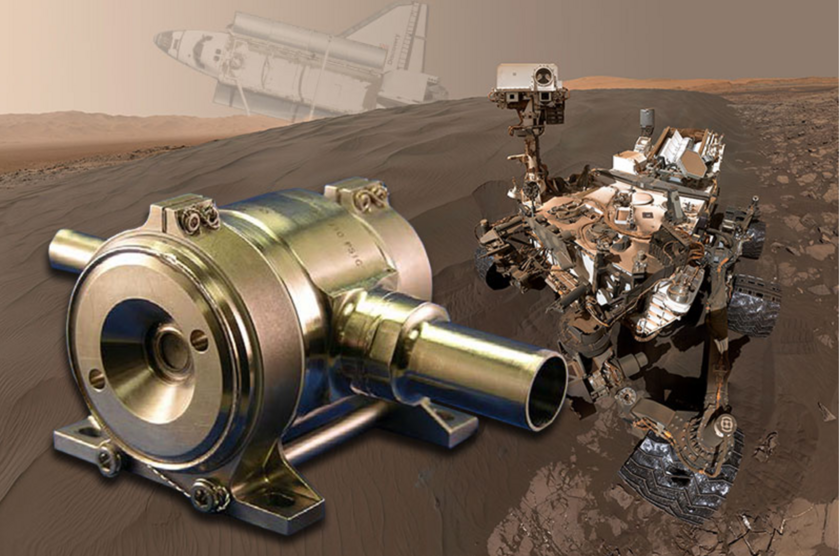 A pressure regulator that flew as part of a NASA space shuttle was reused on the descent stage for the Curiosity rover that landed on Mars five years ago.

Off the (shuttle) shelf solution

The MSL spacecraft dove into Mars' atmosphere five years ago this Saturday (Aug. 5).

To safely place Curiosity on the surface, the descent stage needed to deploy a supersonic parachute, fire eight rocket thrusters and then lower the rover using a sky crane, prior to flying itself a safe distance away to impact the ground. Everything had to work as planned and had do so without any real-time input from controllers on Earth.

"Many of us had gatherings to wait for that little beep to tell us that everything was good," Habis recalled.

For the rocket-powered portion of the descent, a pressure regulator was needed in order to precisely control the flow rate of the eight thrusters' hydrazine propellant. As a result of other program constraints, the lead time to develop such a component was limited, making an off-the-shelf solution the only real option.

"When JPL came to us, they had already exhausted one or two vendors for this application and they were not getting too far," Habis told collectSPACE. "It was while we were in discussions about other components we were doing for the [MSL] cruise stage that we discovered this opportunity was there, and they discovered what we had and what could be used."

Working across its programs and centers, NASA sourced for MSL three 750 psi helium regulators, including at least one that was extracted from the space shuttle Discovery.

Although based on the same hardware, the shuttle helium regulator needed to serve a different function as part of the Mars spacecraft.

To meet its new function and the much more demanding requirements of the MSL mission, the engineers atVACCO Industries needed to inspect the heritage hardware, modify it and devise a means to test it. 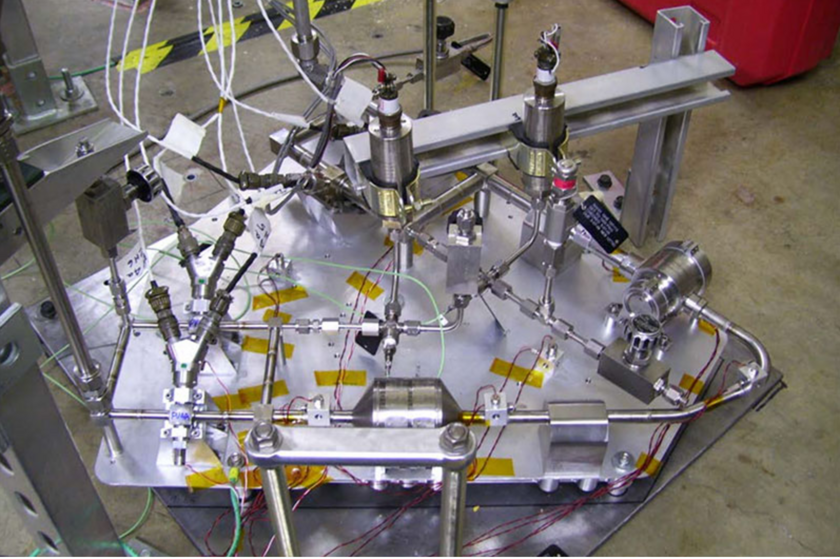 "The regulator [for MSL] had more stringent requirements than the shuttle regs as far as leakage and performance," said Dave Wicke, VACCO's vice president for engineering and technology, "so they had to be rebuilt very carefully so they could meet the greater demands for a long mission to Mars, versus a shorter shuttle mission."

"We had to create an elaborate test facility to model the entire 'seven minutes of terror,'" added Habis, referencing the title that NASA use to describe MSL's dramatic entry, descent and landing (EDL).

VACCO engineers modified the shuttle hardware with new components and serviced it so it was "like new."

"It really went out of here like it was a new unit from us. The only difference was that the raw material came from the shuttle regulators," said Wicke.

The shuttle regulator worked as VACCO and JPL intended, as did the entire descent stage, and Curiosity safely made it down to explore Mars' Gale Crater. During its first year on the surface, the mission accomplished its primary goal, determining that the planet once had the right conditions to support life.

Since 2014, the rover has been ascending and exploring Mount Sharp, the peak at the center of Gale Crater.

The regulator that helped put Curiosity on Mars, along with the entire descent stage, impacted the surface more than 2,100 feet away (650 meters) from where the rover landed. It will stay there until perhaps a future astronaut expedition retrieves its remains as an artifact of two NASA spaceflight programs. 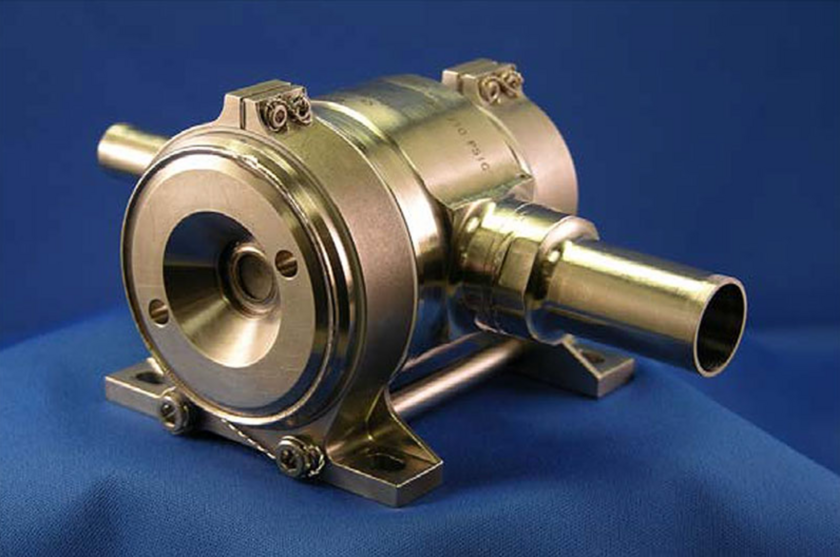 But that is not the end of the story for the shuttle's helium regulators. NASA is planning to land another MSL-based Mars rover in 2020, which will use the same EDL approach — including another of the reused regulators.

"We had good success on the first landing, so they want to repeat that. We don't want to skip a step," said Habis. "Not only are they using the spare we built for the first mission as now the primary, but we are also going to verify a spare for this next mission."

VACCO is also adapting the regulator's design for use on the core stage of the Space Launch System (SLS) heavy-lift rocket that NASA intends to use to launch astronauts on missions back to the moon and to Mars.

"We're proud for the engineering that was done well in the past and to be able to extend that forward to Mars and to what that could mean for future exploration and, hopefully, colonization someday," said Habis.

Emily Lakdawalla, senior editor and planetary evangelist for The Planetary Society, provided the initial tip that led to this article. Emily's first of two planned books about MSL, tentatively titled "The Design and Engineering of Curiosity," is due out in 2018. 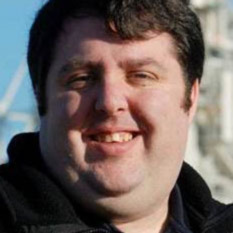