More than a decade ago, on February 28, 2007, New Horizons took this picture of Jupiter with MVIC, its color imaging instrument. Due to the nature of these observations, the Red, Blue, and NIR channels were completely saturated (they appeared bright white with no detail), but the narrow-band methane channel was well-exposed. As part of some instrument calibration work I re-processed this archival Jupiter data using the latest approaches we developed after studying the Pluto flyby data. The new processing approach results in substantial detail enhancement. 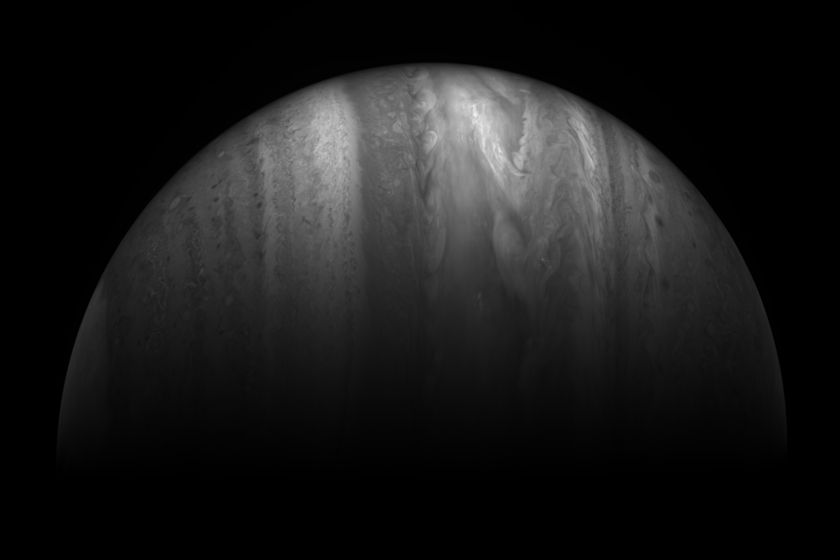 On February 28, 2007, New Horizons took this picture of Jupiter with MVIC, its color imaging instrument.

Since Jupiter is surrounded by a very harsh radiation environment, there were somewhat more cosmic rays in this image than in typical Pluto system images. I removed these using a software filter that identifies likely cosmic rays and patches them using the average of surrounding pixels. After this, I up-sampled the image resolution by a factor of two. Normally, this would not gain you anything in terms of image sharpness, but because we understand the properties of MVIC images fairly well now, I could deconvolve this up-sampled image using the known MVIC methane-channel point-spread function and achieve a real improvement in image resolution.

The resulting 6750-by-4500 pixel image reveals many subtle details in the patterns of Jupiter’s clouds. I will be re-processing some of the other data from the Jupiter flyby, and hope to update the successful full-color scans of Jupiter with similar techniques. 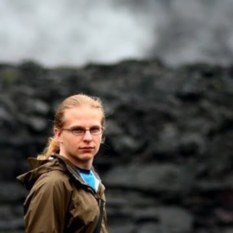 super cool, thanks for sharing!

Where to see Jupiter's photos from Juno? The useful and well done Cassini website shows all photos of Saturn and its moons, but the useless and badly done Juno website doesn't. Shame.