The Winter 2016 issue of The Planetary Report

The Winter 2016 issue of The Planetary Report is on its way to members’ doors. Planetary Society members can also download a digital copy here.

2016 was a very good year in terms of solar system exploration. From Venus out to the Kuiper belt, an impressive array of spacecraft surveyed our planetary neighborhood. In “Year in Pictures,” Emily Lakdawalla shares some selections of 2016’s exploration highlights.

Speaking of pictures, last September our own Jason Davis, Merc Boyan, and Casey Dreier, set off on an ultracool journey to visit the four main NASA centers building the Space Launch System and Orion crew module. Here, Jason serves up a visual sampling of their ten-day Rocket Road Trip. 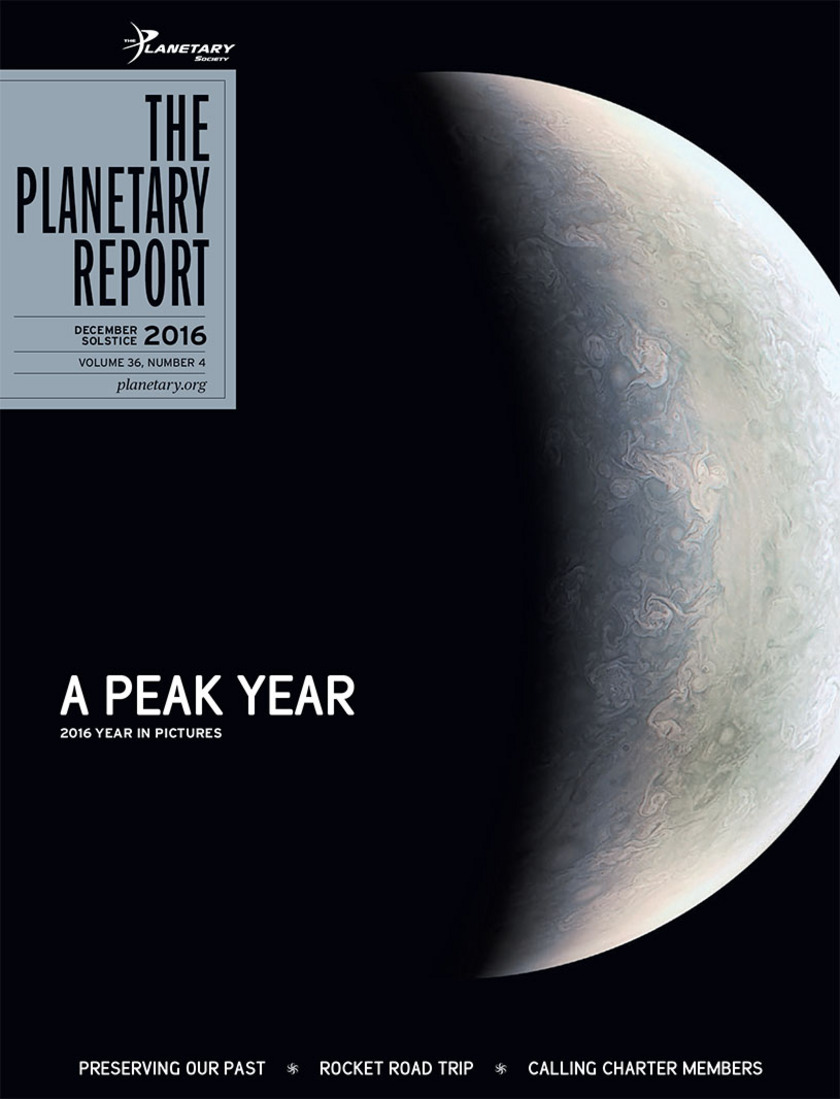 Winter 2016 issue of The Planetary Report

As an organization, The Planetary Society has matured from its early days as a youthful start-up into solid, mid-thirties adulthood. As such, we knew it was time to organize and preserve our history for future generations. In this issue, science historian Amir Alexander tells the story of how The Planetary Society’s archives became a part of the venerated Huntington Library’s permanent collection.

Jason Callahan and Casey Dreier present our board of directors’ recommendations for NASA under the new presidential administration, and Bruce Betts updates us on LightSail 2’s final Day in the Life test before it moves on to the next leg in its trip to the launch pad.

Plus, Kate Howells celebrates the diversity of our globe-spanning volunteers and Bill Nye assures us that, even under a new presidential administration, we are in a good position to help maintain a steady course of space exploration.

The Planetary Society has an optimistic and inclusive mission, which is to empower the world’s citizens to advance space science and exploration. If you are not a member yet, but you want to help change the world, we’d love to have you join us.