Rosetta in the Rearview: What Have We Learned?

Just over a month ago the European Space Agency’s Rosetta spacecraft finished its mission by spectacularly diving into Comet 67P/Churyumov-Gerasimenko, the subject of roughly two years of ground-breaking observations at unprecedented distances. Rosetta’s instrument suite made hundreds of thousands of observations and satisfied the mission’s goals to better understand the origins and activity of the comet. Now that the observing period has ended and all of the data returned to Earth, scientists met at the recent American Astronomical Society Division of Planetary Sciences meeting in Pasadena, California to discuss these results and their implications for the field of planetary science as a whole. How did observations by Rosetta influence and alter our ideas about the typical formation and lifetime of a comet? 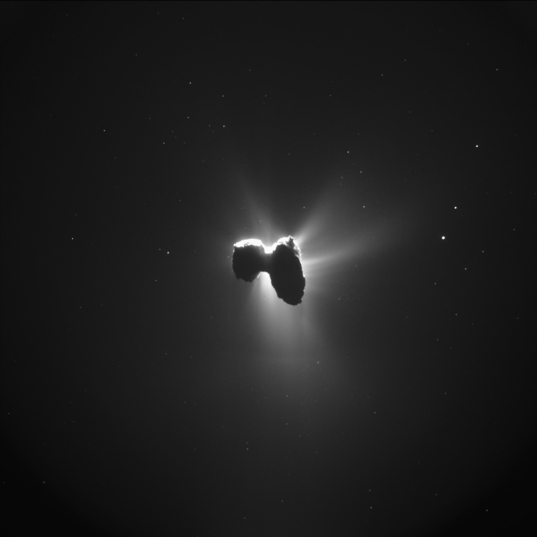 For years, planetary scientists have conceived of comets as the dirty snowballs of the solar system, largely made of ices but with a dusty coating that dulls their reflectivity, making them appear dark in observations. However, the OSIRIS camera team determined that the comet has a density of just 470 kilograms per cubic meter, less than half the density of water ice. The comet must be very porous, with lots of free space inside. You would think that the low density also implies an ice-rich (rather than dust-rich) comet, but OSIRIS found very few exposed water ice patches on the surface. A high porosity, near 70%, would permit a denser mixture with more dust and less ice and explain the lack of water ice patches and the density. Rather than a ball of ice covered in dust, it seems that comets are a mixture of the two: An icy dirtball may be a better description rather than a dirty snowball.

There’s more to the mystery of 67P, especially when it comes to the coma, or gas envelope that surrounds the central nucleus. Previous comet missions performed flybys of different nuclei, but never spent more than a few hours within 500 kilometers. Rosetta spent most of its mission much closer to 67P than that. Close-in observations of the coma by the R-Alice ultraviolet spectrograph instrument revealed that the same process that is responsible for night glow in both Earth’s and Mars’ atmosphere, electron impact excitation, plays a role in the coma of comets as well. Eric Schindhelm showed that the emission is caused by electrons colliding with molecules, exciting the electrons in those impacted molecules in a way that allows them to emit a photon. No previous ultraviolet observations of cometary coma had seen any evidence of this excitation mechanism. Not only was R-Alice able to show that this mechanism was present, but R-Alice was able to track the process for more than two years!

The coma contains much of the gas that escapes from the porous comet, providing instruments on board the opportunity to sample the gases trapped inside. Rosetta used the ROSINA mass spectrometer to sample what gases were nearby, and spectrometers like R-Alice, MIRO, and VIRTIS to remotely detect the coma’s composition. ROSINA made the first detection at the spacecraft of molecular oxygen, O2. Molecular oxygen had never been observed before in a cometary nucleus and here it was being detected at the ~5% level relative to water (for every 100 water molecules ROSINA detected there were roughly 5 oxygen molecules). This discovery came early in the escort phase of the mission, before 67P had reached a point in its orbit where it was much closer to the Sun and the sublimation of ices on the surface would increase the amount of gas in the coma. As the comet got closer to the sun and more gas entered the coma, it became easier for the spectrographs to try and corroborate ROSINA’s measurement. 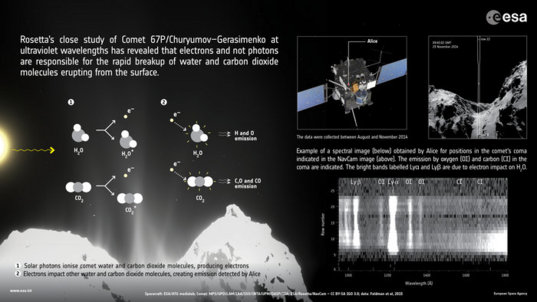 Observations taken by the R-Alice instrument monitored how light from bright stars was altered as it passed through the coma, a process often used for determining the contents of atmospheres of much larger bodies. These observations showed a substantial amount of molecular oxygen in the coma. Brian Keeney showed that when comet is closest to the Sun, there is a larger abundance of oxygen relative to water than the ROSINA measurements show from a year earlier. The detection of molecular oxygen in one of these ancient relics of our earlier solar system gives an insight into the original chemical composition of the protoplanetary disk that formed our planets, moons, asteroids, and comets. However, the volatility of molecular oxygen and the ease with which it can escape a small body like a comet makes it difficult to explain how something like 67P was able to hold on to this much oxygen after four billion years in the outer solar system. Explaining the molecular oxygen content of 67P will be one of the many challenges that comet scientists will face in analyzing the comet’s past.

One reason that it's hard to imagine how comets hold on to oxygen is because of collisions between comets, which might impart enough energy to drive off the volatile gases. Alessandro Morbidelli, Martin Jutzi, and Patrick Michel gave a series of talks about collisions on 67P. They analyzed the probability of 67P undergoing collision in the early solar system, the results of low speed collisions on the cometary nucleus, and whether it was possible to form two-lobe shapes from re-accretion of larger bodies. Morbidelli showed that the last collision that 67P had experienced was most likely between 250 million and 1 billion years ago, relatively recently in the scale of the solar system. The low speed collisions, Jutzi explained, would be unable to sufficiently heat the nucleus to the point that most volatiles would be lost but could create the double lobe comet. Re-accretion of bits of a larger body could form a similar shape, and again only experience local heating from the impacts. Both scenarios would allow the comet to retain a large amount of its primordial volatiles, something that is critical to making sure that molecular oxygen and similar volatiles were not formed after the comet through high energy particle impacts.

The frozen time capsule from our early solar system that is 67P has provided the Rosetta team and the planetary science community with incredible data. The relatively pristine and primitive nucleus may have been altered recently, but it contains clues about the early protoplanetary disk. The revelations that the comet didn’t have any exposed water ice on the surface and that electron impact excitation proved to be an important mechanism in the near nucleus coma are unprecedented, and would not have happened without Rosetta's uniquely close observations. The unexpected discovery of molecular oxygen provides an important clue about the collision history of the comet, with two possible methods of creating the double lobed structure without losing all of the easily sublimated volatiles like O2. Though the Rosetta mission has come to an end, the data from it will remain the best cometary data available to planetary scientists for years, as the next cometary mission hasn’t even been proposed yet. The issue with all asteroid and comet missions is that the sample size remains so small; out of the millions, if not billions of asteroids and comets we have only studied a handful. Rosetta’s instrument resolution and ability to escort the comet through its orbit are two incredible unique factors that must be replicated in the future to improve our understanding of these planetary fossils. 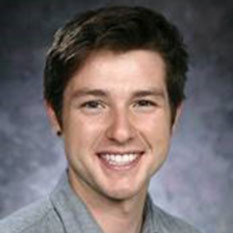 John: Great post! Thank you. One comment... "Now that the observing period has ended and all of the data returned to Earth via the Deep Space Network," gives the impression that all data were returned *only* via DSN. This is incorrect. While DSN support throughout the Rosetta mission was indispensable, ESA's own deep-space stations (Argentina, Spain and Australia) also provided stellar support throughout, including transmitting telecommands and downloading telemetry and science data. More details: esa.int/estrack