ESA opens its ears to citizens of Europe

On 10 September, the European Space Agency gathered 2,000 people around the continent to discuss their future in space. The “Citizens’ Debate” took place in 23 venues – one more than there are member states because Estonia had two locations – to understand public sentiment about space exploration. It was something ESA Director General Jan Wörner had planned from before he got the job.

“As candidates for the position, we were asked for our vision,” Dr Wörner said at a Young Professionals Program panel at the International Astronautical Congress. “The selection panel expected something like the Moon Village or the Journey to Mars, but I said my vision was to do what the public wants.” 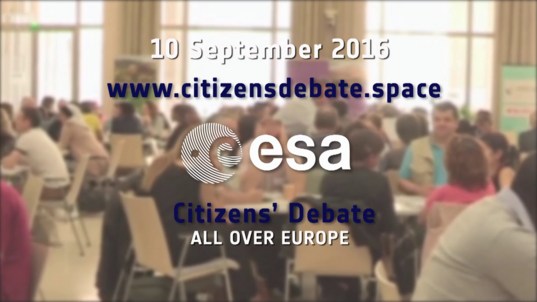 On 10 September 2016, over 2000 citizens from 22 European countries participated in the first ever Citizens’ Debate on Space for Europe. Never before has the future of space activities been addressed in such an event held across so many countries.

The agency has always been answerable to the public, but indirectly, through the medium of elected representatives and national delegations. ESA has also conducted consultations in the past, looking for new ideas from stakeholders, such as in the Green Paper of 2003. But asking the public directly offered the opportunity to find out what people were thinking in regions where space is not something that wins or loses votes at the local or national ballot box. Although the European Union (through this report, PDF) and private space companies have surveyed the public in Europe about space in the past, this face-to-face meeting with the promise of open access to the results was a giant leap.

On the anniversary of his arrival in office, Dr Wörner’s vision for openness was being fulfilled as ESA announced the plans for the Citizens’ Debate. The idea was to conduct qualitative research into the public opinion of space and space exploration.

Participants received some information in advance, and a video primer, and were then given the opportunity to discuss their ideas and give feedback in words, pictures, and ideas. While some questions were tightly structured, others left open answers. The debate was based around six different sections – themed from “warming up” through “space and me”, “Europe’s role in space exploration and exploitation”, “the global governance of space”, “preparing the future of space for Europe”, and “conclusions”.

The people involved were clearly self-selecting and many already had an interest in space, but the activity still had value for Wörner and for ESA. Preliminary results began to appear online within a day, and results are still being uploaded – you can see what questions were asked and how responses varied from country to country. The organizers will also upload resources for replica debates so that schools, universities, or other groups can try out the topics and questions for themselves.

Answers in several sections are straightforward – such as whether it is acceptable for international institutions to exploit space resources through mining (80% thought yes) or whether it is all right for an individual country to claim sovereignty over areas of space (79% thought no). However, questions such as the prioritization of different parts of the space program will need clarification as the results are finalized. The results of the debate are being returned to each member state, and should inform the next ESA Council at Ministerial Level in early December. While the general public are not the only stakeholders – national governments, industry, and academia, are vital to ESA’s programs and plans – publishing what the public is interested in is a brave move. If it should lead to any change in ESA’s budgeting priorities it would be truly revolutionary.

Thank you, I was so impressed by the diversity, creativity & #European spirit of debaters in all 22 states! #ESACD16 pic.twitter.com/ewomf4WpFs

Our spirit is in the skies, but we must stay connected to the ground and to the people! #ESACD2016 #CitizensDebate pic.twitter.com/V6ozI5Ol3b 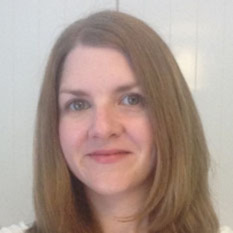