An Astronomer Learns to Make His CASE

Science in America depends on federal funding, yet many young scientists don't understand how the U.S. government decides to spend its money on science, nor are they encouraged to use their new degrees to advise the process. This is changing with support from the American Association for the Advancement of Science (AAAS). From 17–20 April 2016, AAAS held a workshop titled Catalyzing Advocacy in Science and Engineering (CASE). This workshop invited 50 graduate and undergraduate students from various academic associations and universities to learn about the federal budget and advisory process, and to develop science advocacy skills. The academic associations and universities sponsored all students; I am grateful to the American Astronomical Society for sponsoring my attendance.

I was surprised at how the lessons and lectures they presented could be applied to many disciplines. I was the only astrophysics graduate student in attendance; I was surrounded by neuroscientists, biologists, chemists, and ecologists. Even fields relevant to everyday life were under pressure to justify tax money expenditure, just the same as astronomy.

The workshop kept returning to two major themes. First is the saying: "There are three parties in Washington; Republicans, Democrats, and appropriators." Whenever a budget must be passed, control of what's in the budget lies with the members of the relevant committees to which sections of the budget are delegated. Appropriators may be from either party, and appropriators often do not blindly vote along party lines. I learned that relationships among committee members are important: the members of a given committee might have friendships and alliances that cross party lines due to their shared work on a given subject that they enjoy.

What do the personal interests and relationships of an appropriator mean for advocacy? The workshop advised us to take a proactive/positive tone with our arguments. To convince appropriators and their science advisors, it is more effective to advocate for the value of your own field than to suggest the diminishment of another's budget to boost your own. To disparage another field runs the risk of insulting a friend of the appropriator who favors that field.

The workshop's second major theme was the importance of understanding when in the budget cycle it is effective to advocate for funding. Too often, advocates meet with science advisors of members of Congress after its committee has already made their decision. Advocates look uninformed when they are out of sync with the budget cycle.

There are three budgets at work at any given time: the budgets for the current year, and those for the next two years (see the figure below). During the CASE workshop in April, the 2016 budget was being spent, the 2017 budget was working its way through Congress and appropriations, and the 2018 budget requests were already being internally planned by each government agency. The best time to advocate is late March/early April of a given year, right after the budget release (if the release is on time). A good way to make sure your arguments for astronomy are heard and have an impact is to participate in a Congressional Visit Day hosted by the American Astronomical Society.

One of the largest activities during CASE was a mock reconciliation meeting in which groups of us were assigned parts in the Senate and House, and from Commerce, Justice, and Science backgrounds. We were given booklets of summaries of each of the different categories up for funding decisions, such as NASA's SLS rocket or the Justice Department's Federal Prison System. It was eye-opening to see how the budgets of such wildly different departments were decided by the same committee, all while having to negotiate between the two parties, and landing close enough to the White House budget request that the budget can pass both the executive and legislative branches of the government.

The workshop ended with visits to the Senate and House offices. While the funding for our respective science fields had been decided already, we used the opportunity to discuss the AAAS and the growing interest in science policy within our graduate communities. We received a very warm welcome. Many of these advisors must serve in multiple capacities and juggle different subject matters. Developing a relationship with a constituent who has in-depth knowledge of a field and how it affects their home state or district makes the advisor's life easier while also enabling accurate science communication from our end.

It seems that graduate advisors are more supportive of their students entering policy careers than they used to be. Those who attended CASE tended to fall into two camps. Grad students from older, more established departments had to beg for leave to attend. Those working with younger advisors generally had a much easier time. We speculated that it was due to the oversubscription of applicants for tenure track job offers: that younger advisors and departments tend to be more open to alternate career paths, since they have recent experience with the difficulty of landing an astronomy job in academia. It's a generational change that even the AAS Policy Fellows were commenting on.

In closing, the AAAS CASE Workshop is a great opportunity. Graduate students from all different fields are more aware of opportunities to advocate for science. The AAAS provides fellowships for recent graduates to lend their science and engineering expertise to policymakers. I recommend that any student interested in making sure astronomy's future is well-funded, apply for sponsorship from the AAS or their home institution for next year's CASE workshop. 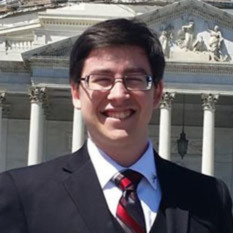