LPSC 2016: Differentiated meteorites provide a glimpse of the early solar system and planets

At this year's Lunar and Planetary Science Conference (LPSC 2016), there was an afternoon session devoted to a group of rocks from space called differentiated meteorites, and their proposed parent bodies. Before I tell you about the presentations in the session, I’ll take a step back and explain what differentiated meteorites are and why we’re interested in them.

The processes of planetary formation started at the birth of our solar system. Gas and dust particles collided to form grains, then pebbles, and then larger (1- to 1000-kilometer) bodies called planetesimals. Most of these planetesimals became the terrestrial planets we see today (Earth, Mars, Mercury, Venus) or were destroyed during collisions. But in a region of the solar system that lies between Mars and Jupiter, this process ended early. The formation of Jupiter, the largest planet in our solar system, sucked up the excess gas and dust around the forming planetesimals, and halted their accretion. That region of the solar system, the main belt of asteroids, preserves a record of the process of planetary formation.

Even though asteroids are caught in an early stage of planetary formation, they've experienced geologic activity. The solar system began with a small amount of the short-lived radiogenic isotope aluminum-26. Planetesimals that formed early incorporated aluminum-26. As the isotope decayed into magnesium-25, it released heat, warming the interior of the body. Some planetesimals warmed enough for differentiation to occur. In differentiation, denser materials like metallic iron and nickel sink to the core of a body, leaving a silicate mantle on top. This silicate mantle can also differentiate, forming a basaltic crust and a denser silicate mantle. In larger bodies, like Earth, Mars, and the Moon, this process is thought to be complete. For smaller bodies, the process did not always complete.

When studying the planets and asteroids there are two main questions that scientists want to answer: What is the planet made of? And how has it formed and evolved?

Answering these questions allows us to investigate how unique our Earth is, and why the Earth, Mars, Mercury and Venus turned out so differently. A number of different approaches can be used to piece together answers to these questions. Some scientists observe the planets and asteroids directly, either through telescopes on Earth or remotely through missions. These observations can tell us about the size and shape of the planets, and their gravity. We can also get an idea about the surface composition. Other scientists, like me and the other scientists presenting in this session, are interested in the chemistry.

Chemical signatures in the asteroids record the formation and evolution of the planetary body. Unfortunately, we have never landed a spacecraft on a main-belt asteroid to sample its surface. Past asteroid missions NEAR and Hayabusa, and future sample-return missions Hayabusa2 and OSIRIS-REx, are all visiting near-Earth asteroids, a different population. So we must observe main-belt asteroids remotely to measure their general surface composition and geophysical properties, either from the Earth’s surface or through missions like Dawn. Meteorites provide our main source of samples, allowing us to examine the chemistry of planetesimals directly. Most meteorites are chips off of asteroids, and one group of meteorites can even be traced back to its specific parent asteroid. (More on that below.)

At the LPSC session, scientists talked about three groups of achondrites: the HEDs (howardites, eucrites, and diogenites); the angrites; and the ureilites. I’m going to focus on the HEDs, as this is my research specialty, and it provides a good case study of how different approaches can combine to build up a picture of a planet.

The HED meteorites are unique, as they are the only group of meteorites we can link back to their parent asteroid – 4 Vesta. Vesta is the second largest asteroid in our asteroid belt, and is the only large asteroid which shows evidence for complete differentiation. The HED-Vesta link was first made in 1970, and confirmed by the NASA mission Dawn, which visited Vesta before moving on to Ceres. One of the most significant finds from Dawn was that there were two large craters on the south pole of Vesta, indicating that a large amount of material has been launched off of it, which could account for the wealth of meteorites that we have. This link means that Vesta is one of four planets that we can directly sample (Earth, Mars and the Moon being the other three) and we have nearly triple the amount of material from Vesta than we do the Moon! 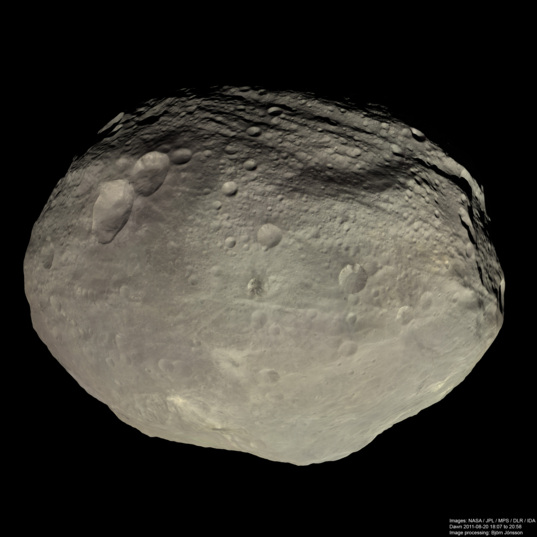 The asteroid 4 Vesta is the only remaining intact differentiated planetary building block, and the source of the HED achondrite meteorites.

Scientists have looked particularly closely at the eucrite flavor of HED meteorites. Eucrites are basaltic, a volcanic rock composition that is extremely common across the solar system, found on the surfaces of Earth, Moon, and Mars. The eucrites' isotopic and trace element signatures suggest that they formed on a small planetesimal that has lost some component of its lighter elements, which agrees with the observations and measurements of Vesta.

The first part of this LPSC session focused on ways that scientists are trying to unravel and interpret the chemical signatures seen in eucrites. The discovery of more meteorite samples and advances in geochemical analysis have complicated the eucrites’ story and meant that scientists have had to update the system of meteorite classification.

Chemical isotopes are a useful tool for investigating planetary processes. Some isotopes can be used as a proxy for planetary parentage. The updated classification suggests that not all of the eucrites originate from one body. David Mittlefehldt and Matthew Sanborn both discussed this during their talks, with Mittlefehldt looking at variations in oxygen isotopes, and Sanborn looking at chromium isotopes. They both came to the same conclusion: there must have been more than one Vesta-sized body in the asteroid belt. From a geological point of view this isn't surprising; basaltic melts are what you make when you partially melt a rocky body, so if many planetesimals experienced partial melting, then there should be basalts all over the place. However, the observations of over half a million asteroids in the asteroid belt suggest that Vesta is unique in showing a basaltic crust. All of the other bodies must have been incorporated into the larger bodies when they formed, or were completely smashed apart during collisions.

Isotopes can also tell us about planetary degassing and the role of volatiles during volcanic eruptions, and Thomas Barrett discussed chlorine isotope signatures and their trends seen across the different volcanic eucrite groups. Work like this can help us answer the question about how much volatile material (e.g. water) there might be on a planet when it forms, or what brought the water to the planet.

I take a slightly different approach to understanding planetary differentiation. Instead of trying to infer the processes which have occurred from the chemical signatures recorded in meteorites, I use a forward modeling approach. I try to synthetically produce the minerals and chemistries, a discipline called Experimental Petrology. The idea is very simple – I mix together the chemical elements that we think the rock of interest is made from, and then (for want of a better word) bake it at high temperature and pressure. I then look at the sample and compare it to the meteorites. The reasoning behind this approach is that if we can recreate the chemistry we see, then we know what conditions the rock formed under, and what the composition is. This approach has been used extensively to understand the diversity of rocks seen on Earth, the Moon, Mars and Mercury, with many of the LPSC sessions including talks from other experimentalists. In this session I was talking about how the chemistry of different minerals changes over the course of crust formation of Vesta, and in particular how the trace elements (like the Rare Earth Elements) divide among mineral phases. Understanding this kind of behavior is essential for understanding the observed range in chemical signatures of the HEDs.

Jasmeet Dahliwal concluded the discussion of the HED meteorites by talking about her work which looks at the siderophile elements in eucrites and diogenites. Siderophile elements are ‘iron-loving’: during the planetary differentiation process, they are sequestered into the metal core, and therefore are not found in crustal rocks. Indeed, the siderophile elements (such as osmium and platinum) are present in much lower abundances in the differentiated meteorites than the undifferentiated ones, and are used as a tool to quantify core formation on planets. Dahliwal spoke about the analytical difficulties involved with measuring such small concentrations of these elements, inkeeping with the observations from the moment of inertia and gravity field that Vesta has a metal core, and how these elements may be used to measure the crystallization processes of the silicate portion of a planet.

So to conclude what we learnt from this session is that progress is being made into understanding how Vesta formed, using detailed chemical measurements. There is still a lot of work to be done in the field of meteoritics though, particularly with new samples being discovered and collected every year.

We’re lucky with the HEDs, as they can be put into geological context with their parent body. The results and implications of the chemical work can be compared with the observations of the planet, such as by trying to match Dawn observations of specific surface areas of Vesta with actual meteorite compositions. 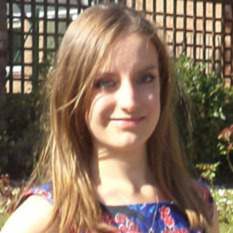 I thought the researchers had decided that there was NO perscovites in the parent body, that all the spectra was from impact splash ? Doesn't that change the origination theories ? Any links to some data on the Al-26 to Mg-25 proportions ? This is now the majority opinion for thermal mods, but the data have been mighty skimpy to us not at these meetings.

no editing.... How does the suggested "radionuclide reset" work with the Al-26 proposal ? Shouldn't there be a lot more Mn-25 after the shattering and re-condensing of the parent bodies? Shouldn't the olivines show more rad damage in the diff and the undiff groups?